It ‘s early Saturday morning. Spring in Chicago. The kind of hour that an auto enthusiast looks at as the golden hour. The roads are clear and the weather is back from the brink of a wretched Chicago winter.

And I have a red BMW parked in my garage. Yes the MINI is gone and I ‘m back to rear wheel drive with a propeller on the hood. I wouldn ‘t call the car “just ” a BMW, yet it doesn ‘t quite justify a real M badge (despite the peppering of that letter throughout the car by the company). It ‘s not single purpose driven like the Z4 M that I ‘ve lusted after for years, or the perfect urban runabout like a stock manual transmission Cooper would be. Instead it might just be the best all around automobile I ‘ve ever owned. 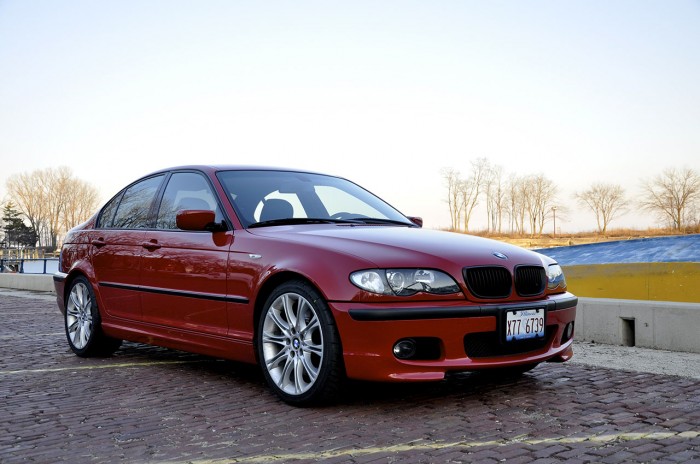 Every so often the right people inside a car company get just the right amount of freedom, time and budget to create something out of nothing. The BMW 330i ZHP was born out of these circumstances. It was 2001. The new E46 M3 had just hit the market and the critics were buzzing with glowing reviews and sales were off to a robust start. Yet the public (specifically the US market) was quietly asking where the four door version of this latest M3 was. The previous iteration (the E36 M3) had one, why not this new car? Where was the answer to the four door Audi S4 or the Mercedes C32? Why was BMW simply ceding this market?

As it turns out the accountants in Munich simply looked at the market for the four door, the tooling and engineers costs associated with bringing it to market and said no thanks. And that should have been the end of the story. But a few enthusiasts deep within BMW knew better. So they went about creating a hybrid of sorts. An Alpina tuned, M engineered and BMW individual designed creation that would turn out to be one of the best sport sedans ever released by BMW. 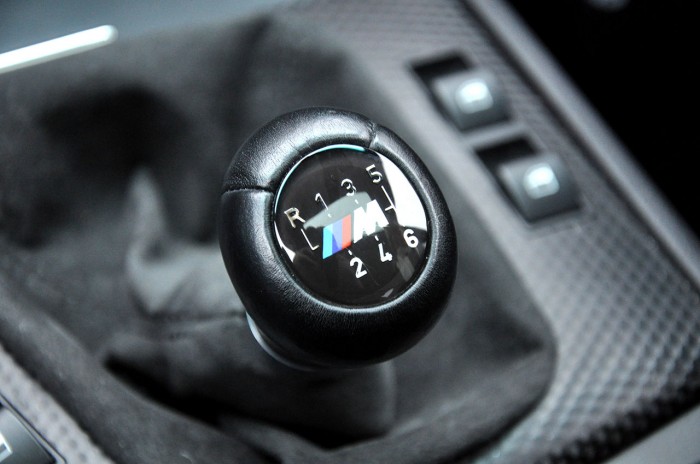 Ok I ‘ve clearly given away a little too much already. Yes I am completely smitten by my new BMW 330i ZHP. For those that missed my previous pieces on the purchase, it ‘s a 2004 Imola Red four door (as all were in 2004) complete with almost every option available. Oh and it was a steal at just over $20k and under 20,000 miles.

It ‘s not a perfect car mind you. The Alcantara steering wheel feels like it dematerializes a little more each day (BMW has since improved the material they use). Then there are the bespoke engine electronics (giving the car such a responsive yet livable throttle feel) that allow for the idle to get a little confused at times. Finally there ‘s the depressing lack of a limited slip (BMW likes to keep those for M products these days) that makes tail out power slides less likely. 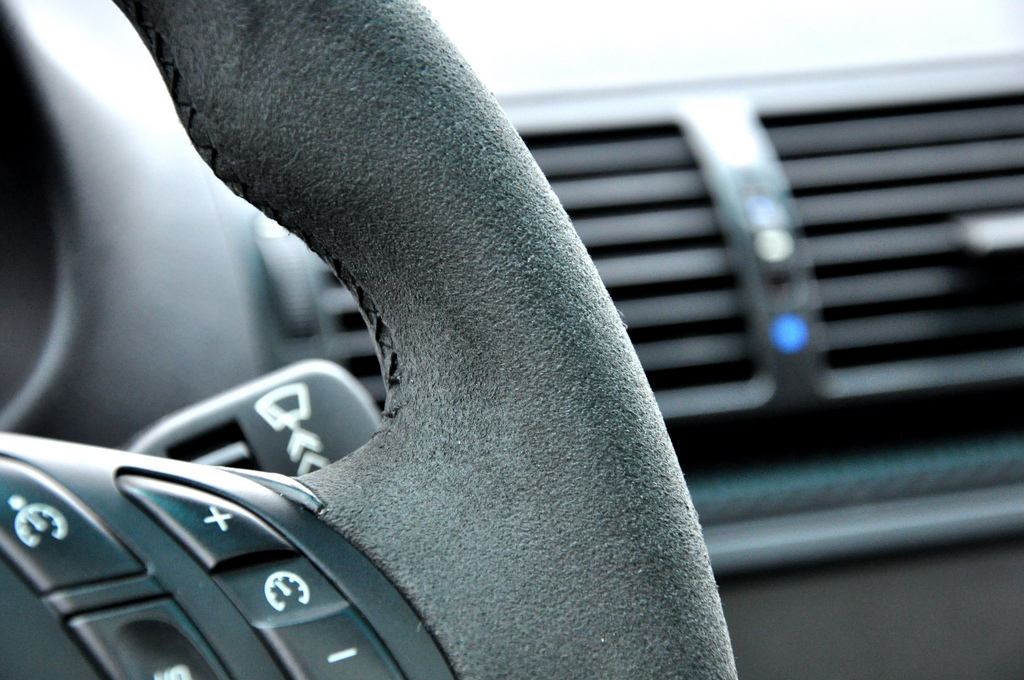 But that aside the ZHP is very hard to fault. The 235 hp & 222 ft·lbs of torque wasn ‘t setting records in 2004 and certainly can ‘t hold a candle to BMW ‘s new 3.0L 300hp twin-turbo (soon to be 320+). But there is something a little more honest and tactile about the naturally aspirated massaged M54B30 3.0L. Power builds as revs do and there is a turbine smooth delivery that cannot be mistaken for anything but a BMW inline six. it ‘s intoxicating on the on-ramp and at the track but is also completely livable and useable in a bumper to bumper Chicago commute.

The engine and drivetrain were thoroughly modified resulting in a much quicker revving experience with the best short-throw hot knife through butter transmission I ‘ve ever driven from BMW – including pretty much any M product.

The suspension was substantially upgraded on the ZHP by the M Division with firmer springs, shocks, bushings, larger anti-roll bars, and a lowered ride height. Yet none of it makes the car tiring on the worst pothole ridden roads around Chicago. M struck the perfect balance between every day livability and on road performance. This may not be the perfect suspension for the track (few roads cars can come close to boasting that) but it ‘s the closest compromise I ‘ve ever driven.

Outside BMW made the car look the part with the off-the shelf M aero-kit which is more angular and (in these eyes) is actually a little more aggressive looking than the M3 ‘s kit. Additionally I added a matte black grille (similar to BMW performance grilles just released for the latest 1 and 3 series) to further the performance look.

Inside BMW made liberal usage of M accessories with the alcantara M steering wheel and shift/ebrake boots, anthracite headliner and M black cube trim. It creates a sense of occasion that no other E46 interior had outside of the M3 CSL. 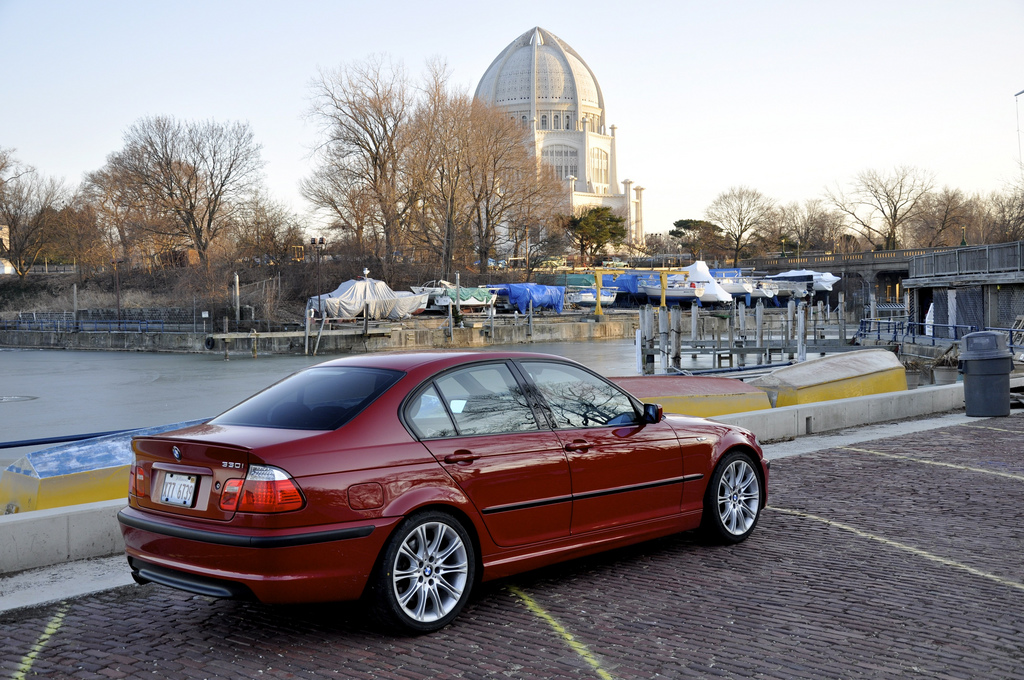 Here ‘s a full rundown of the stock upgrade and specification changes: 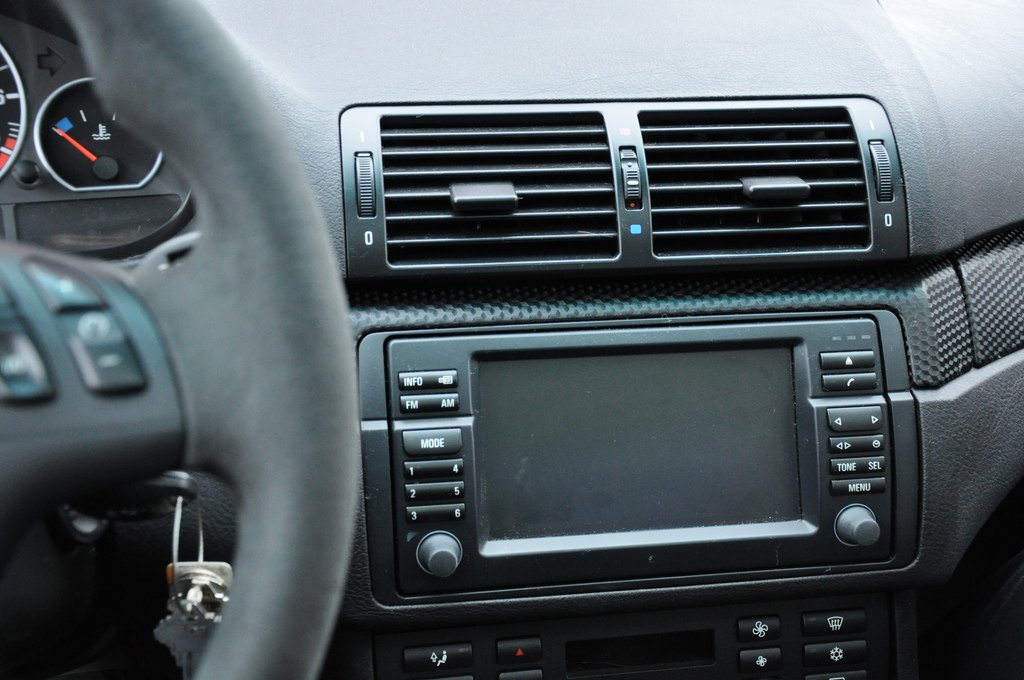 So yes, this is a rather unique car in how it was created and the resulting product. But is it worth the money with 325i and 328i E90s selling for similar prices? For the enthusiast I would say yes resoundingly. This isn ‘t as a pure statement as an M3 but it ‘s much less compromised than almost any other standard BMW product I ‘ve ever driven. To put it another way, this is the best all around BMW I ‘ve ever driven. And this is also a classic BMW – one of the last. Getting into the ZHP from an E90 is eye-opening. The steering wheel, shifter, controls and even the dials feel as if they ‘re almost from another era. There ‘s a classic feel to it all that creates an experience that is hard to pass-up.

It ‘s not the perfect car and it ‘s certainly not the most powerful. Yet it poses both tangible and intangible qualities that create the kind of owning and driving experience that is aimed squarely at the classic BMW enthusiast. It ‘s pure when it needs to be and modern when you need nothing more.