The 4 Series is not new. That was the phrase that echoed in my head as I carved through Highway 99 in northwest Washington State in the 428i. As much as there are key differences, this is a two door 3 Series through and through. And yet BMW has enhanced its visual and performance DNA enough justify moving this car up one number.

Basics first. Our 428i test car was equipped with the N20 four cylinder and the ZF 8 speed automatic you’ve probably heard about. The combination is just about perfection when graded as a spirited daily driver. That said driving the 428i back to back with an M6 Competition Package you get a sense of what the M4 is going to be like with it’s 420 hp + torque monster of an inline six turbo. 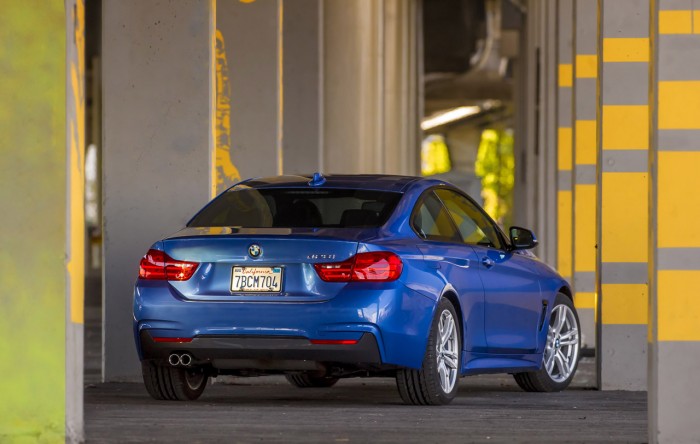 The other key option was the M Sport package (aero-kit, M Sport steering wheel, 18″ M wheels and the required Sport seats) and M Sport brakes. The latter was of the most interest to us since it’s a new option BMW is spreading across every car based off of the new 3 Series architecture.

Thankfully they felt worth every penny of the $650 BMW charges for the option. Much better progressive and responsive pedal feel than the standard set-up, the M Sport brakes should be a no-brainer for any enthusiast ordering this car. 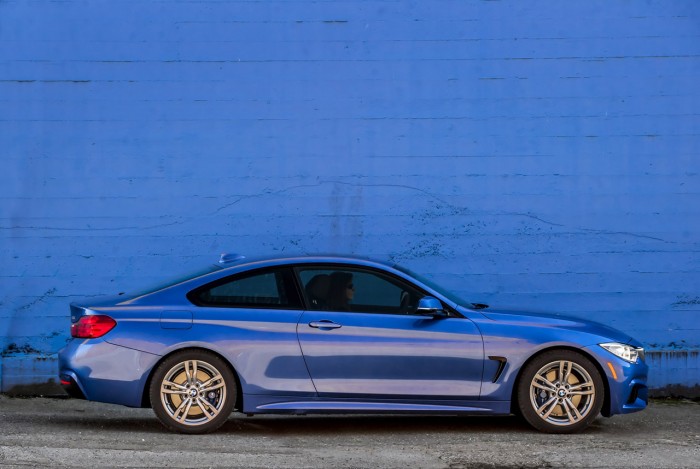 Elsewhere the 428i is about what you’d expect. Endowed with electrically assisted steering, it’s lost some of that “feel” that the E92 had and the E46 had even more of. Yet weighting is good and responses feel linear enough that the vast majority of owners won’t give it a second thought.

The 428i is 3470 lbs, some 75 lbs lighter than an equivalent E92 328i. While the switch-over from the inline six to the four cylinder is surely responsible for most if not all of that weight loss, it’s appreciated nonetheless. Driving dynamics are typical BMW, so as to say nearly impeccable for road use. Even over elevation changes and off-camber turns our 428i test car felt not just confident but almost unflappable in its composure. Credit goes to the tires, suspension (identical to the F30 3 Series) and the lowest center of gravity in the BMW fleet sans the new i8. With so much of that 3470 lbs down low the 428i feels more willing to change direction with no drama and little time wasted. If you’re looking for the definitive difference between the 4 Series and the F30 3 Series, this is it.

As much as BMW wants to talk about the 4 Series moving away from the 3, the interior is very much a derivative. All the hits and misses of the F30 interior are here along with that helpful robot arm that hands you your seat-belt. 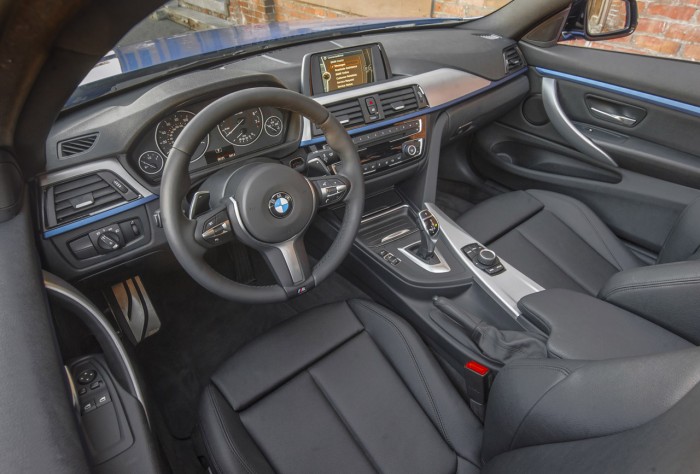 In the back the seating is roughly the same as the previous car which is to say comfortable for short to moderate trip or for small humans only. Perfect for a coupe in our opinion.

The big question in my mind is, which 4 Series coupe to lust after (if any at all)? While we’re focusing on the 428i in this review, I did get a chance to drive the 435i back to back with this car. The N55 power 435i is clearly quicker in a straight line, but the 428i feels noticeably more nimble. Why? The weight difference is not too big at 160 lbs. But it’s not the weight as much as where the weight is. Unlike most BMWs that are almost perfectly balanced with a 50/50 weight distribution, the 435i has a 52.1/47.9 % front to back ratio. Compare that to the 428i at 50.4/49.6% and you start to understand why the 428i feels decidedly more athletic in most situations other than a straight line. We’ll leave you to be the judge of the two based on your needs, but I’d have a hard time choosing the more powerful 435i over the more well rounded 428i.

Combine the cost and MPG benefits and the 428i starts to look like the smart choice between the two models.

Has the 3 Series Coupe survived the transition in price, size and name? In a word, yes. The 428i follows the long tradition of a good performing, handsome two door coupes that makes an exceptional ownership proposition. In fact BMW has honed this formula for so many years the 428i almost feels faultless when you look at the competition. Sure there are niggles. Cheap plastics shared with the F30 inside and a front facia on the non M-Sport models that is questionable at best. But overall this is another in the long line of exceptional mid-size BMW coupes.

BimmerFile Review: A Week with the BMW M4