In just a few weeks time the annual EICMA trade show will take place in Milan, Italy. Two wheel manufacturers from around the world will gather to present their best and brightest. Last year saw Vespa debut the stunning 946 while BMW teased the “Boxer” production model, which we now know as the BMW R NineT from its online world debut just this last week. The BMW R NineT will be shown in the metal for the first time, but along with it two other pivotal BMW Motorrad machines will also make their debut. 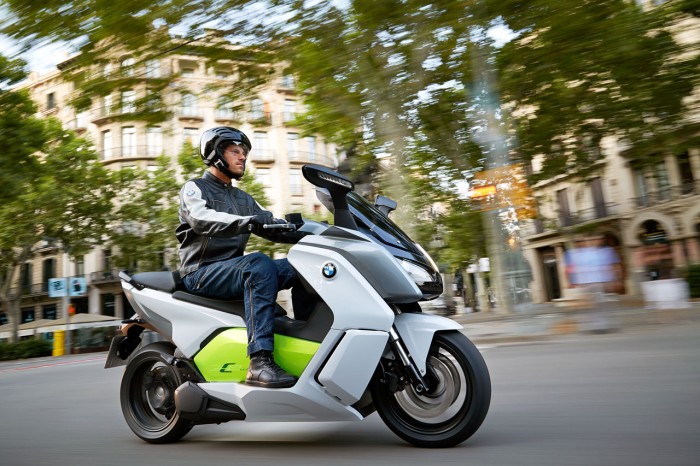 The BMW C Evolution electric maxi-scooter will show in its final production form for the first time. Displayed last year as a pre-production prototype, lucky attendees at this year’s BMW Motorrad Days were even able to test ride pre-production models. The C Evolution made its web debut just a few weeks back and the only mystery at this point is pricing. 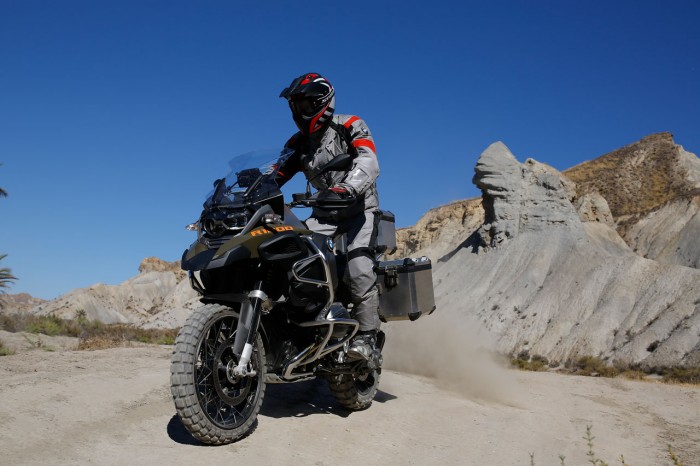 Rounding out the world debuts from BMW this year is the newest generation of the R 1200 GS Adventure. While the R 1200 GS in base hit showrooms in early 2013, the much anticipated Adventure variant had its internet reveal just a few short weeks ago. This turn-key world traveller has set the standard for adventure touring motorcycles and while many have tried, none have yet to topple it from the top of its dirt hill.

In addition to these three world premiers we’ve already previewed, BMW is planning to reveal an additional two models as yet unseen. Will these be variations on the NineT, or will BMW show the first small-displacement fruits of its partnerships in India?

Last on the official list of show content, BMW will present a new line of BMW Motorrad rider equipment, including an all-new leather racing suit co-developed with Dianese. The DoubleR RaceAir with D-Air® will feature Dianese’s built in airbag system.

EICMA runs publicly from November 7th through the 10th, with BMW holding their official press conference November 5th in Hall 14.