The M235i is likely the most anticipated non-M new vehicle on these pages since the 135i debuted in 2007. So it’s with great interest that we wake up this morning to an early look at the two door via 2addicts and a sneaky camera phone.

Someone managed to snap a few photos of the car at a recent US event where it was being shown off to dealer principles ahead of it’s March sales launch. The 2 Series will debut on the internet this Friday with a full live reveal scheduled for Detroit in early January. 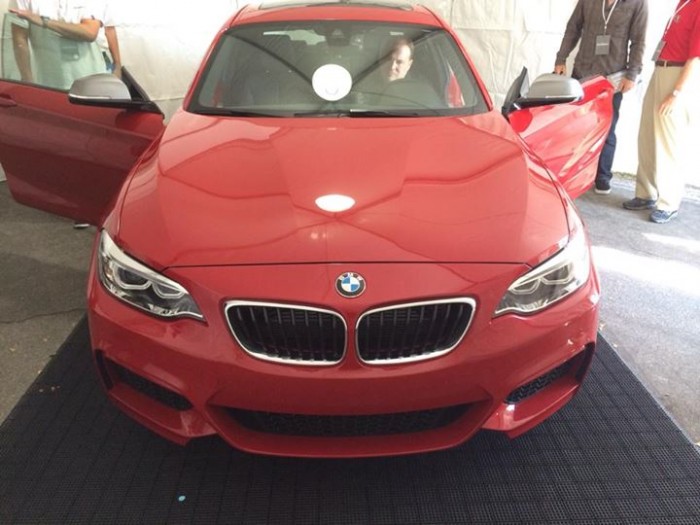 The N55 powered M235i (the one we’re particularly excited about) will have an output of 322 hp with 332 LB FT all down low in the rev range. However what’s particularly inrteresting is the weight; 133 lbs lighter than the 135i and 56 lbs lighter than the 1M. Despite this it’s both wider (1″) longer (3″) than the E82. This combined with a structure that’s more stiff than the E82 should yield better performance and times at the all important Nurburgring.

Hands on With the BMW 228i Track Handling Package