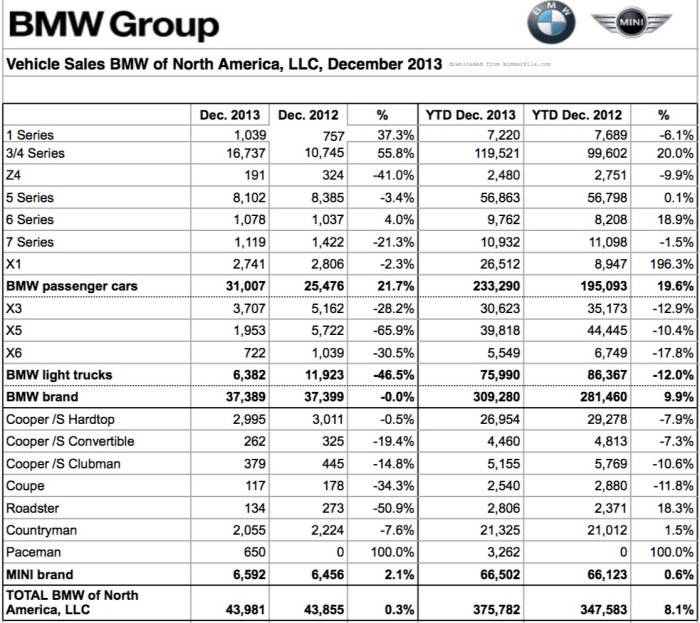 “Deep freeze and blizzards didn’t slow us down as BMW Group in the U.S. shattered previous sales records in 2013, including BMW and MINI brands individually,” said Ludwig Willisch, President and CEO, BMW of North America. “We are already picking up speed in 2014 with the new models we’ll show at Detroit in a week, then our sponsorship of Team USA at the Winter Olympics and that’s just the beginning.”

BMW USA Sales Down 27% for February

BMW to Build Electric iSetta at the Leipzig Plant in Germany