I was sitting at a bar trying to articulate to myself on an iPad why I felt the M235i was the star of NAIAS when I ran into Bobby Rahal. Ok let me back up. I had been traveling since NAIAS and found myself in Columbus Ohio – home of Team RLR and a place often visited by Bobby. After realizing that my flight was delayed another hour I decided it was time to start writing. At that moment I realized that I wasn’t the only one at the bar settling in for another beer waiting to get to Chicago. As two car guys are likely to do conversation quickly turned to cars and the recent NAIAS. The first thing Bobby said to me was how impressed he was with the M235i. The perfect size is what he called it. Exactly my point I said. It’s the perfect formula with two doors, rear wheel drive and an overall length that felt inline with all those BMW coupes that came before it. Yes we the M4 looks amazing and will perform impeccably. But the new 2 Series feels more true to the heritage of the BMW coupe. Frankly more true to what made BMW successful. And for that, Bobby Rahal and I might just consider it the perfect car in BMW’s line-up. 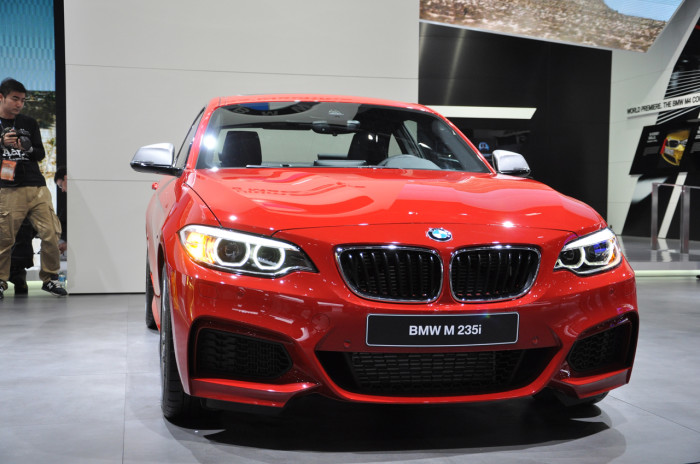 Granted we haven’t driven the M235i yet and due to plenty of poorly timed schedules we likely won’t until spring. But on paper this car is exactly what we’ve been waiting for. Stiffer and marginally lighter than the 135is while offering more power, the M235i has all of the qualities we’d want in a small rear wheel drive coupe. It’s also immediately attractive – something the 1 Series wasn’t for most.

And for a little $45k lightly equipped, it’s a hell of a bargain for someone looking for a back to basics BMW coupe. Especially considering pricing on other BMW coupe. 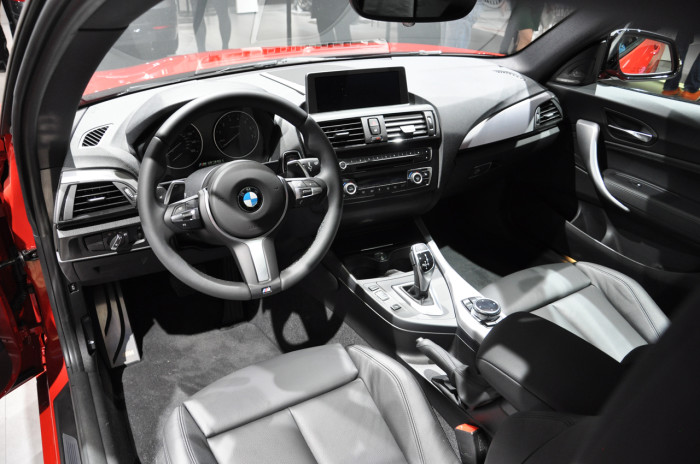 Hands-on the M235i is interesting. While it’s an entirely new car, it feels more of an evolution over the current 1 Series. Everything from seat design to control placement is very similar. But this is a good thing. The 1 Series was based on the classic BMW formula that has powered the brand for decades. Evolving that into something more modern while keeping the core the same sounds like a perfect equation to us.

Sure there’s no limited slip from the factory and the 18″ M-Sport wheels look a little inconsequential given the high belt-line. But the M235i might just be the sweet-spot in the BMW line-up. At least that’s what Bobby Rahal and I think.

October 25: Premier of the BMW 2 Series