The M235i is basically the 135i v2. It’s a car that was born out of BMW (and specifically BMWNA’s input) based on the reaction and sales of the 135i. It may comes as a surprise to some of our readers but BMW as a company is full of car nuts. True BMW enthusiasts who love the idea of a small rear wheel drive two door in the spirit of the 2002tii and E30. Yet, why do we have things like the 3GT and the X6 you ask? As much as BMW is often influenced by these internal enthusiasts, business is business and they must (especially as an independent automaker) be profitable as the market constantly shifts. Which is where the 135i comes in. 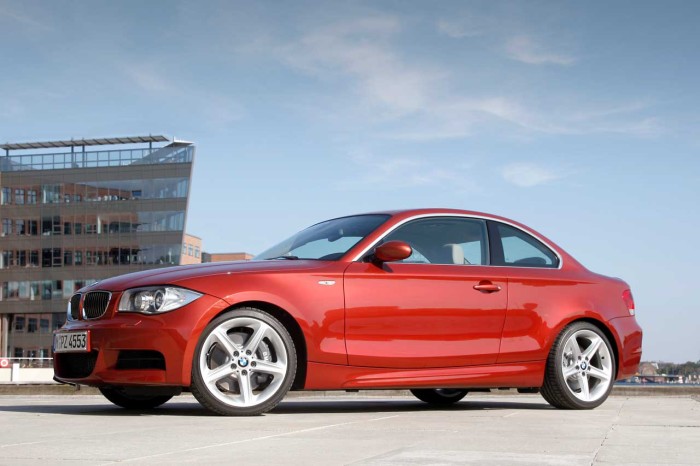 The car was released in 2007 to mixed reactions. We loved it and called it as fun to drive as an M3 at anything below 60 mph. Yet mainstream journalists didn’t get it; calling the 135i a smaller uglier version of a 3 Series coupe. And while sales on the whole were good, there were many at BMW that thought the brand had missed a significant to tap an open market with the car. 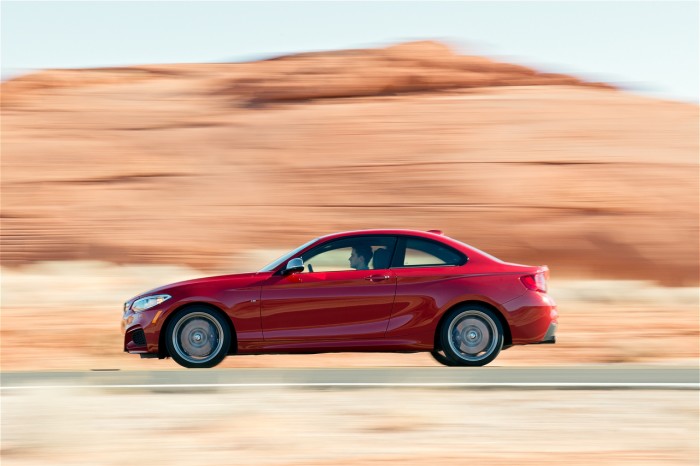 Enter the M235i. Early reviews are in and it would seem that that BMW has improved on the previous 135i coupe. But still we had lots of questions about the car and perhaps what else was coming. So we turned to BMW themselves and here’s what we learned. 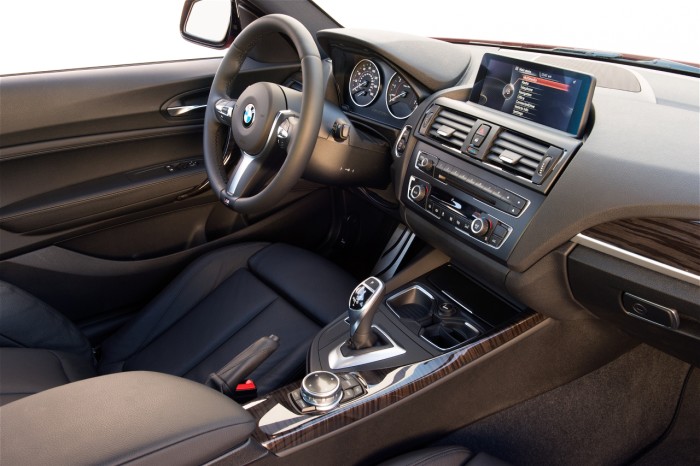 The Dual Clutch Transmission vs the 8 speed automatic

The 135i was always an outlier in the BMW range with the DCT. Sure M cars from the E90/E92 onward all had DCTs but AG cars (as BMW insiders often call them) never did. You could almost look at it as a rare peak into the kind of conversations product planners and engineers likely have on a daily basis. DCT is great at performance but the ZF 8HP Automatic is almost as good but with better efficiency and comfort. Given that formula BMW decided to drop in a DCT into the 135i (and Z4 35i) as a relatively inexpensive option. The results were fantastic for those who didn’t want to row their own gears.

The M235i on the other hand makes due with the now standard 8HP automatic transmission that has been praise on these pages since its introduction years ago. But the big question is – is it a downgrade in performance? The simple answer is yes. The DCT shifted with almost zero delay while the 8AT makes due with a 150ms delay between each in manual mode. But BMW remains committed to the 8AT because of it’s relative speed (it’s of course still faster than the manual) and its improved efficiency. 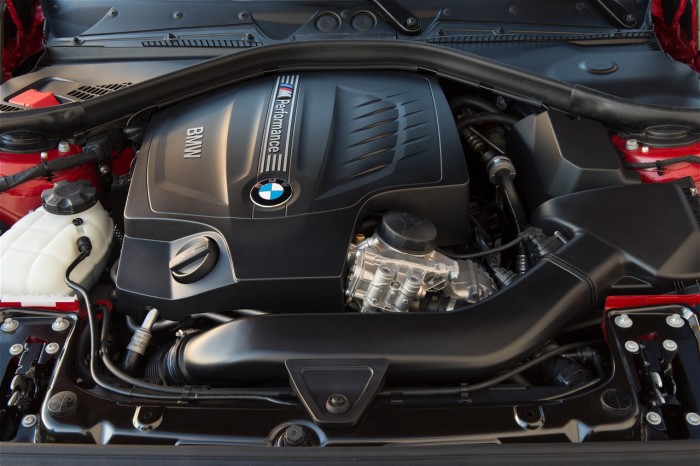 The BMW M engineers have worked over the N55 subtly to increase output from 300 hp to 322 hp. While that may seem small in the aftermarket world, you can bet that this is a real power increase you can feel (and one that is likely conservatively measured).

The increase is thanks to revised software for one. However, BMW also evaluated and revised the cooling system, materially upgraded the camshaft and revised the exhaust system. 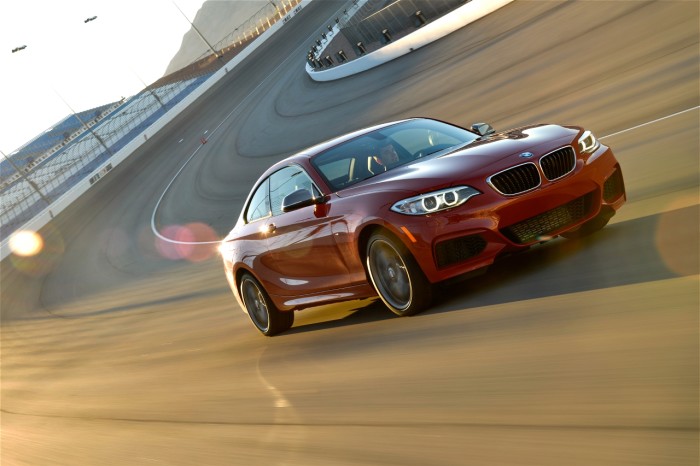 Rev-matching – is it coming to the M235I

This was an easy answer – there’s simply nothing to announce at this time. We’ve heard from engineers that it will likely but there is no time-table given.

When is xDrive (All Wheel Drive) coming to the M235i?

Again BMW has nothing official to announce here. However we’ve heard (again through various conversations) that this will likely hit the market sometime during the 2015 model year 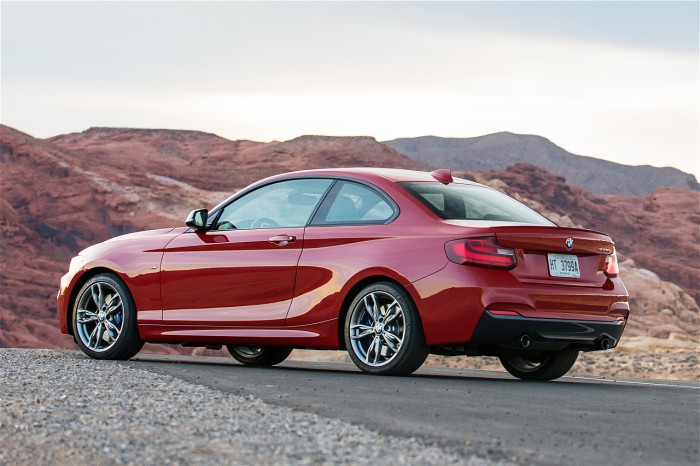 The M235i is the first non M-car in the US in years to not come with standard run flat tires. If you want run flats you’ll have to order the no-cost optional all-season tires which has the by-product of reducing the top speed to 130 mph vs 155 mph. For those that stick with the standard non-runflat tires, BMW includes the M mobility kit as insurance.

BMW has high hopes for this new 2 door coupe and the thought that went into every aspect of the car bears this out. Will the M235i find more buyers than the 135i? Will it successfully introduce this sub-brand within a sub-brand that is M Performance automobiles? We’ll find out later this year as we get more seat time in the car and sales figures start to trickle in.

Will BMW build an M2?

Unlike the strong worded responses we’ve heard and read elsewhere, the response we received was simple and telling…. “Nothing is ruled out”.

Is the M235i Finally the Small BMW We’ve Been Waiting for?

All signs point to yes. The automotive press has generally been positive but until we drive it we can’t quite stamp it has a success. The 1M righted the wrongs of the already good 135i. What the M235i does and how it fits into the 135i, 1M, E92 M3 and F82 M4 equation will be interesting. Stay tuned.

The BMW M240i is Coming With an Increase of 15hp