Official Release: The BMW Group is expanding capacity at its U.S. plant in Spartanburg, South Carolina. “To meet strong global demand for our BMW X models, we will invest a total of one billion U.S. dollars in our Spartanburg plant by 2016. This will increase annual production capacity by 50% up to 450,000 vehicles from 300,000 currently,” explained Chairman of the Board of Management of BMW AG, Norbert Reithofer, at a special ceremony in Spartanburg on Friday commemorating 20 years of production in the U.S.

Among the guests attending the ceremony held on the plant grounds were U.S. Secretary of Commerce, Penny Pritzker; Governor of the state of South Carolina, Nikki Haley; Board of Management member for Production, Harald Krüger; and head of BMW Plant Spartanburg, Manfred Erlacher.

BMW X7 to be built in Spartanburg

BMW X3, X5, X5 M, X6 and X6 M models have been manufactured so far in Spartanburg, BMW’s centre of competence for X vehicles. Friday’s event celebrated the start of production of the BMW X4. Norbert Reithofer also announced a further expansion of the X model family: “With the BMW X7, we are developing another, larger X model, which we will produce at our U.S. plant for our world markets – once again underscoring our commitment to the U.S.”

During the ceremony, BMW Board of Management member for Production Harald Krüger talked about the importance of the U.S. to BMW Group’s overall production strategy: “The BMW Group aims for a good balance of growth between all markets and continents. The Spartanburg plant is an important building block in our international network of 28 production and assembly facilities in 13 countries today. It makes a vital contribution to profitable, globally-balanced growth.”

Krüger continued: “The BMW plant in Spartanburg is the best example of our successful strategy of ‘production follows the market’. The state of South Carolina has supported us as a valuable and reliable partner throughout our 20-year involvement in the region and played a decisive part in making the U.S. our second home.” 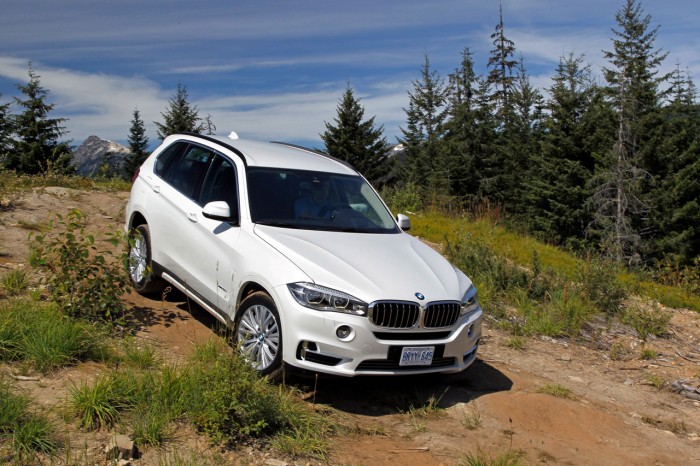 The plant’s expansion will also increase the number of employees at the U.S. facility significantly. “Expansion at the site will create 800 new jobs, bringing the total workforce in Spartanburg to 8,800,” Reithofer explained. “It will also make Spartanburg the largest plant in terms of production capacity in our global production network,” he added.

According to a study released by the U.S. Department of Commerce, the annual export volume of BMW’s Spartanburg plant totals USD 7.5 billion – which makes the BMW Group’s American facility the largest vehicle exporter in the United States, based on total exports excluding NAFTA. Approximately 70% of Spartanburg’s production is exported to BMW markets around the world.

A recent analysis published by the Moore School of Business at the University of South Carolina found that BMW Group activities in South Carolina had a total impact of around USD 16.6 billion on the state economy. The BMW Group’s presence in South Carolina supports a total of 30,000 jobs. The study also cites the importance of the BMW Group for South Carolina’s economic standing, improving technological and manufacturing competitiveness and establishing a high level of training.

Since the start of production in 1994, Spartanburg has built more than 2.6 million vehicles for BMW customers around the world. The models BMW X3, X5, X5 M, X6 and X6 M are all produced at the plant. In the near future, a plug-in hybrid version of the BMW X5 will also be produced here. A total of 297,326 vehicles were manufactured in Spartanburg in 2013, with around 1,100 vehicles currently produced per working day. The Spartanburg site presently employs around 8,000 staff.

Global BMW Sales Up 2.2% for September