Official Release: Endurance fans at the qualifying race for the 24-hour race on the Nürburgring-Nordschleife (DE) will be witness to a world first on Sunday: after BMW announced the first-ever use worldwide of laser light technology in a production vehicle, BMW Motorsport is now also the first manufacturer to compete at a race with this innovation. The four BMW Z4 GT3s run by BMW Sports Trophy Team Schubert and BMW Sports Trophy Team Marc VDS are being equipped with innovative headlamps, similar to those which will also be available for the BMW i8 from the autumn of 2014. With this, the BMW Z4 GT3 heralds a new era in headlamp technology in motorsport.

“It is no coincidence that the first time we use the new laser light technology in a race will be on the Nürburgring-Nordschleife,” said BMW Motorsport Director Jens Marquardt. “As a demanding test laboratory, this circuit has always played a key role in the development of BMW cars and our racing cars. For this reason, I am delighted we can now achieve another milestone there with the first use of laser light at a racing event. Highly-efficient laser headlamps are an important safety factor, particularly at the 24-hour race on the Nordschleife. Qualifying on Saturday gives our BMW Sports Trophy Teams – Schubert and Marc VDS – the ideal opportunity to run the new technology under competition conditions for the first time before the big race at the end of June.” 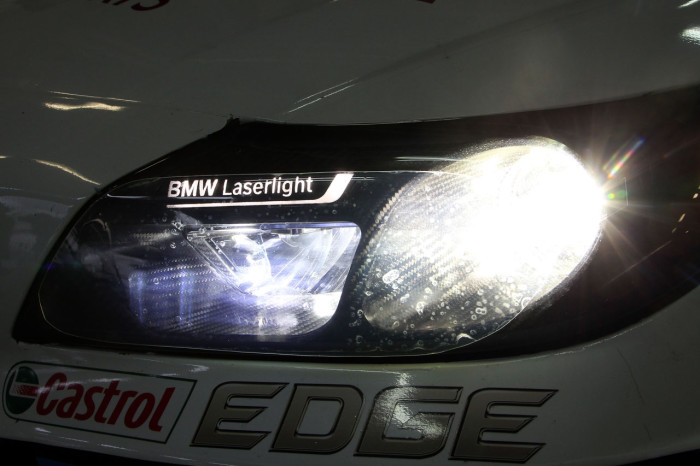 The idea of developing a new generation of headlamps based on laser technology dates back to 2009 at BMW. Series development of the BMW Laser Light commenced two years later, making it possible to launch the BMW i8 Concept with laser headlamps at the 2011 IAA in Frankfurt. BMW Laser Light technology experts have been working hand in hand with BMW Motorsport engineers since mid-2013, in order to allow the new technology to be used on the racetrack.

High-performance and high-efficiency: equipping the BMW i8 with BMW Laser Light increases its high beam range to about 600 metres, while at the same time reducing electricity consumption by about 30 per cent. However, the main benefits for the drivers out on the racetrack in the BMW Z4 GT3 are the perfect illumination of the track and the ability to adjust the headlamps to suit the driver’s preferences – and all without blinding other traffic.
Laser diodes are ten times smaller than conventional light diodes. They help to save not only available installation space inside the headlamp, but also weight. This is made possible by the brighter light from the newly developed laser light sources, thus making it possible to reduce the size of the reflector surface by a factor of up to ten compared to LED light. The reflector is only three centimetres high.
Several high-performance diodes emit a strongly bundled beam via special lenses onto a fluorescent phosphorus substance inside the headlamp. This substance transforms the beam into an exceptionally bright white light, which is similar to daylight. This in turn improves the driver’s visibility in the dark, thus having a positive effect on safety at endurance races. The brightness has been increased by more than 40 percent compared to the xenon headlamps used up to now in the BMW Z4 GT3. 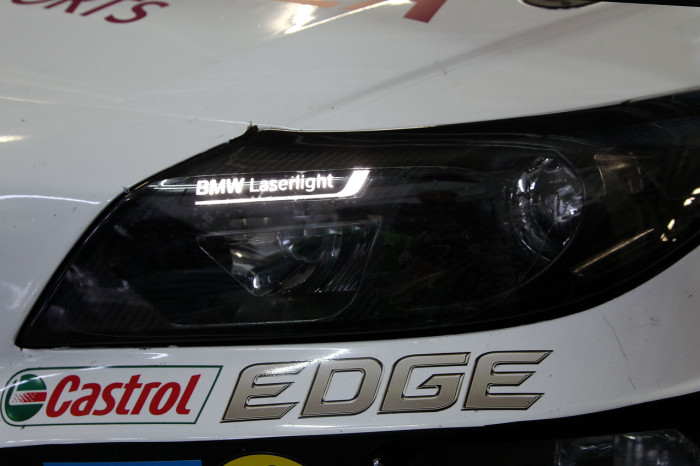 New Z4 to Debut in Detroit