For years BMW has been carefully honing it’s hybrid technology and offerings. From the first X6 ActiveHybrid (which sold very small numbers) to the recent 3 and 5 Series six cylinder hybrids it’s not like BMW hasn’t offered electric drive in its normal cars. But while the current 3 and 5 Series hybrids perform well, they have failed to sell in large numbers and gain traction in the marketplace.

The X5 eDrive aims to change that. And in our short time with it, we have to wonder if BMW finally has nailed the formula. 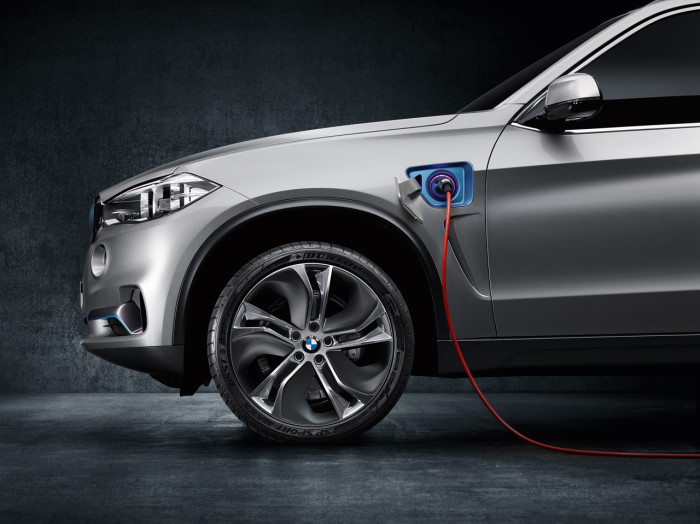 The system is brilliant on paper. It’s a modular system that includes the N20 four cylinder, a variation of the electric motor from other BMW hybrids and the renowned ZF 8 Speed auto. However, it gets really interesting when you consider that the hybrid system (along with the transmission) doesn’t care what power plant it’s coupled with. That means BMW could put anything from a three cylinder to a diesel in the engine bay and have the same incredibly smooth operation.

And by smooth we mean almost seamless. The engagement of the engine is infinitely less obvious than even BMW’s current start-stop system. For most it will feel similar to the transmission simply downshifting into a lower gear for more power.

The system is also rather novel in the way it uses regeneration. Instead of just using braking to build power, it also uses untapped engine revs when that power is not being applied. The effect (which goes unnoticed by the driver) gathers and then stores energy constantly topping off the 30 km range.

Initially we tried the X5 in pure eDrive mode – aka full electric. The experience clearly will appeal to a large part of the X5’s owner demographic. And to be more specific people who have more first-hand knowledge of parking lots than racetracks. And that’s not a knock at all. This is a car that is also immediately engaging due to it’s simplicity of operation and user friendliness. 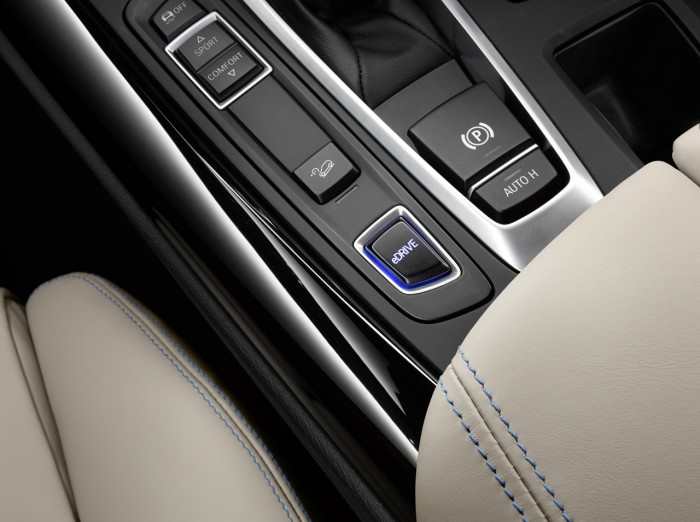 Keeping the car in eDrive mode I wanted to push to see how it would handle the hills of up-state New Jersey. While clearly not a muscle car with the engine basically in off mode, the X5 trucked up, down and around carrying it’s 5,000 lbs well enough to not distract.

In normal driving (eDrive not engaged) the electric motor will do all propulsion duties until 42 mph or it senses a notable jab of the throttle. For most people this means that the majority of their in-town driving could be accomplished running on nothing but stored electricity. And with a range of 30 km between charges there’s a ways to go before hearing the N20 subtly kick-in. 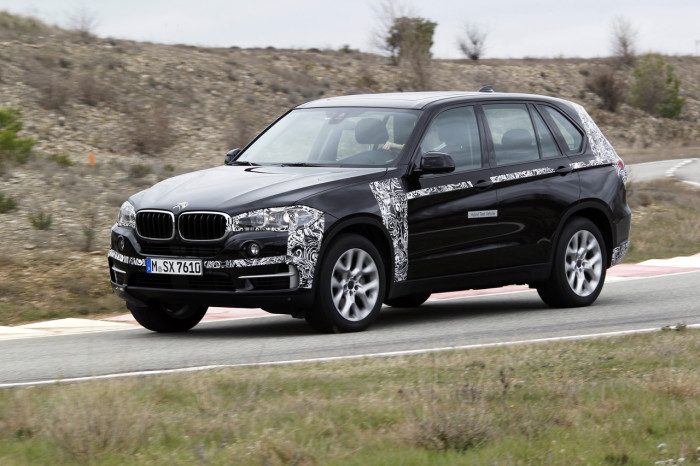 And that’s a good thing when you consider what it does for fuel costs. For most customers BMW expects the X5 to generate 55% less CO2 than an equivalent X5 35i.

Downsides? Price has yet to be announced but surely this system won’t be cheap. We’d expect it to slot above the 35d but well below the 50i in the X5 range. Then there’s weight. The system in total adds just under 500 lbs.

And finally what about MPG? BMW is still in the prototype stage with this vehicle and in no position to even talk about estimated numbers. However it’s clear that this system will be dramatically more efficient than any ActiveHybrid that has come before it. In fact we’d expect something more efficient than even the best fuel-sipping four cylinder diesels BMW has for sale in Europe.

Expect the X5 eDrive to be formally unveiled later this year and hit showrooms sometime in 2015.