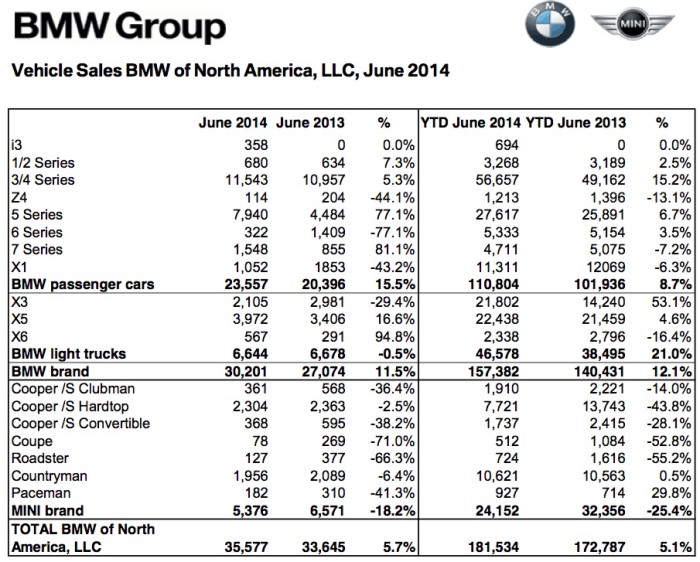 “The June and first-half results prove again that customer demand is solid and stronger than many have thought and we fully expect confidence and demand to stay strong through the end of the year,” said Ludwig Willisch, President and CEO, BMW of North America. “I am particularly pleased with the results for our 2 and 4 Series models; these are driving machines at the core of the BMW brand.”

The R 1200 GS was the brand’s best selling model with 190 units, helping drive growth of 7 percent in R-Series models with 517 boxer deliveries in June compared to 482 in June of last year.

BMW Motorrad continues to perform ahead of last year, up 8.2 percent after 6 months.

BMW Bringing Back the Art Car for LeMans 2010

BMW xDrive – How it Works