Almost three years ago to the day I drove a 1972 BMW 3.0 CSL down this very road. Temporarily forgetting the car’s value and historical significance, I pushed the car’s limits down Carmel Valley Rd. and had one of those “religious” automotive experiences one often hears about. It was the perfect car, on the perfect day, with nothing else on my mind. Given that the new M6 Competition is the spiritual successor of that very car, I couldn’t pass up the opportunity to take that same route once again as pilgrimage. All this, in an effort to answer a single question: Does 30 years equal progress? 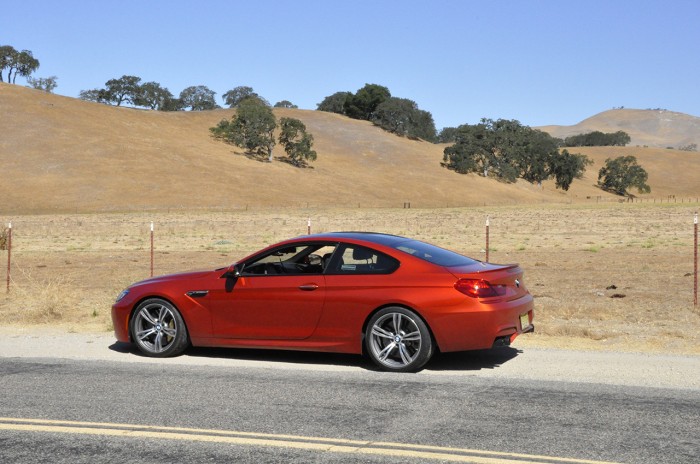 The 2014 M6 Competition Package
You can probably guess a few of my conclusions. The CSL had more feel, was slower, but felt more visceral. The M6 is incredibly capable, but had less of that mechanical feedback that made the former drive so epic. All true. Yet with increased capability, safety and comfort; you gain so much more enjoyment from the M6 that you miss out on in the CSL. Being able to attack a corner while looking ahead toward the next two is only possible in a car that is so unflappable that you have ultimate confidence. Carmel Valley is one of those rare roads that demands respect of even the most capable modern cars. 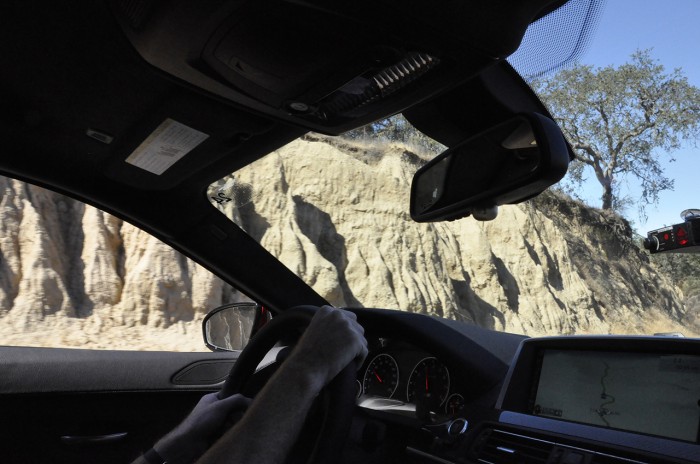 I’m not new to this road. I’ve driven every BMW M car from the past five years down this stretch and it left all of them with their compromises exposed. From the 1M to the M6, each car’s strengths and weaknesses were laid bare on this stretch of tarmac. Yet with the M6 there’s one glaring weakness that’s obvious even as you simply walk up to it: size. On Carmel Valley Rd that size becomes even more of a nuisance. When you hit that first decreasing radius corne, you find yourself wrestling with 4,300 lbs of car. It’s easy to corral and actually quite entertaining, but you’re reminded that this is a GT designed to be luxurious and effortlessly fast when pointed straight down the road. Tacking the undulating topography and tight switchbacks of a road like this just isn’t its core competency.

Speaking of effortless speed, my God is it fast. It’s even faster coming to a stop. This road proved the value of the Competition package through and through. The extra power, revised suspension and quicker steering make everything more immediate. Yet it’s the Ceramic brakes (a stand-alone option) that made this particular M6 feel nearly invincible under the California sun. As with most modern, large M cars, the M6 may not give you the sheer amount of visceral feedback through the steering wheel or seat-of-the-pants, but placing the car with precision turn after turn was not an issue.

The 1972 BMW 3.0 CSL
In the end, it’s not a fair fight. Especially since I’m not actually driving the two back to back. My memories of my time in CSL are strong and my notes are copious, so I’m confident in my comparisons. The CSL isn’t fast in the contemporary sense. It doesn’t stop with the same authority, nor is it as eager to change direction. Instead, what it does so well is give you a thrilling driving experience — with an engine that loves to rev and rewards the harder its pushed. The sound is something the M6 — with all its faux digital magic — will simply never have. The CSL is naturally aspirated and born in the days when the M Division was a bit more renegade. Its sound is pure German muscle. It’s smart and refined with plenty of strong Bavarian character. 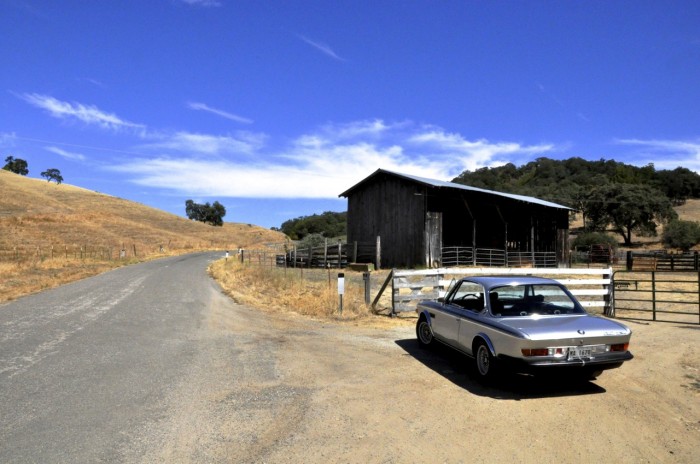 Most of Carmel Valley Rd. was done in 3rd gear. With only four speeds, this coupe had long legs. Yet dropping it down into 2nd in the tight stuff created an aural wall of sonorous inline six sound. Much like the M6, the CSL wasn’t really in its element being hustled through the valley road. Yet unlike the M6, there was no lack of information emanating through the touch-points. This car exuded feel. Even as a 1970s GT car, this was infinitely more rewarding at low speeds than any modern car I can think of. There’s an element of “piloting” cars of this vintage and as much as the CSL is a stripped down homologation special, it’s not immune to this. By now enough time has passed that the results are incredibly endearing. 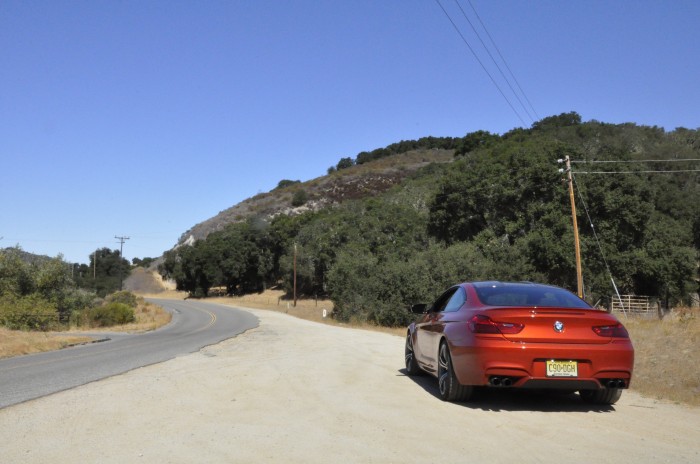 The Winner
40 years later we get the M6. It’s not that it’s merely better that the CSL. It’s faster than almost any race car of the same era. There’s nothing that the CSL does that the M6 can’t do better on paper — and by orders of magnitude. We often talk of vintage cars being more visceral than modern counterparts. With this comparison I have to challenge that notion. Given the speed of acceleration, deceleration and cornering with the M6 Competition on Carmel Valley Rd. I’ve rarely experienced a drive in any car that was more visceral. Thrill is visceral, and the M6 was created to thrill owners time and time again while delivering comfort and providing significant technology and surprising efficiency.

The CSL still thrills, but differently. From the moment you open the door to the first few feet you pull away, you’re enveloped in an experience that is unlike anything a modern car can offer. There is no engineered sound or manufactured experience. Everything about the car is authentic and honest. As much as the 2014 M6 is an impeccably engineered machine, it’s a machine that conforms to worldwide markets with various requirements and expectations. To put it bluntly, it is a car that is designed to deliver both speed and experience. The CSL was engineered with a singular focus using raw engineering talent. In that regard, form definitely followed function. 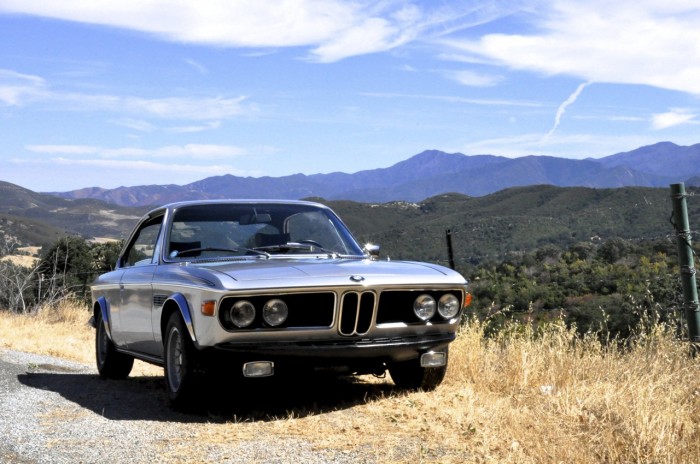 Our society is currently searching more and more for authenticity in style, entertainment and even food. As much as modern cars like the M6 obliterate our previous sense of speed and even style, I can’t help but want for something more simple and pure. The CSL scratches that itch perfectly.

So we’re left with two completely different answers to the same question. Which would I choose? The irony is that, on Carmel Valley Rd it would be the M6. It dominates that road while making almost anyone behind the wheel look like a hero. All the while it delivers an immense level of satisfaction with just enough connection to what’s happening at the contact patch. However it’s the 1972 3.0 CSL that I’d take home. There is simply nothing like it on sale anywhere in the world and nothing even close that delivers the same experience. It’s the kind of car you grow old with and perhaps even pass on. It’s a Saturday morning car that builds relationships with sons and daughters and makes cynics into closet enthusiasts. And perhaps most importantly of all, it’s exactly what I’d love to pull out of my garage on a sunny day. 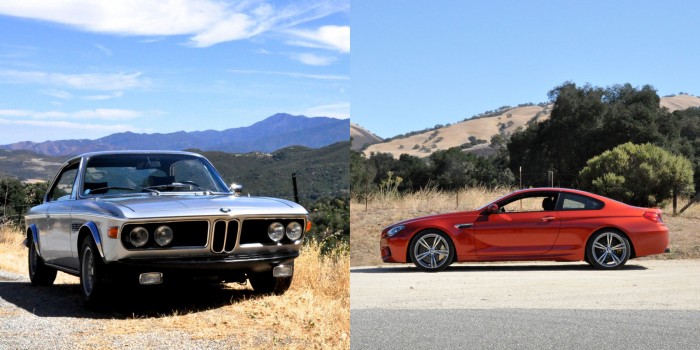 The BMW M4 Makes a Run at the ‘Ring