Bill Auberlen and Andy Priaulx finished sixth in the No. 55 BMW Z4, completing 75 laps of the 3.4-mile, 20-turn circuit at the checkered flag. John Edwards and Dirk Müller finished seventh in the No. 56 BMW Z4. 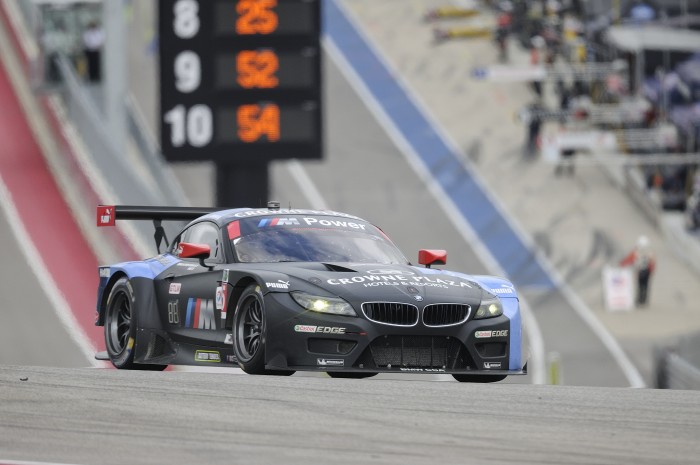 The cars qualified sixth and seventh, but Edwards started the race from fifth and Priaulx from sixth after the GTLM class polesitter was disqualified following technical inspection.

Edwards brought out the race’s only yellow flag on lap 21, some 47 minutes into the race, after running wide in turn 19. Contact with waves of rolled Astroturf that line the outer edge of the circuit caught the underside of the car, leaving the car’s rear fascia on the track. 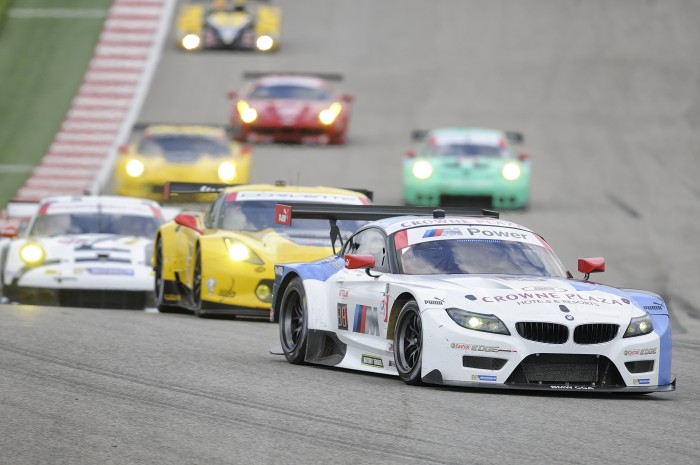 Both BMWs made their first pitstops as the green flag waved with Auberlen replacing Priaulx and Müller taking over for Edwards. At the one hour mark, Müller held the fourth position with Auberlen in eighth. They made their second stop at the 1:45 hour mark with 46 laps complete. Müller continued in the No. 56 machine and Priaulx got back behind the wheel of the No. 55 car. At the 2.00 hour mark, Müller held the sixth position. Priaulx was two spots back in eighth, but passed his teammate with two laps remaining to take the checkered flag in sixth, with Müller seventh. 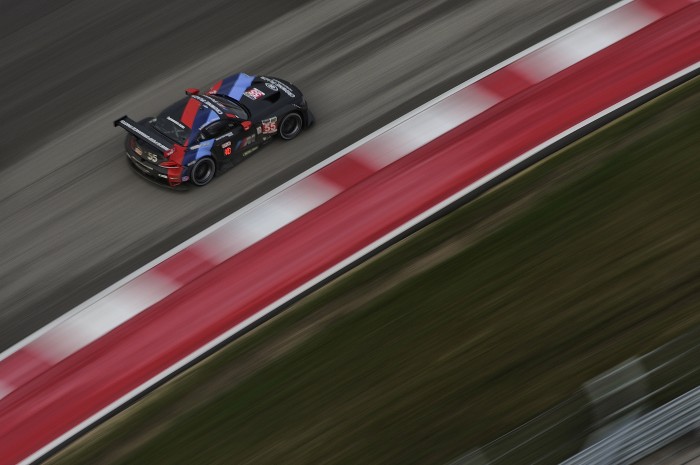 “It was definitely a difficult fight here in Austin,” said Gordon McDonnell, BMWNA Motorsport Manager. “I think the weekend proved a little bit harder than we thought it would be as, given the balance of performance changes, we knew we would be behind a little bit. We did the best we could and fought hard for this result. Congratulations to Turner Motorsport on scoring a podium finish in its 300th race with BMW.”

“This was the race we expected and I was afraid might happen,” said Bobby Rahal, Team Principal. “The Porsches were almost two seconds a lap faster on the fastest laps, the Vipers not much worse. We just cannot maintain the pace with the way the rules are. I hope things are better at Petit Le Mans as they are very unfair right now. There is no balance of performance.” 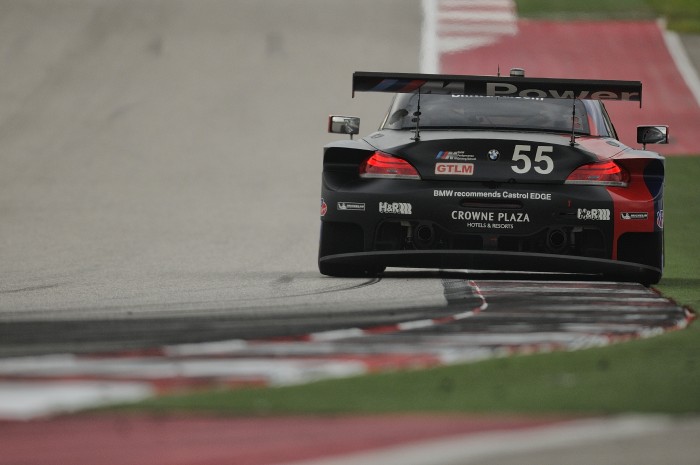 Bill Auberlen, driver No. 55 Z4 GTLM – (6th) – “I had just a tough little run there in the middle. That is why you have a second guy you can rely on. When it was a struggle for me they put Andy in, they put him on a different tire than I had run and he did a fantastic job, exactly what you would expect from a world champion. You lean back and you just let him do it. The crew got us out of the pits over and over in front of other cars all day long. The two BMWs raced to the end and we finished pretty much nose to tail. We need a little bit of help to get to the front. The series has let it get out of hand with the Balance of Performance as we are nowhere and they need to fix this before the last race.”

Andy Priaulx, driver No. 55 Z4 GTLM – (6th) – “It has been a tough weekend, but we knew it was going to be really hard. Bill and I had two really tough first stints. The tire we chose clearly wasn’t right for the conditions. Bill was up to speed nicely and brought the car back in a really good position. He helped the team with feed back to give me the right tire for the last run, and that’s what made the difference.” 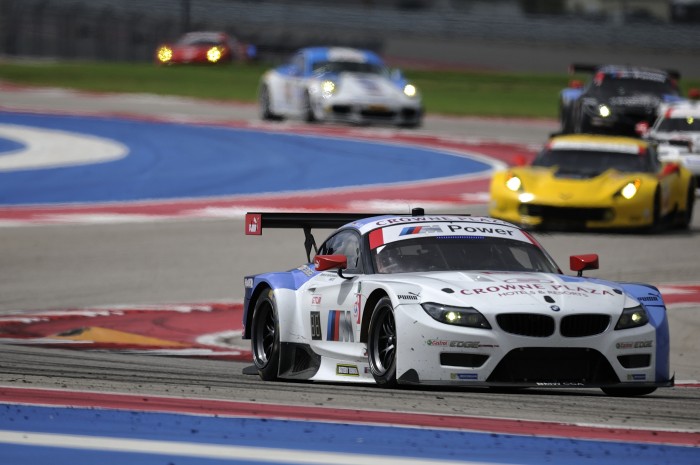 John Edwards, driver No. 56 Z4 GTLM – (7th) –“We expected a hard day at the office, and it really was. It is really tough to keep pushing in such hot conditions when you are sweating like crazy and you don’t have the pace, but that is what we have to do. By the time Dirk got in there was very little rear downforce and that made it pretty tough to drive on cold tires.”

Dirk Müller, driver No. 56 Z4 GTLM – (7th) – “That was an exciting drive doing a double stint with no rear bumper. I had lost all the downforce at the rear of the car and had to drive like a rally driver. I was fighting like crazy. I knew Andy’s car he was coming hard at the end. It reminded me of the good old touring car times. We raced clean and I think that is how you should make it between team mates.”

The final race of the 2014 TUDOR United SportsCar Championship, the 1000-mile Petit Le Mans, will take place at Road Atlanta, in Braselton, Georgia on October 4th. Follow BMW Team RLL on Twitter at @BMWUSARacing for “from-the-pit-box” updates all weekend. More information on the program can be found at www.bmwusa.com and www.imsa.com.