When Chris Bangle shook up the world 15 years ago he also shook up the BMWs all looking like different lengths of the same sausage. The reaction to that revolution is the quiet evolution we see in today’s BMWs which all look more similar. That’s set to change according to Karim Habib BMW’s Design Director.

“We want each and every model to have its own little world. We think that’s important in a market where we sell two million cars [BMW, Mini, Rolls-Royce] this year,” said Habib.

“We need to maintain exclusivity, and if anything we will make them more separate,” he added. 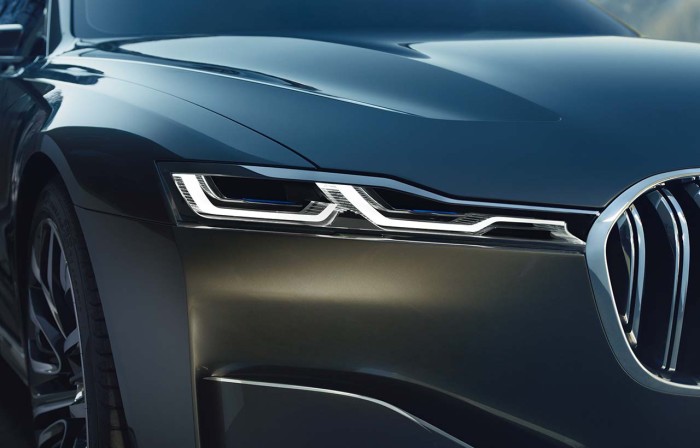 “Whatever we do must be authentic design, which represents the inner qualities of the car.”

“Why edges? With edges you express precision and the 3-series drives crisply, with precision. But the 5-series is a bit more about elegance, with more volume in the surfaces,” he added.

One area of differentiation will be headlight design driven by the acceptance of LEDs. With a car that come standard with LEDs BMW will enjoy much more freedom in the shape of the car a la the i8. Rumors point to the 2016 G11 7 Series moving in this direction.

On the other end of the spectrum the next generation 3 Series likely won’t go all LED and thus will have to have a different approach.

What of the 5 Series? To that Habib simply responded “the LED tipping point is pretty much here,” said Habib.

Ever Wonder What’s Inside a BMW Clay Model?