“The momentum is still with us as shown by back-to-back monthly records for BMW in October and September,” said Ludwig Willisch, President and CEO, BMW of North America. “Our new models, especially the 2 and 4 Series, are giving BMW a great boost as we head into the final two months of the year but I am also very pleased to see our born-electric BMW i3 doing so well, averaging a thousand per month in sales after only four months on the market.”

To see and hear more of Ludwig Willisch’s perspective on the October sales results, click here. 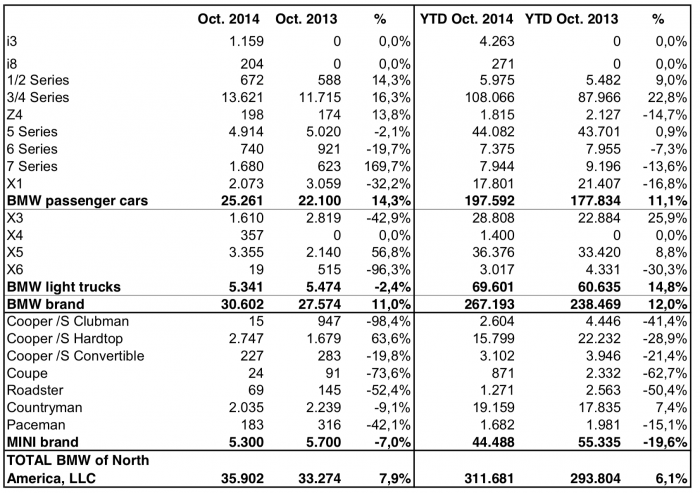