BMW and its four DTM teams are moving up a gear in their preparations for the 2015 season opener at Hockenheim (DE) on 2nd May. At the annual BMW Motorsport photo and film shoot, on location in Monteblanco (ES) this time around, the BMW M4 DTMs showed off their new look for the upcoming 18 races of the year for the first time at the track.

In line with the strict technical regulations of the popular touring car series, the BMW Motorsport engineers have spent the past few months further developing the successful BMW M4 DTM with which Marco Wittmann (DE) won the DTM drivers’ title last year and BMW Team RMG secured first place in the team standings. The focus was on the requirements resulting from the change in race format, and on further refining the components unaffected by the homologation. 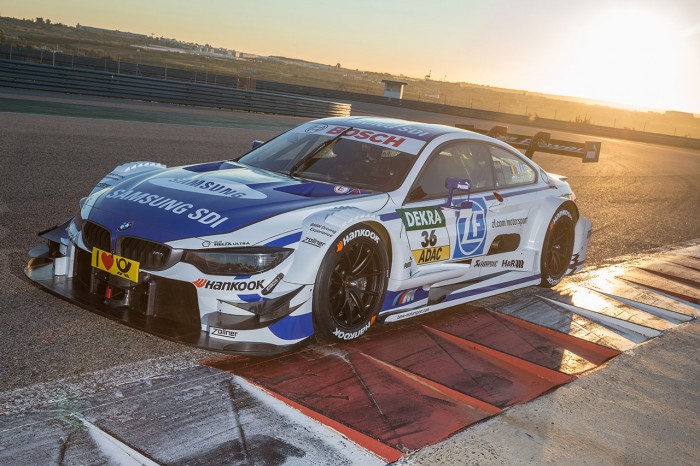 While the technical changes are mainly to the inside of the BMW M4 DTM, and therefore not visible, as in previous years the vehicles of the BMW teams captivate with their varied designs. Reigning champion Wittmann will once again be at the wheel of the Ice-Watch BMW M4 DTM and will, therefore, continue to represent the eye-catching colours of the Belgian watch manufacturer and BMW Motorsport Premium Partner. The H&R logo will also feature prominently on Wittmann’s car in 2015. As Official Partner, the manufacturer of chassis components will now be clearly visible on the doors of the Ice-Watch BMW M4 DTM.

“I feel that my car has always attracted a lot of attention over the past two years – and was also really fast,” said Wittmann referring to his race car fielded by BMW Team RMG. “It’s fantastic that I get to represent the colours of Ice-Watch once again in 2015. Our Premium Partner provided great support last season, and it was wonderful that I was able to thank them for that with victories. We’re aiming for the same again this year. The collaboration with H&R also contributes to success. That’s why this logo suits my car perfectly.” 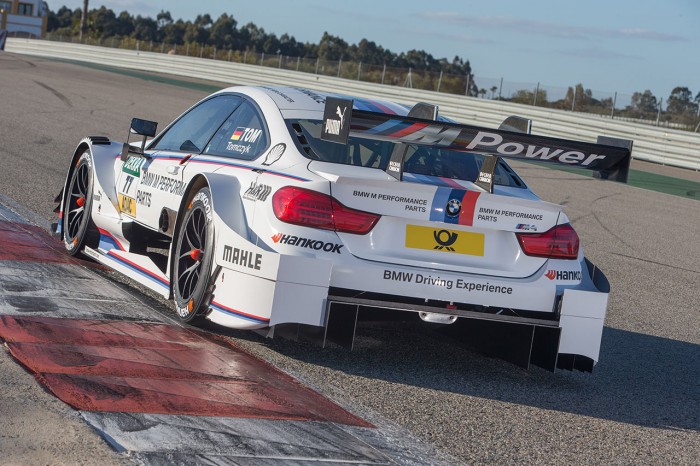 Wittmann’s team-mate Maxime Martin (BE) will drive the SAMSUNG BMW M4 DTM in 2015. The Belgian celebrated his first DTM victory last season in Moscow (RU) and was the “Rookie of the Year” after ten races. “Samsung SDI is a strong partner – and together we are highly motivated for the 2015 season. It’s also great that ZF will again be visible on the doors of my car this season. Naturally I will try to build on my experiences from my first year in the DTM and add further successes. I’m definitely excited for the first race weekend.” 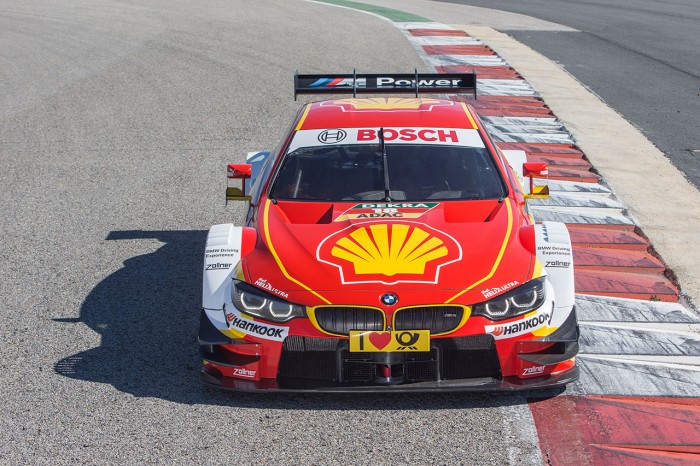 BMW Team RBM driver Augusto Farfus (BR) wants to celebrate success in the new season at the wheel of the Shell BMW M4 DTM. The 31-year-old will now be driving in the red and yellow design of BMW Motorsport’s new Premium Technology Partner. “I’m really looking forward to driving the Shell BMW M4 DTM. Shell is a fantastic partner for BMW Motorsport – and I really like the design of my DTM car. I can hardly wait for the first race in May. Until then we will use our test programme to make sure we are as well prepared as possible for the season.” In the 2015 season all eight BMW M4 DTMs will use engine oils with Shell PurePlus Technology.

DTM fans will recognise the two cars of Bruno Spengler (CA) and Timo Glock (DE), the drivers from BMW Team MTEK. The collaboration between Spengler and Premium Partner BMW Bank is heading into its fourth season. The Canadian won the drivers’ title in the BMW Bank M3 DTM in 2012. Now he’s aiming for further success in the black BMW Bank M4 DTM. Glock is also heading into his third DTM season at the wheel of the DEUTSCHE POST BMW M4 DTM.

The details of the BMW M4 DTM of Tom Blomqvist (GB) 2015 will be announced at a later date. In the coming week the BMW teams will complete their first test of the year: In Portimão (PT) the BMW M4 DTMs will also compete with their direct rivals in the 2015 DTM season from Monday to Wednesday.

Possible US Pricing for the Z4

Car & Driver Reminds Us Why The BMW 8 Series Failed