Road America, the site of Round Seven of the 2015 TUDOR United SportsCar Championship, has seen more BMW Team RLL success than any other circuit in North America. The venerable four-mile, 14-turn circuit in Elkhart Lake, Wis. is a personal favorite of team principal Bobby Rahal and his team has won races for BMW three times (M3: 2009, 2010, 2012), finishing second twice (M3: 2011; Z4: 2014).

This season BMW Team RLL arrives at Road America with a four point lead in the GTLM class Manufacturer points standings by virtue of two wins and an additional four podium finishes in the first six races of the ten-race season. Bill Auberlen and Dirk Werner stand second in the driver points standings. John Edwards and Lucas Luhr stand third. The No. 25 Z4 and No. 24 Z4 are second and third in team points standings respectively. 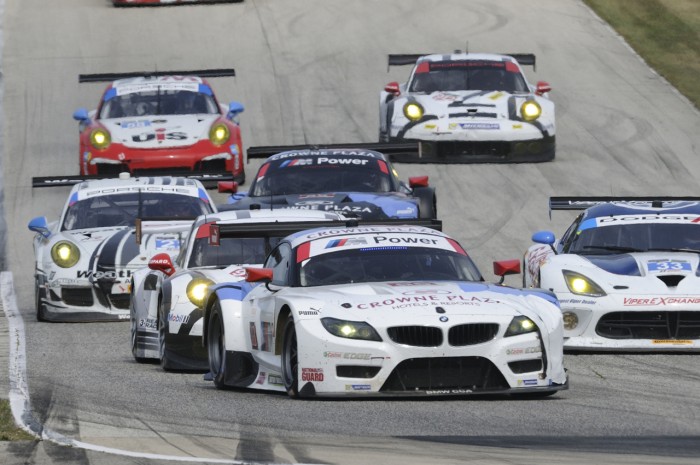 “We have been pretty competitive on the faster circuits like Mosport and Watkins Glen this year and we’ve always had a good track record at Elkhart Lake,” said Bobby Rahal, Team Principal. “We have won there several times and have been on the podium every year but one so both of those things make me feel reasonably good about our chance to do well. The series has just given a BoP allowance to Porsche and Ferrari so it will be interesting to see the effect of that. The Corvettes were obviously quite quick at Mosport and will be fast again. Elkhart Lake is more than just long straights, however. There are difficult, fast corners and the BMW Z4’s have an advantage on those.”

Bill Auberlen, driver, No. 25 BMW Z4 GTLM: “Road America is one of the highlights of the schedule. It’s one of the best, most challenging circuits in the world. We have had great success there in the past and with BMW Z4 I have great hopes for standing on the top step of the podium once again.”

Dirk Werner, driver, No. 25 BMW Z4 GTLM: “Road America is a great drivers circuit. It has a good flow of long, high speed straights mixed with hard braking zones where you can overtake. It is the track where I celebrated my first ALMS victory in the GT category and there is always good racing. The GTLM competition is so strong at this point in the season that you cannot afford to lose even a few seconds on any stint. Every time in the car has to be treated like a short sprint race.” 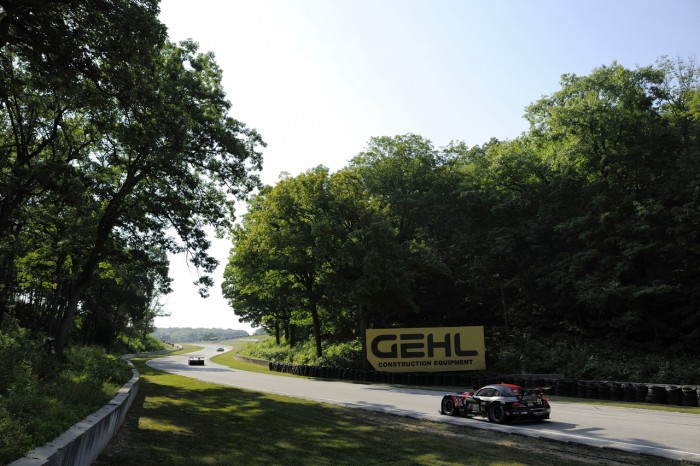 John Edwards, driver, No. 24 BMW Z4 GTLM: “Road America has a wonderful history and atmosphere. Despite our concerns last year that the Z4 would not be strong there I was able to put the car on pole and Dirk (Müller) and I finished second. The car is stronger this season in areas of weakness shown last year so I am confident we can score points. Lucas (Luhr) and I are coming off a strong second at CTMP and we plan to carry that momentum to Road America.”

Lucas Luhr, driver, No. 24 BMW Z4 GTLM: “From the driver’s point of view Road America is a very technical circuit. You have to be sure to minimize compromises that must be made on every lap to maximize your performance into the next corner or onto the next straight. It is also in a beautiful countryside location so the entire experience is something quite rare. With four races left in the championship the weekend is sure to be an intense one.”

The Continental Tire Road Race Showcase takes the green flag at 2:05 p.m. CT Sunday, August 9th and will be broadcast live on FOX Sports 1 from 3:00 – 6:00 p.m. ET. Follow BMW Team RLL on Twitter at @BMWUSARacing for “from-the-pit-box” updates all weekend.

Official: BMW X3 To Get 4-Cylinder