After years of faithful service both in Europe and in the US with Team RLL, the Z4 GT3 is being retired this fall. A new and much different car is taking its place; the M6 GT3. The new car will take over as BMW’s flagship for GT racing worldwide. The car will feature a huge leap in every aspect of design and engineering all derived from BMW Motorsport’s works projects from recent years. But perhaps the biggest achievement race teams are promised with this new customer car is lower running costs.

Interested teams can purchase the car starting on the 15th September 2015 for a MSRP of 379,000 Euros. Also on this day, the BMW M6 GT3 will be presented for the first time in a BMW Motorsport racing design, without camouflage livery, at the International Motor Show (IAA) in Frankfurt am Main (DE). The price for North American customers will be announced later this fall. 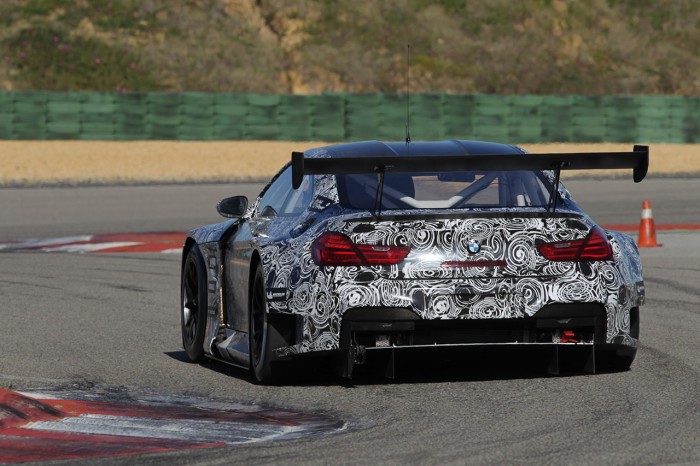 “Confirmation of the price of the BMW M6 GT3, and the announcement of the official sales launch on 15th September are further important steps on the road to the first race outing next year,” said BMW Motorsport Director Jens Marquardt. “We remain completely on schedule with the development of our new figurehead on the GT racing scene. The basic work of the past few months is now followed by a period of fine-tuning. After all, our approach is to provide our customers with a competitive car from the word go. Presenting the BMW M6 GT3 in a racing design for the first time at the IAA in Frankfurt will be a special moment.”

Replacing the S65 derived naturally aspirated V8 is a 4.4-litre V8 engine with M TwinPower Turbo technology. The new engine, only slightly modified compared to the M6 production engine, generates up to 585 hp depending on the classification. The entire car, including its self-supporting steel chassis, the welded FIA-approved safety cell, the carbon fibre crash structure at the front and carbon fibre reinforced plastic crash element at the rear, weighs less than 2866 lbs or 1,300 kilograms. According to BMW the new M6 GT3 is also vastly improved in driveability, ergonomics and safety. The goal was design beyond the GT3 regulations for 2016. 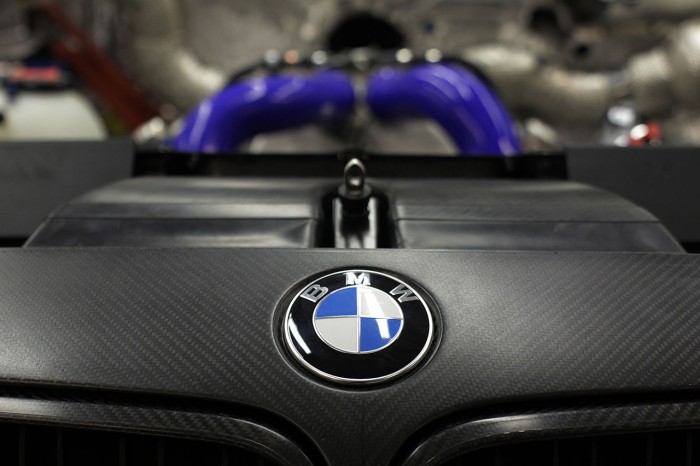 Running costs are constantly a concern for customer teams and BMW has listened designing the BMW M6 GT3 to be the most economic GT sports car that brand has ever built. Power train costs on the new car will be roughly 30 per cent lower than those of the BMW Z4 GT3 for example. From the very beginning BMW focused ensuring value in base car and spare parts.

“At the recent tests I was really impressed with the driveability of the BMW M6 GT3,” said Andy Priaulx (GB) who raced in the Z4 GT3 in the Tudor Sports Car Ch. “It’s really a big step forward compared to the BMW Z4 GT3 – and we have recently seen in Spa that this car is already operating at a very high level. The rate of development of the BMW M6 GT3 has been amazing. Most of all, the reliability of the car already looks more than promising. The BMW M6 GT3 has real potential – and I simply cannot wait to race it.”

With the BMW M6 GT3, BMW Motorsport’s aim is to offer a sophisticated and competitive racing car in series such as the 2016 IMSA Tudor Series in the US. And do it all at costs lower than ever before.

BMW USA Sales Down 4.6% for September