Concept is loosely defined as “an abstract idea or general notion.” But we know better. What you’re looking at above is the 2016 BMW M4 GTS save for a few details here and there. The highlights are obvious and frankly expected. But wow. Those wheels. That wing. The Porsche GT3 is ready. Can this new M4 finally take it? Talk to us in a year. In the meantime lets get to know the GTS.

Water injection gives the GTS more power with less consumption. Improved aero decreases lift and creates a car much more at home at the track. And increased use of carbon fiber reinforced plastics adds lightness. It’s all an equation that BMW has used to success in previous special edition M3s in the past. The only difference here is that this one will be finally available in the US.

We’ll have much more on the GTS M4 concept in the days ahead. Until then read on for the full release and the first photos. And as always let us know what you think in the comments below. 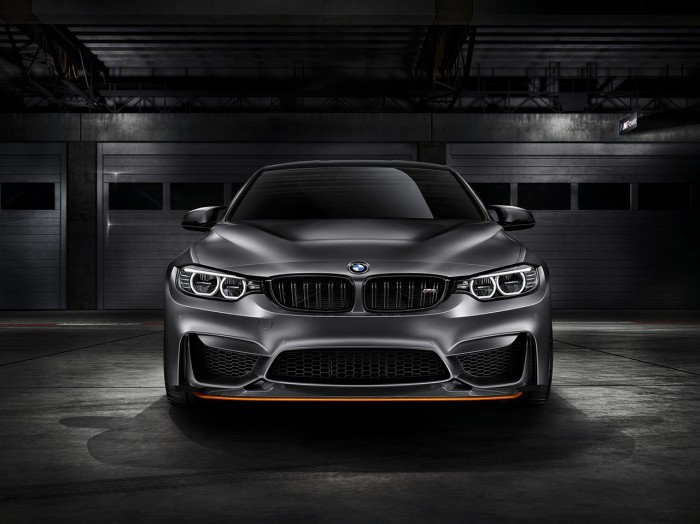 Official Release: A year on from the launch of the BMW M4 Coupe, BMW M GmbH is presenting an initial preview of a high-performance model for use on the road and on the race track: the BMW Concept M4 GTS – the first M3/M4 special production vehicle to be sold in the US.

The BMW M GmbH was founded in 1972 as BMW Motorsport GmbH and caused a sensation with its iconic BMW M1 racing car. As the force behind the world’s most successful racing touring car, the Group A BMW M3 and the development of the first turbocharged engine to win the Formula One World Championship, the BMW M GmbH return to its racing roots with the BMW Concept M4 GTS. 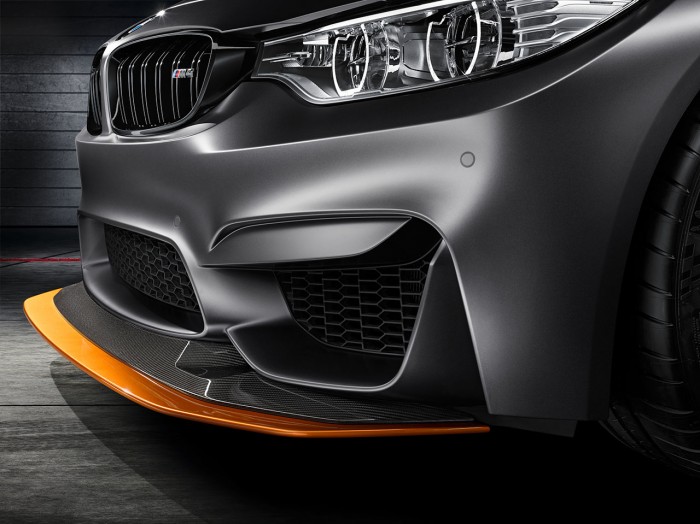 “While the BMW M4 Coupe embodies the ideal combination of motor sport genes and unrestricted everyday usability, the BMW Concept M4 GTS previews an emotionally powerful and exclusive special model conceived with an eye for trailblazing technology and a keen focus on the race track,” explains Frank van Meel, Chairman of the Board of Management of BMW M GmbH. “Despite its outstanding track ability, it is still fully road-legal. This is racing technology for the road in the truest sense.” 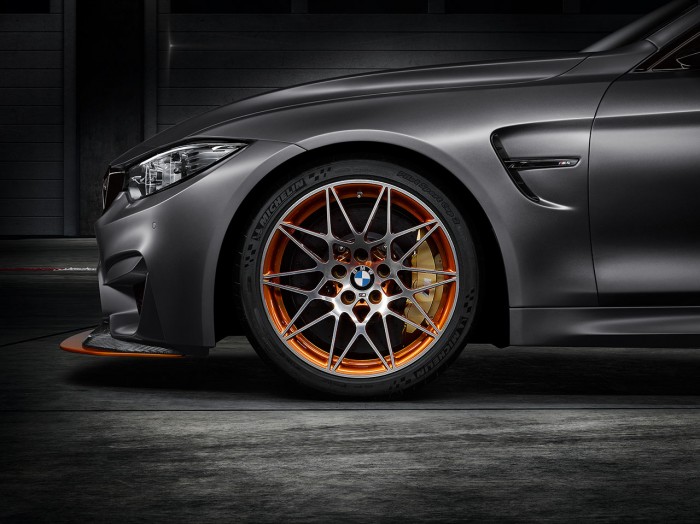 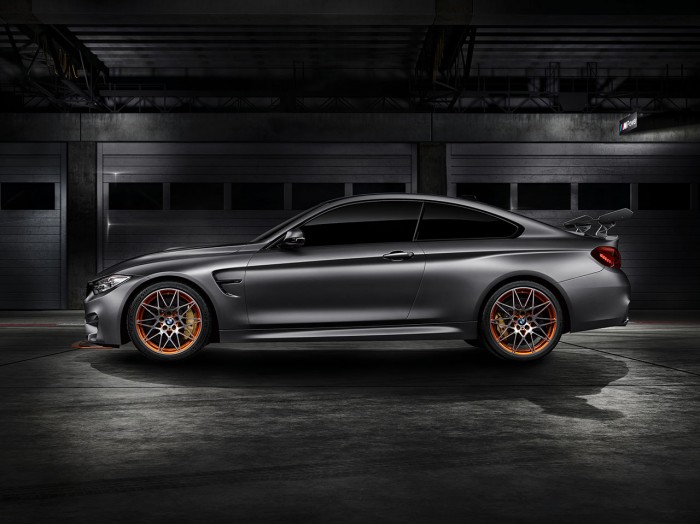 Optimized down to the finest detail.

The BMW Concept M4 GTS builds on the BMW M4 Coupe’s dynamic and emotional use of forms. Yet its character as a high-performance special model, in which every detail has been developed to fulfil its purpose as a successful track machine, also comes immediately to the fore. The manually adjustable front splitter and rear wing – both in exposed carbon – ensure perfect aerodynamic balance on the race tracks and on the road. Another example of the engineers’ rigorous adherence to lightweight design is the CFRP (carbon-fiber-reinforced plastic) hood which lowers the car’s weight and center of gravity. A wide front air intake optimizes airflow and minimizes front axle lift.

The dynamic and exclusive presence of the BMW Concept M4 GTS is accentuated by the exterior paint shade Frozen Dark Grey metallic, with the Acid Orange accent on the front splitter creating an effective contrast. The lightweight, forged and polished light-alloy wheels in 666 M styling also feature an Acid Orange accent. The 9.5 J x 19 (front) and 10.5 J x 20 (rear) wheels are fitted with Michelin Sport Cup 2 tires (265/35 R19 at the front, 285/30 R20 at the rear). The mixed-size tires provide the ideal conduit for the stand-out dynamic attributes of the BMW Concept M4 GTS. 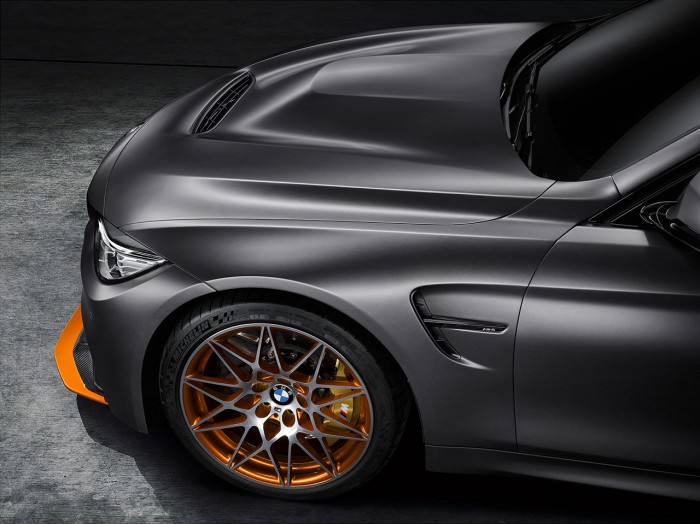 The engine powering the BMW Concept M4 GTS is equipped with the same innovative water injection system that has endowed the BMW M4 MotoGP Safety Car with a noticeable increase in output and torque.

The water injection system introduced by BMW M GmbH sees the engineers using the physical effect of water when vaporizing to draw the required energy from the ambient medium. The water is injected into the plenums of the intake manifold as a fine spray. When water vaporizes and goes through its phase transition absorbs heat, cooling the air intake significantly. As a result, the final compression temperature in the combustion chamber – and therefore the engine’s tendency to “knock” – is reduced, enabling the turbocharged engine to use higher boost pressure and earlier injection timing. 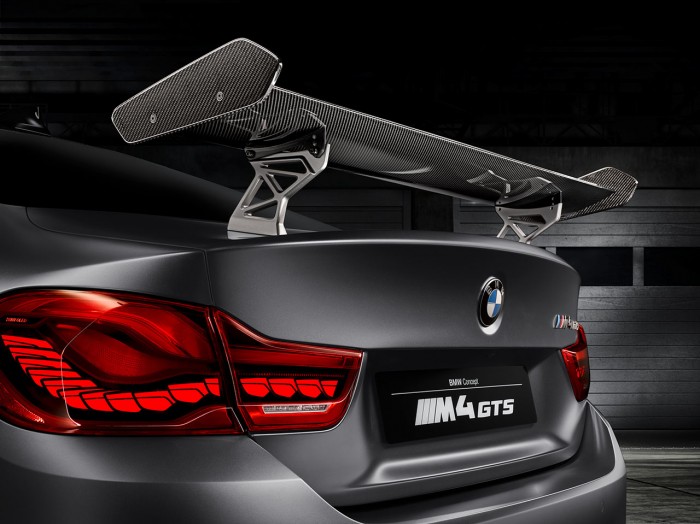 This technology ensures an increase in output and torque, while at the same time reducing the thermal stress on performance-relevant components. All of which also enhances the stability and durability of the turbocharged engine. The BMW Concept M4 GTS brings high-performance technology directly from the race track to the road.

The strong performance potential of the turbocharged six-cylinder in-line engine already demands an exceptionally sophisticated thermal management system for the engine and ancillary units. To ensure optimal operating temperatures in all situations, the M GmbH engineers have developed a highly innovative and effective cooling system. It comprises a main radiator plus additional radiators for the high- and low-temperature circuits, transmission and turbocharger in order to keep temperatures stable. The turbochargers are cooled by means of an indirect intercooler, assisted by an additional electric water pump. 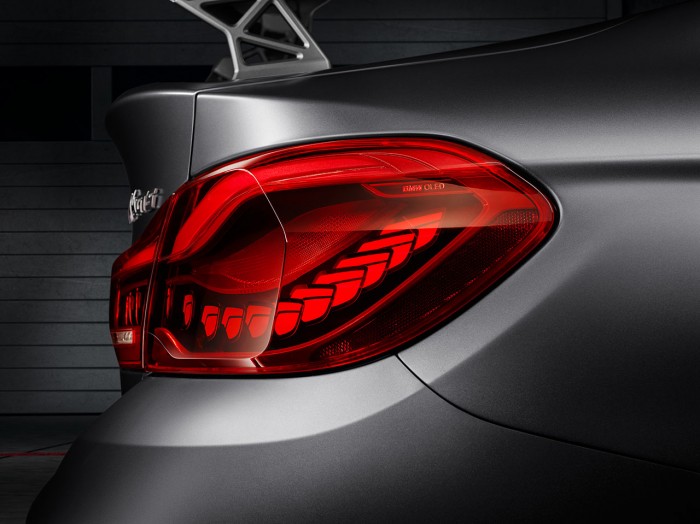 The world premiere of the BMW Concept M4 GTS takes place at the Pebble Beach Concours D’Elegance in Monterey, California on August 13, 2015. More details on the production version will be revealed at a later date. 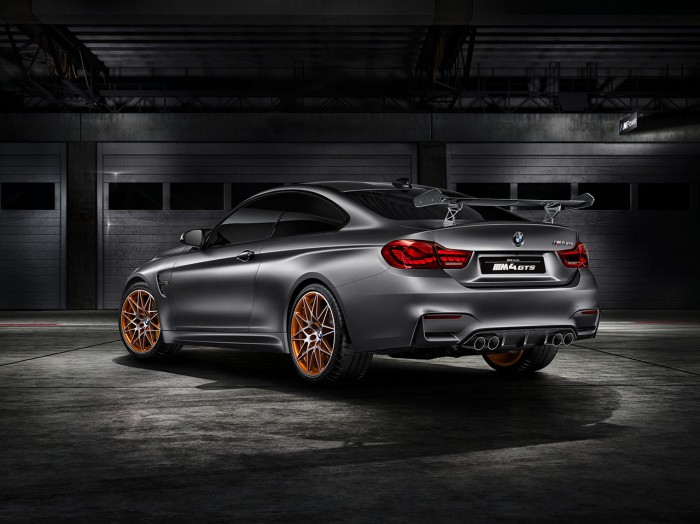