BMW Team RLL finished fourth and fifth in front of the large crowd that watched today’s two-hour-and-forty-minute TUDOR United SportsCar Championship Oak Tree Grand Prix at VIRginia International Raceway, in Alton, Va. John Edwards and Lucas Luhr, driving the No. 24 BMW Z4, finished fourth. Bill Auberlen and Dirk Werner finished fifth in the No. 25 machine. Both BMWs ended the race in the same positions from which they started. The race was won by the No. 911 Porsche.

BMW Team RLL raced two different strategies today as both BMW Z4 machines looked to get the most out of the new “single-stint” Michelin tire that has enlivened the GTLM field. The No. 24 Z4 of Edwards and Luhr planned on a four-stop race – making one more stop than rest of the field – in order to shorten the length of each stint and not push beyond the distance of the tire’s optimal performance. The No. 25 Z4 of Auberlen and Werner raced with a different combination of Michelins so they set up for a “traditional” three-stop race. 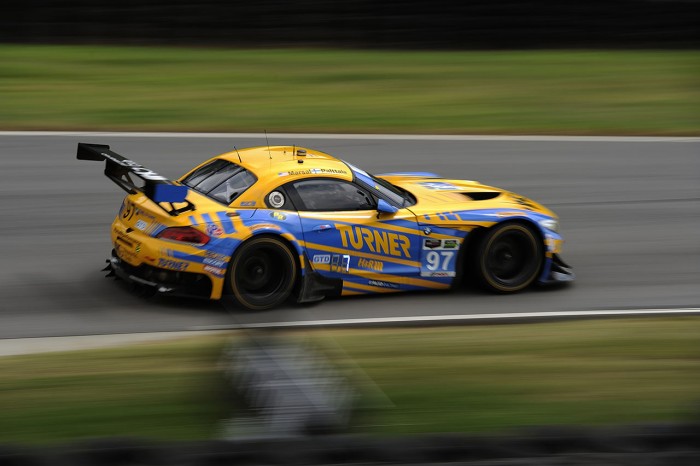 The No. 24 team had a flawless day, executing each stint systematically to finish fourth. Qualifying driver Luhr started the race, handing off to Edwards at the midpoint, 44 laps into the contest. The No. 25 team had two small issues during the race. Starting driver Auberlen had a spin in turn 1 on lap 20, but raced back to sixth before handing off to Werner on lap 29. The BMW Motorsport driver went off track on lap 68, losing the rear fascia of the car and picking up grass in the grille as he came back on track, but continued on to finish fifth.

Unofficially, Auberlen and Werner now stand third in Driver points. Edwards and Luhr are in a tie for fourth. BMW remains second in Manufacturer points, but now nine back of Porsche. 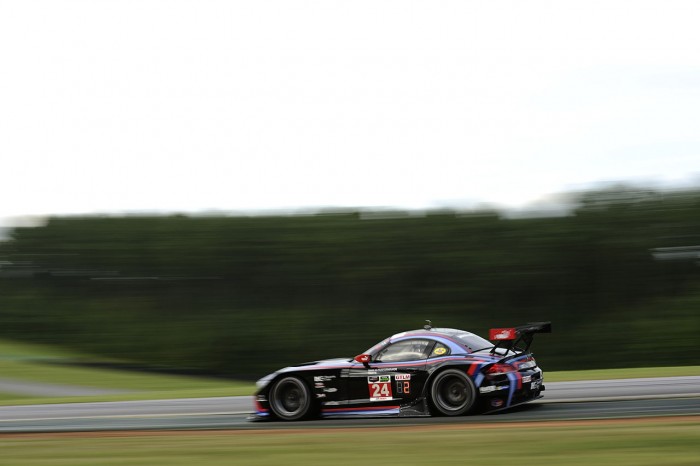 Bobby Rahal (Team Principal, BMW Team RLL): “Once again we beat the Corvettes and that is one thing we can be proud of. It is now the fourth race in a row Porsche has won, so they obviously have found something. It was a good race for Lucas and John, they had a different strategy, that paid off and they ended up with fourth. For the number 25 car we ran a different strategy, and it wasn’t quite as good. The car’s pace was actually not bad, but we just don’t have the pace of the Ferrari or the Porsche. Also the Corvette hasn’t had the pace of those two cars for the last couple of races. We did the best with what we had today.”

John Edwards (No. 24 BMW Z4 GTLM, P4): “We have come a long way from Road America and our struggles there. We could almost match the Porsche’s pace if we added a pit stop to the race, so that is what we did on the No. 24 car. I believe COTA and Petit (Le Mans) will see us much more competitive.” 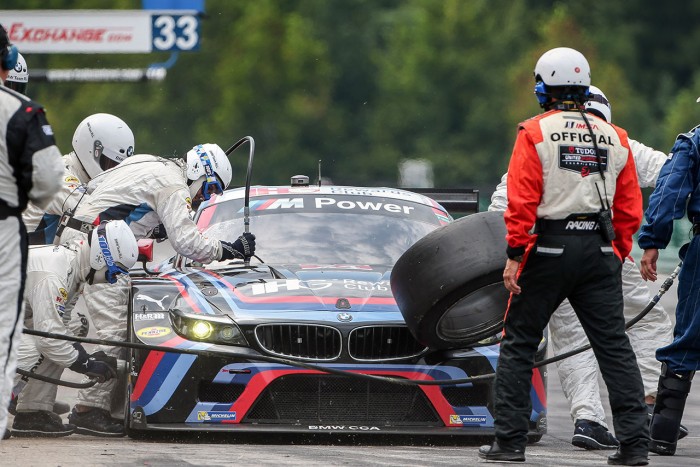 Lucas Luhr (No. 24 BMW Z4 GTLM, P4): “There was definitely an improvement from the last race. There were times today where we were quite competitive. We split the strategy with the two cars, and we came out a little bit ahead of the 25 car, but we’re both still too far behind.”

Bill Auberlen (No. 25 BMW Z4 GTLM, P5): “We ran a slightly different strategy to the No. 24 car and we didn’t quite have its pace. They added an extra stop and it worked. We both finished ahead of the Corvettes, so we have gained points on them, but we all need to find a little bit something more if we are going to take it to Porsche.” 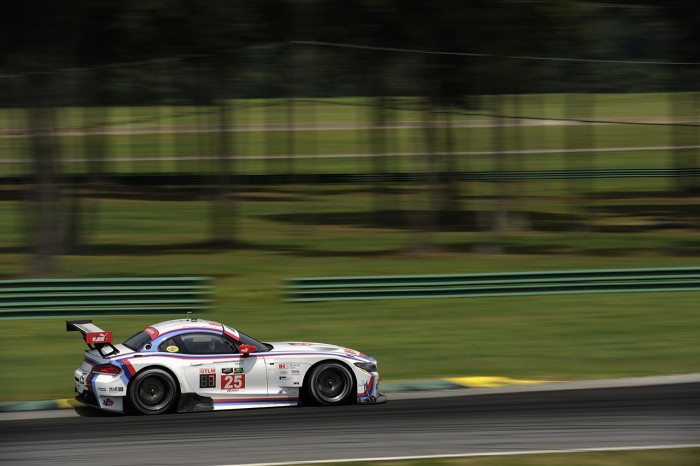 Round Nine of the 2015 TUDOR United SportsCar Championship will be held at Circuit of the Americas, in Austin, Texas, on Sept.19th. The two-hour-and-forty-minute Lone Star Le Mans will be broadcast live from 12:30 – 3:30 p.m. ET on Fox Sports 2.

BMW Team RLL Results at the Circuit of the Americas