BMW Team RLL survived a very hot and humid afternoon at Circuit of the Americas, in Austin, Texas, to finish first and seventh in today’s two-hour-and-forty-minute Lone Star Le Mans race, the penultimate round of the 2015 TUDOR United SportsCar Championship. The third victory for the team this season moves BMW to second place in GTLM Manufacturer points standings. 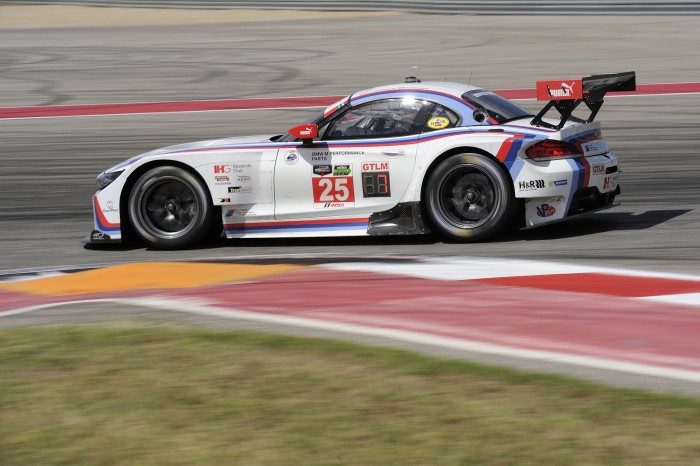 Bill Auberlen and Dirk Werner took the victory in the No. 25 BMW Z4 for the duo’s second win of the season. They completed 72 laps of the 3.4-mile, 20-turn circuit during the race, finishing 1.993 seconds ahead of the No. 62 Ferrari. The balance of the race saw the No. 25 Z4 race as high as a solid third, but the win was in large part due to excellent BMW Team RLL strategy and management as Werner had exactly the amount of fuel necessary to win. In the closing minutes of the race both of the Porsches, which led the field for almost every lap, had to pit from the first two positions for fuel. Unofficially, Auberlen and Werner now stand second in GTLM driver points standings, only three behind the leader Patrick Pilet. 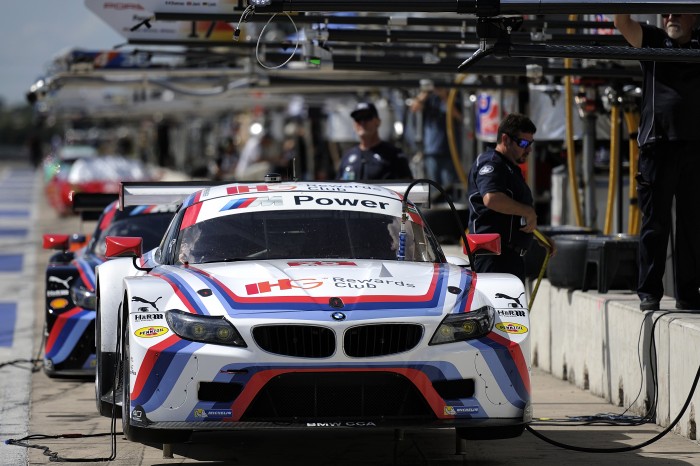 John Edwards and Lucas Luhr had a disappointing day, finishing seventh in the No. 24 Z4, after a late race puncture due to debris on the track forced the car to the pits nine laps from the checkered flag. Some consolation came from the fact that the No. 24 Z4 was awarded the DEKRA Green Challenge trophy as the most environmentally clean, fast and efficient GTLM competitor of the race. Unofficially, Edwards and Luhr stand fifth in GTLM driver points.

BMW Team RLL is now firmly back in the championship chase and the season-ending 1000-mile Petit Le Mans on October 3 will now settle all GTLM class titles. The race will be broadcast live on a combination of two platforms, FOX Sports 2 and imsa.com. 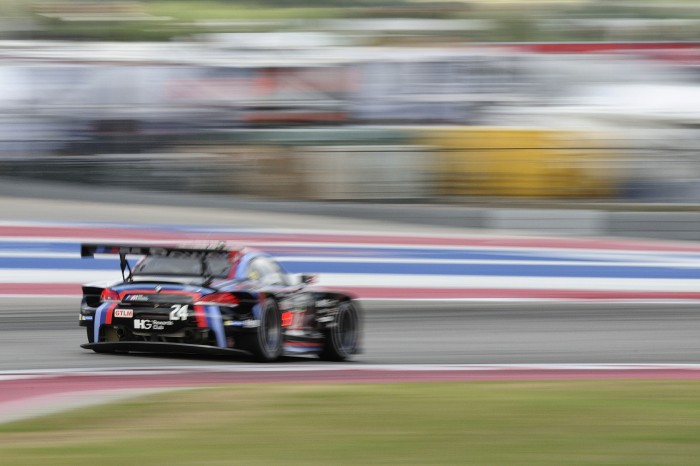 Bobby Rahal (Team Principal, BMW Team RLL): “I felt we could have a good day, but I didn’t know we were going to have to wait to that close to the end. It was a great day for the team and BMW. Great drives by Bill and Dirk, who both did a great job. We had to save fuel to make it, as did everybody. The Porsches had to stop two few laps ahead of us and it was just a matter at the end for Dirk to drive as hard as he could and save fuel. It worked out beautifully. After the last couple or three races this was pretty sweet.”

Bill Auberlen (No. 25 BMW Z4 GTLM, P1): “Thanks to BMW Team RLL for gritting it out in the heat and the humidity. Days like today makes everything worth it. You give it your all every time you are in this car. We have been right in the championship all year long and now we are right at the front again.”

Dirk Werner (No. 25 BMW Z4 GTLM, P1): “What a roller coaster of a race. At the beginning somehow everything went against us. At the start we fell down about four positions. Then I also had one flat spot during my first stint, so couldn’t really go at a good pace. When Bill got in he was really quick. He overtook one Corvette and then he was that close to the leading pack. After the yellow where we again fell back to P6, because the Ferrari overtook us, the Falken Porsche overtook us, both Corvettes overtook us, that was a miracle how that we ended up first. Preparation paid off and then the team did very, very good work in calculating the fuel and giving me instructions. The car was just great over the stint. I think everybody can be so happy because we did just a crazy great job today.”

John Edwards (No. 24 BMW Z4 GTLM, P7): “The puncture was a shame for us, but first of all congratulations to the guys in the 25 car. They did a great job. I think we could have had two BMWs on the podium today, even with the second yellow that kind of hurt our car. So it is really disappointing, but at the end of the day Lucas and I were already pretty far back in the drivers’ championship, so our main goal is to help BMW win the manufacturers’ title.”

Lucas Luhr (No. 24 BMW Z4 GTLM, P7): “At the end we were unlucky with the puncture on our car. I think we could have finished third. That is the way it is, and that is how it goes sometimes. I am happy for the 25 car and BMW that we came out with a win here. It was a very tough, hot and close race so whoever came out of here as the winner deserves it.”

by Michael
i3 Official News