This is not the new BMW i5 as some have suggested. Lets get that out of the way right now. However it is an internal design study that BMW may or may not show in the near future. More specifically these point to BMW attempting to stretch the design language of the current BMWi brand to an i3 based two door coupe. In other words this is likely a concept that BMW has produced to get a feel for what a new BMWi variant could look like. Will it ever reach the marketplace? Likely not in this form. However we’d bet that this is an evolutionary stepping stone to what will eventually be shown in concept form.

These images (leaked by a Chinese website) come from a Chinese patent application which may have been submitted some time ago. 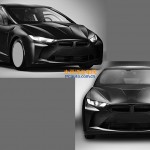 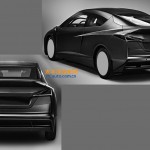 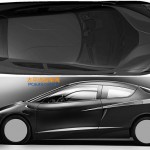 As we near the unveiling of the first M4 Coupe the camo continues to come off. In what might be the final picture of…