For years we’ve wondered how BMW’s small car front wheel drive strategy would play out for the beloved 2 Series. Now we may know. Autobilde (courtesy of BMWblog) is reporting that the BMW board has indeed decided to base the next generation 2 Series on the brand’s front wheel drive architecture. This would give the BMW brand a clear differentiation between it’s large RWD based cars and the smaller FWD offerings.

We’ve held off reporting this news since it came out earlier in the week in order to better confirm it but alas no one is talking. While taking Autobild at its word can sometimes be risky, they are typically a source of insight into the world of BMW. Strategically it also makes sense. Economies of scale and mass market expectations would lead the smart product planner down this route. But from a brand and even emotional standpoint, it’s questionable. 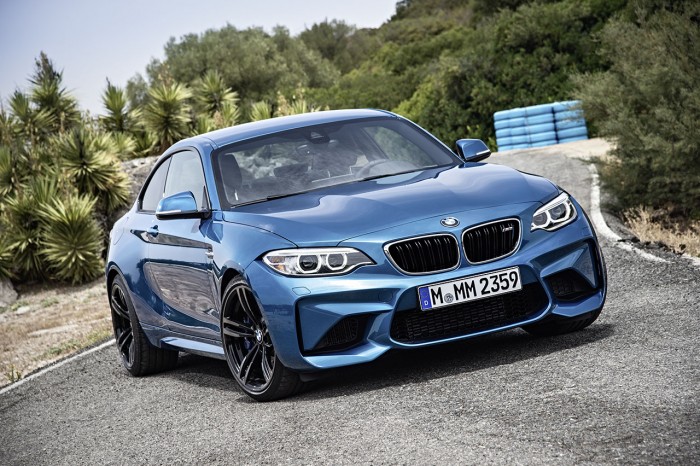 The problem is that the BMW brand is traditionally about driving dynamics more than production efficiencies. Since the 70’s BMW has defined the small sports sedan & coupe market rather than followed it. Moving to a front wheel drive architecture in its small coupe offerings wouldn’t just eliminate the entry level offerings of the 2 Series (essential in attracting younger consumers to the brand), it would also kill (or radically change) future versions of small M cars such as the 1M and M2.

For years critics have complained that BMW is straying further and further away form the values that made it successful. For years we’ve seen both sides of the argument and more times than not sided with BMW’s view of progress. But eliminating the most enthusiast focused RWD coupe BMW builds is hard to agree with.

Of course that’s if this is true. We’re holding out hope that this report is premature and BMW will still come to its senses with the 2 Series. We’ll know more shortly.

BMW M2 and BMW 1M Don’t Like Each Other