Official Release: BMW Team RLL was back at the sharp end of the IMSA WeatherTech SportsCar Championship GTLM field today, posting the second and third place starting positions for tomorrow’s Sahlen’s Six Hours of the Glen, the fifth round of the 2016 season.

The recently repaved Watkins Glen International circuit produced the expected fast laps with Dirk Werner setting the second quickest time (1:41.650 minutes) around the 3.4-mile, 11-turn circuit in the No. 25 BMW M6 he will co-drive with Bill Auberlen. John Edwards, driving the No. 100 BMW M6, was third – only 0.255 seconds in arrears of Werner with a 1:41.905 minute lap. Edwards co-drives with Lucas Luhr. The pole went to Richard Westbrook in the No. 67 Ford GT with a lap of 1:41.301 minutes. 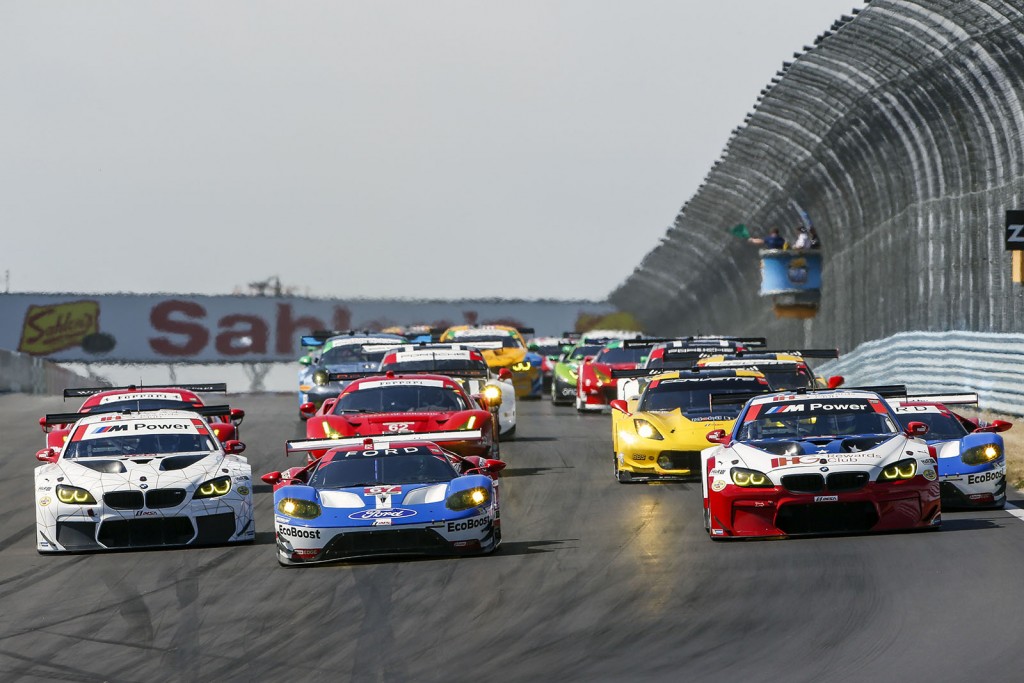 This year is a historic one for The Ultimate Driving Machine® as Bavarian Motor Works celebrates its 100th anniversary. To mark the occasion both of the M6 machines race with unique liveries and numbers significant to the marque. The number 100 M6 looks forward to BMW’s next century with an artistic theme. The number 25 M6 races this weekend with a Stars and Stripes livery in honor of the nation’s Independence Day and the BMW M3 GTR that won the Petit Le Mans race in October of 2001.

“The testing we did here has paid off, but, of course, tomorrow is the race,” said Bobby Rahal, Team Principal. “As regards to the pace, we seem to be right there in the thick of it. Tomorrow will be about how we can perform over long runs, and I think the engineers are fairly happy with the way we ran this morning in long run scenarios and a kind of a race simulation. I think we have a good chance.”

Dirk Werner, driver No. 25 BMW M6 GTLM (P2): “I am happy because it looks like we have turned around our Laguna Seca result to something good here at Watkins Glen. I am very happy with how the car behaves on this track and we are just right there performance wise with our competitors. We did some good work during the Le Mans break with our testing efforts. It is a good position to be in if you are happy with the car and you feel comfortable with it. I think we can do something good in this race.”

John Edwards, driver No. 100 BMW M6 GTLM (P3): “We are definitely much more in the window here. I wasn’t surprised to see the Ford go quick, but I was a little surprised to see it go that quick. The race is a different story. It is six hours long, always unpredictable and there are a lot of chances for plenty of stuff to go wrong. We are in a good spot to stay out of trouble at the beginning and just see how the race unfolds from there.”

The Sahlen’s Six Hours of the Glen takes the green flag at 10:10 a.m. ET Sunday, July 3 with the live broadcast beginning at 10:00 a.m. ET on FOX Sports 1. Follow BMW Team RLL on Twitter at @BMWUSARacing for “from-the-pit-box” updates all weekend.

The Story of One of the First BMW Dealers