The early reviews are in and it would appear that BMW has listened to its critics. Here’s the verdict straight from Autocar:

We sampled three prototypes, each with a different suspension set-up and options. The 2.0-litre turbo 530i sDrive ran the standard steering and suspension, the 3.0-litre turbo 540i sDrive featured both dynamic damper control and four-wheel steering, and the 3.0-litre diesel 530d xDrive combined non-adaptive sports suspension and four-wheel steering. While these prototypes were running a final-specification mechanical package and provided a clear pointer to the direction the new model has taken, they were missing the usual quality touches you’d expect from a new BMW. As such, it would not be fair to definitively judge the new 5 Series just yet. 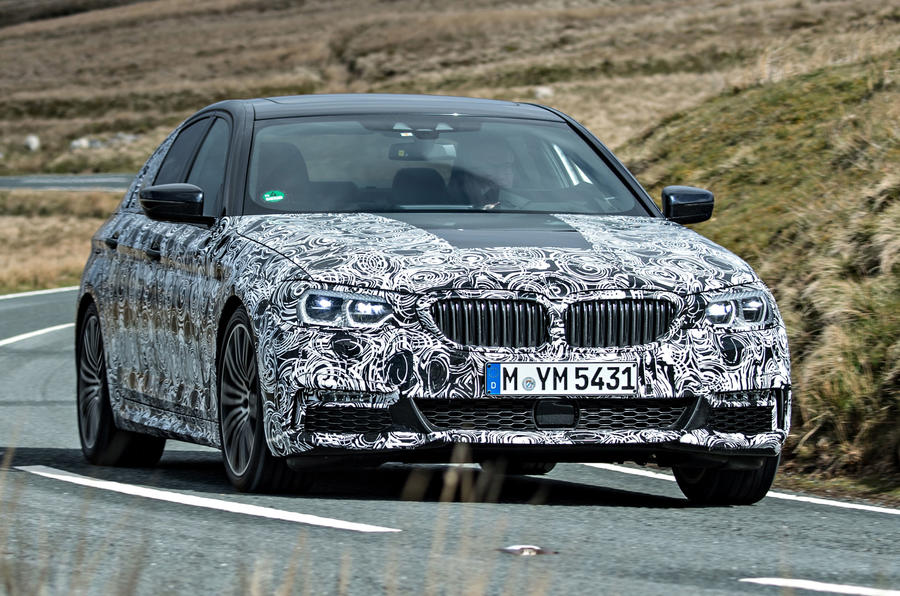 What is clear is the new model has progressed in a number of key areas. The various changes BMW has brought to the chassis certainly help to lift the 5 Series’ game in the dynamics department. It’s now a more rounded car than ever before – one with a mesmerising range of abilities with the right options.

We also got to test a number of alternative software maps for the steering, highlighting the difficulty of hitting the right compromise to provide the sort of sporting attributes the 5 Series has become known for down through the years. By adopting what BMW describes as a full electric set-up, engineers were simply able to connect a laptop and alter the characteristics of the steering while on the move – something van As says has enabled his team to test a wider range of set-ups in a concerted move to broaden the new car’s dynamic abilities.

It’s a fascinating thought that the pure electric set up has allowed for more of an analogue feel to the steering. Here’s more on the steering:

The new set-up, which will be largely mirrored on the next 3 Series, adopts a fully electric steering system, both in standard rear-wheel drive and four-wheel-drive xDrive models. There’s also a new mounting system for the steering that’s claimed to provide the rack with improved rigidity and therefore greater feel and increased feedback.

The new steering system is allied to completely reworked double wishbone front suspension that uses a greater number of aluminium components for a reduction in unsprung weight. Due to its inherent design and the fact that its lower arms are largely freed from supporting any lateral forces, BMW says the new set-up provides a more integrated solution for a sportier drive. 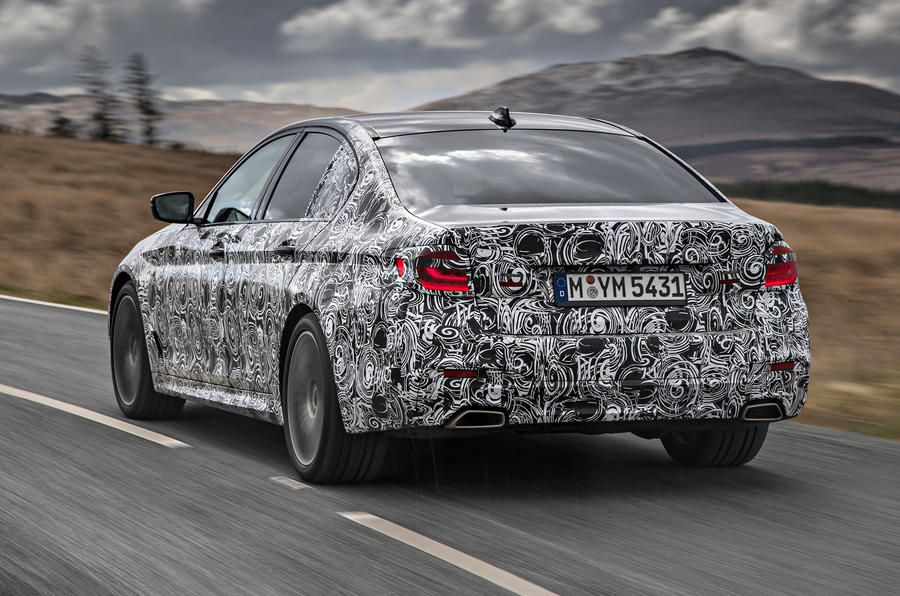 What does that mean in the real world?

There’s a superb feeling of balance and fluidity about the new BMW, too. The consistency and conviction of its actions provide it with great poise and a wonderfully secure feeling when hustled along. You can confidently thread the new 5 Series down a winding back road without any qualms about its ability to soak up lateral forces and keep gripping hard even at very high speeds. It is very fleet in its responses while at the same time delivering an engaging exactness to your inputs in rear-wheel drive guise. A new generation of dampers featuring altered valves and faster-acting software also ensure roll angles are kept well in check even on the standard suspension, which provides continuously variable properties.

It’s safe to say this is the best-riding 5 Series yet. The new chassis imbues it with a more cosseting and controlled feel over any given road than its predecessor. It is very accomplished, whether coping with high-frequency bumps around town or more undulating topography at higher speeds out on the open road. It’s quiet, too. Indeed, tyre roar is very well suppressed, indicating it will be a brilliant motorway cruiser.

It all adds up to a seemingly compelling upgrade over the current 5 Series. But perhaps more importantly it hints at a renewed interest in driver involvement and performance without the loss of comfort. Two things that recent BMWs seem to have a hard time combining.

From the 1 Series to the 8 Series, BMW Prepares for a Product Offensive