BMW NA October year-on-year sales again to 24,017 units delivered, a drop of 18.4%. Industry wide sales were down slightly as well, dropping 4.9% overall (this number will change a bit, most likely downward. Ford had a fire in it’s corporate headquarters Monday, and won’t report until later this week.) The only numerically significant growth in sedans came from the new 7-series. October sales grew 515 units to a monthly total of 1,133 deliveries. 2-series sales dropped almost 20% to just over 1,000 deliveries. The 7 and 2 are the only cars that are showing year-to-date sales growth. 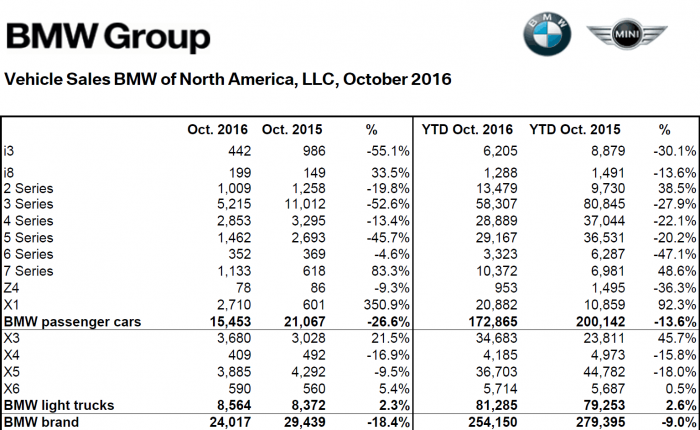 Other good news for BMW is that the X1 and X3 October sales grew significantly. Oddly, X4 and X5 numbers were both down when SUV/CUV sales have driven most of the good news for US light vehicle deliveries (the hottest segment is light trucks). Pre-owned BMW sales set October records, up almost 40%! But even including these deliveries, total monthly sales are still down over the previous year.

Industry-wide, the post-recession sales party seems to be over. Unless sales really take off in the last two months of the year, total light vehicle deliveries will be less than 2015, despite the fact that incentive spending has risen. 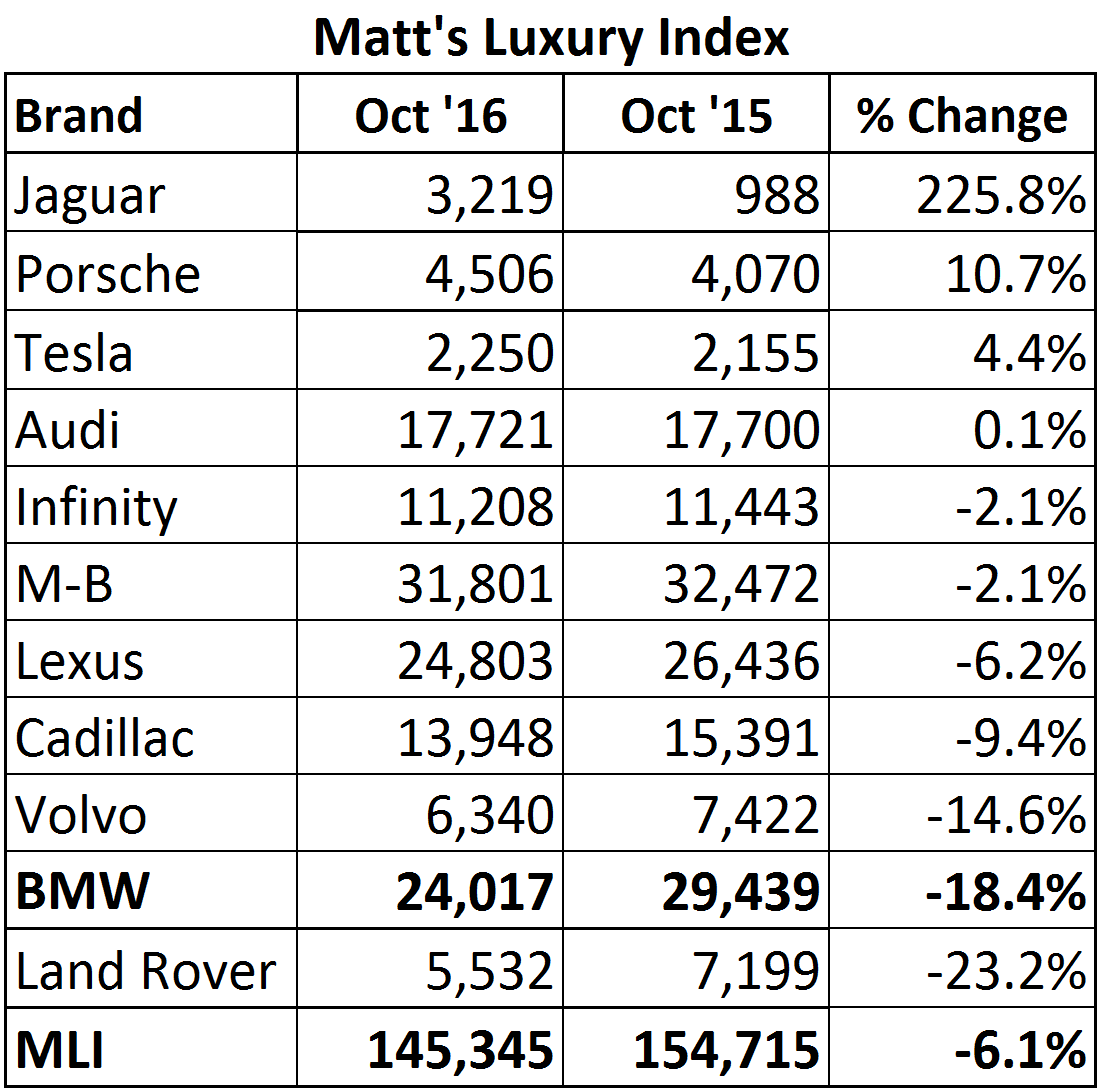 Looking at Matt’s Luxury Index, the news continues to be bad for BMW. The monthly sales drop is about three times the MLI average. The only worse performance was from Land Rover. Maybe the Jaguar F-Pace is stealing more Land Rover sales than anything else.

“The volatility of the U.S. market is more clearly evident as the pace of sales continues slowing from the peak of 2015,” said Ludwig Willisch, President and CEO, BMW of North America. “At the same time, BMW Sports Activity Vehicles – X1 to X6 – have set a new record, more than 100,000 sold year to date, accounting for 47% of our October sales, with room for more growth as demand for these popular models continues to increase.”

Another Dissapointing Month for BMW Sales in the US