The BMW Museum is always seen as the must have stop for any BMW fan visiting Munich (250,000 people a year can’t be wrong). The museum is an amazing experience in how it serves up BMW’s history that doesn’t simply inform but creates a sense of wonder. It treats engines, objects and cars (some close to priceless) not has art but as reference points for a living and breathing brand. The result is an experience that is easy to enjoy and get a lot out of. But for BMW enthusiasts there’s even more hallowed ground. Tucked deeper in the sprawling BMW landscape just north of Munich is the new headquarters for BMW Classic. 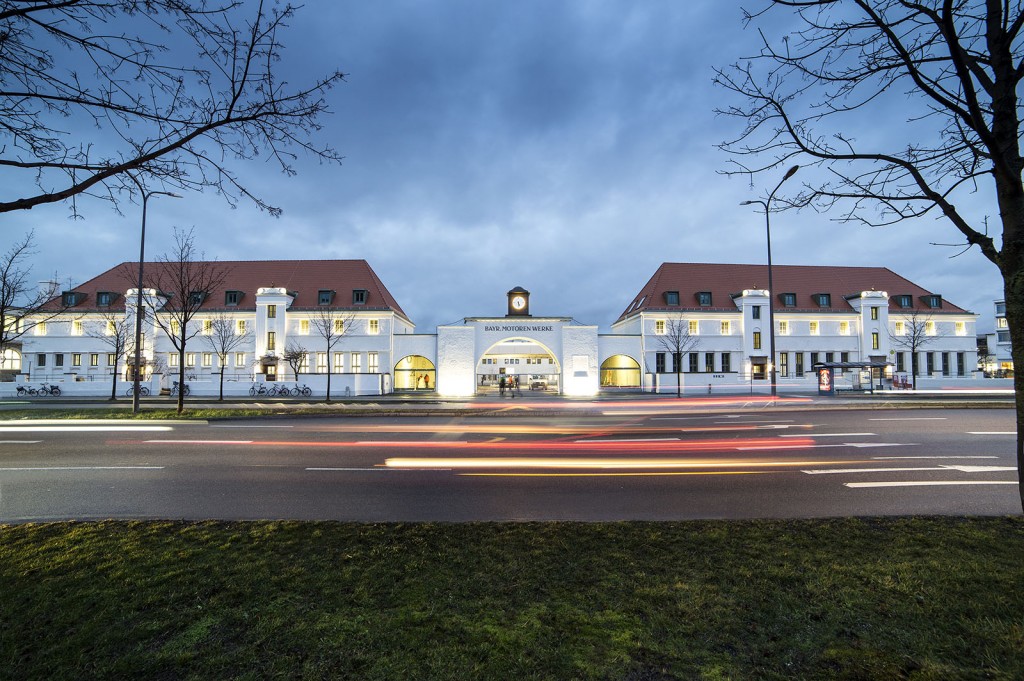 The ultimate wonderland for BMW fans, Classic hides deep in its bowls some of the most famous BMW street cars, prototypes, concepts and race cars in the world. If the BMW Museum is the picture book for history, BMW Classic are the scrolls themselves. Stripped away is the narrative that creates context and guides visitors through innovation and products. Instead you’re left with a warehouse of nothing less than 80 of the most famous BMWs in the word.

What is BMW Classic and why haven’t you heard of it before? It’s been a department within BMW for years with its headquarters located just outside of the Fritz (BMW’s main office building). Due to limited space, Classic has historically been limited in the ability to showcase its wide selection of treasures. That dramatically changed when BMW Classic moved into a new campus just down the street from the BMW Welt. In stroke of perfect timing and a bit of luck the building that BMW was able to secure for the new headquarters was the first factory the brand ever made use of in 1918. 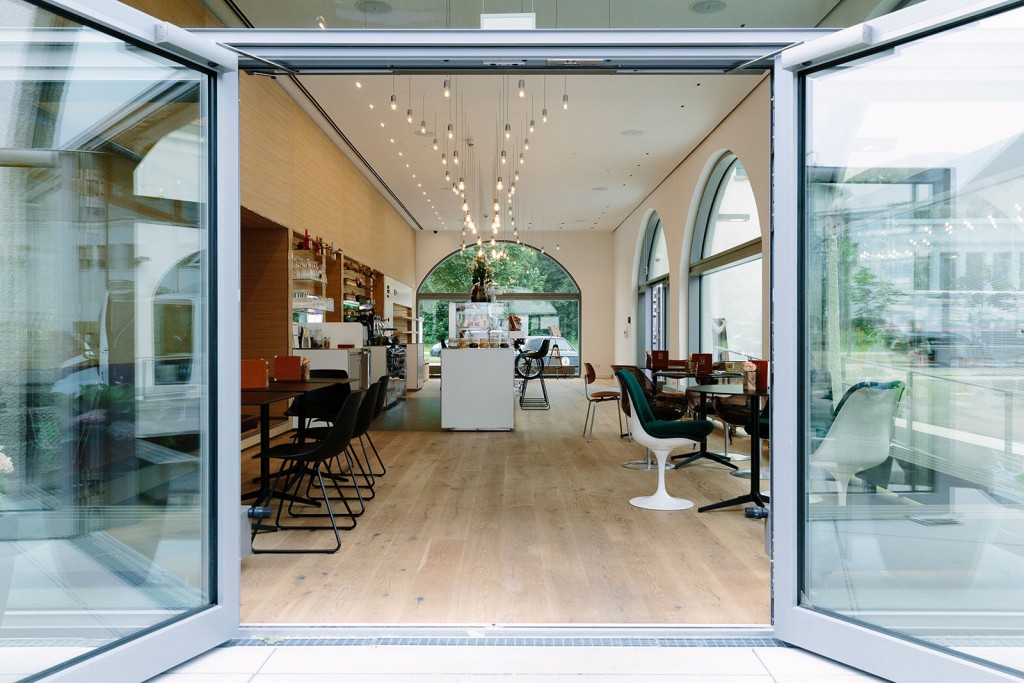 Because of the historic nature of the campus, BMW went through long process of carefully restoring and modernizing each building with respect to its landmark status. The result is a mix of modern design and thoughtfulness with classic German architecture.

As with our recent closed door tour of the BMW Museum, BMW Classic curator Florian Moser was kind enough to take us through the facility. 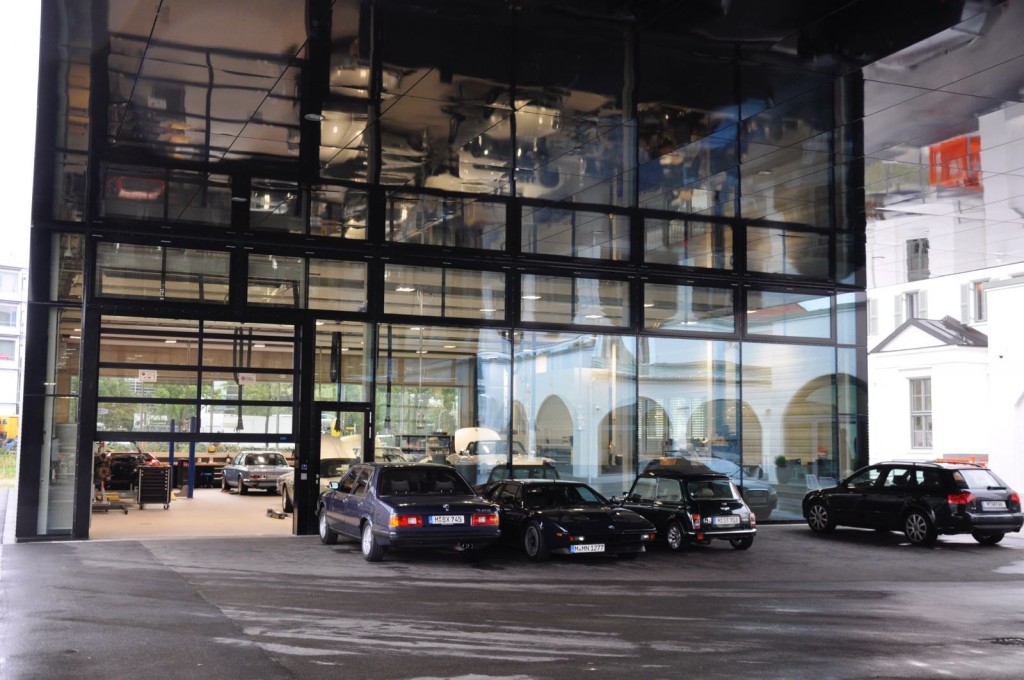 Driving into the new/old campus your first struck by the symmetry of the architecture: one side housing the offices of BMW Classic, the other a public cafe and restaurant. After a quick bite and an expresso we journeyed back to the new portion of the campus that was designed for servicing BMW’s of every kind.

With this move into a new headquarters BMW Classic has opened a world class restoration facility which has begun handling some of the most famous BMW in the world. The 507s, Z8, classic Minis and CSLs shared the floor with the famous FINA McLaren F1 Longtail and the BMW V12 LMR Dell car. 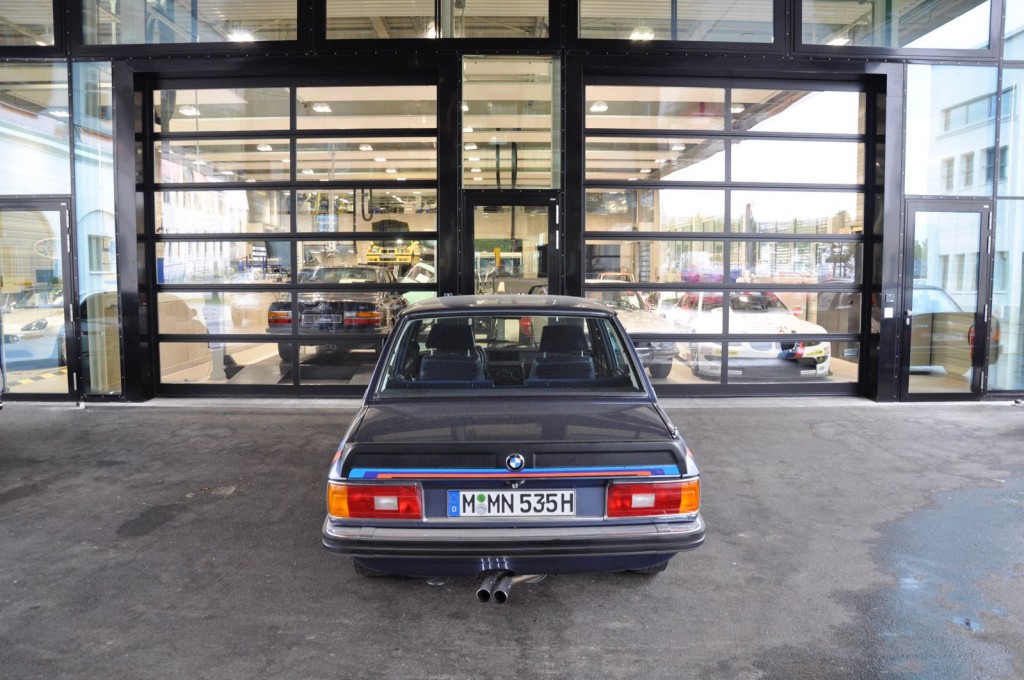 However what makes the shop truly interesting is that anyone can call and book service with a near classic or classic BMW. While full restoration costs can be enormous, the shop’s hourly rate and part pricing are comparable with any other German BMW service center. The idea is to keep Classic involved in the day to day maintenance and restoration of privately owned cars – not just museum pieces. In doing so they have a better understanding of the cars as they age in the real world.

Walking past the two new garages that sit behind the front offices you quickly get to the heart of BMW Classic; the archives themselves. Florian produces a key card from his pocket and with a quick beep, we’re let into the inner sanctum of BMW’s past. The scene is like nothing else I’ve seen before. Cars I had models of as a kid litter every corner next to other cars I’ve only read about. Immediately in front of us is the Le Mans winning V12 LMR prototype. Next to that is the M1 Procar driven by Nelson Piquet. The list goes on. 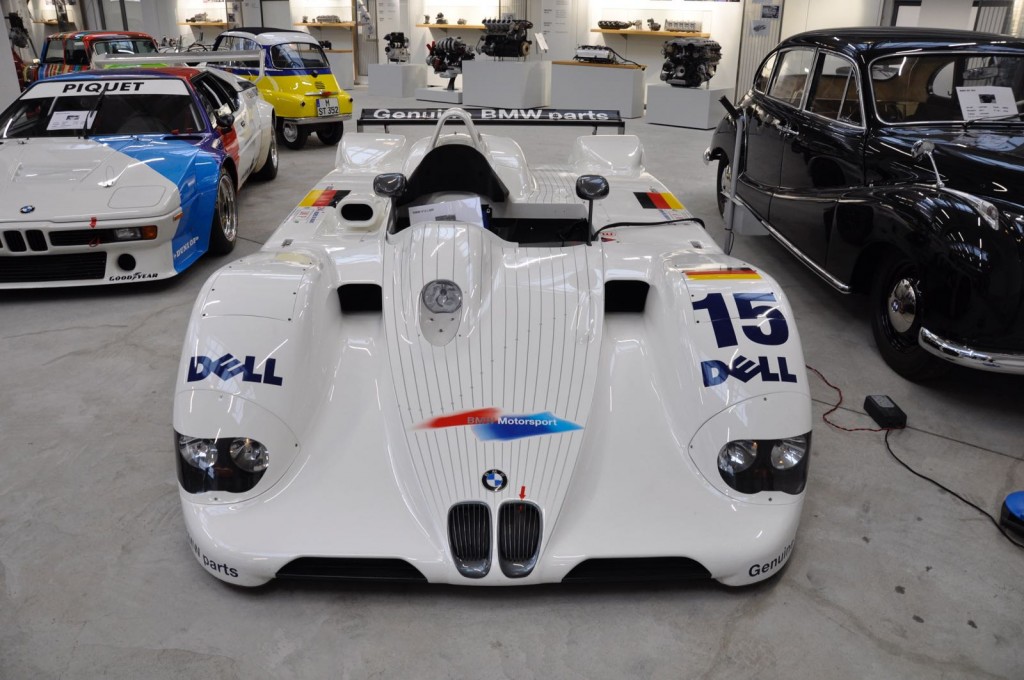 Unlike the BMW Museum there are no stories elaborately designed and displayed. In the BMW Classic archives the cars talk loud enough. But with Florian as our guide we’re able to understand nuances in each car and why they’re particularly interesting. There’s the gorgeous and one of a kind yellow 507 painted to match a favorite scarf of the owner’s wife next to the famous replica of the 1939 328 that BMW created a few years back.

The highlights are too many to list but a few that stick out:

This is a place that you can get lost in both the details and the expansiveness of it all. While the space itself isn’t that large, the historical importance of every piece of metal is at times overwhelming.

Additionally the job that BMW did to bring a modern sensibility to a historically important structure is impressive. There’s a sense of living history inside of a very vibrant and modern company in almost every corner of the campus.

While BMW Classic isn’t open to the public like the museum, visiting is easier than you might expect. Bookings enquires can be sent to eventforum@bmw.com, or call +49 (0)89 – 382 57262.