Skip to content
Two new and unique cars have been presented today by BMW i and Garage Italia Customs to celebrate the Memphis Design Group. It was a world premiere in the extraordinary setting of the UniCredit Pavilion in Milan. With the exclusive BMW i MemphisStyle interior and exterior Design on the BMW i3 and the BMW i8, Lapo Elkann’s creative hub payed hommage to the visionary style of the artistic and cultural movement that revolutionised the world of design in the 1980s.

“Renewing the bond with BMW i is a great pleasure. I fully share their vision of looking at the future and technological innovation as the leading elements in any project.” – says Lapo Elkann, Chairman and Creative Director of Garage Italia Customs. “Creativity, style and innovation have always been the key features of all the work carried out by my team in the field of planning and the study of design. This collaboration has given me the opportunity to celebrate my great passion for the Memphis artists. I have been collecting significant works of art from this movement for quite a while and they surround me and inspire me in my everyday life. I can’t help but be proud of the result achieved by my creative hub. Once again, my designers have beaten every expectation; they managed to transfer the real essence of the Memphis Design onto these futuristic one-offs”. 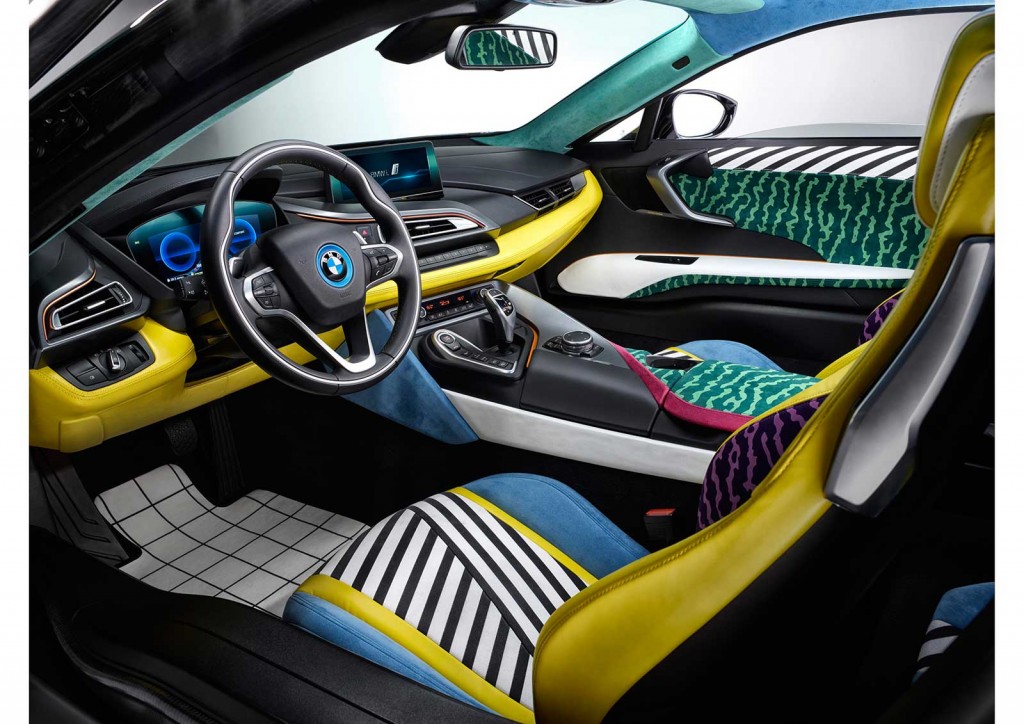 The Memphis Group and BMW i

Founded in 1981 by Ettore Sottsass, the Memphis Group was an absolute antithesis to functionalism and any commercial logic. It gave rise to daring lines in furniture that was characterised by unusual materials and original graphic patterns. The style was clearly provocative and was inspired by movements like Art Deco and its surprising geometrical shapes, Pop Art with its bright colours and Kitsch as a way to detach from the minimalist design of the 70s.

Adrian van Hooydonk, Senior Vice President of BMW Group Design: “During the nineteen-eighties, the Memphis Group questioned the formal severity and classic functionality of design artefacts both in a somewhat provocative and humorous manner. In this way, Memphis became a symbol of contemporary design. With its design drafts, the Group challenged existing dogmas, aroused emotions and created designs with high recognition value. 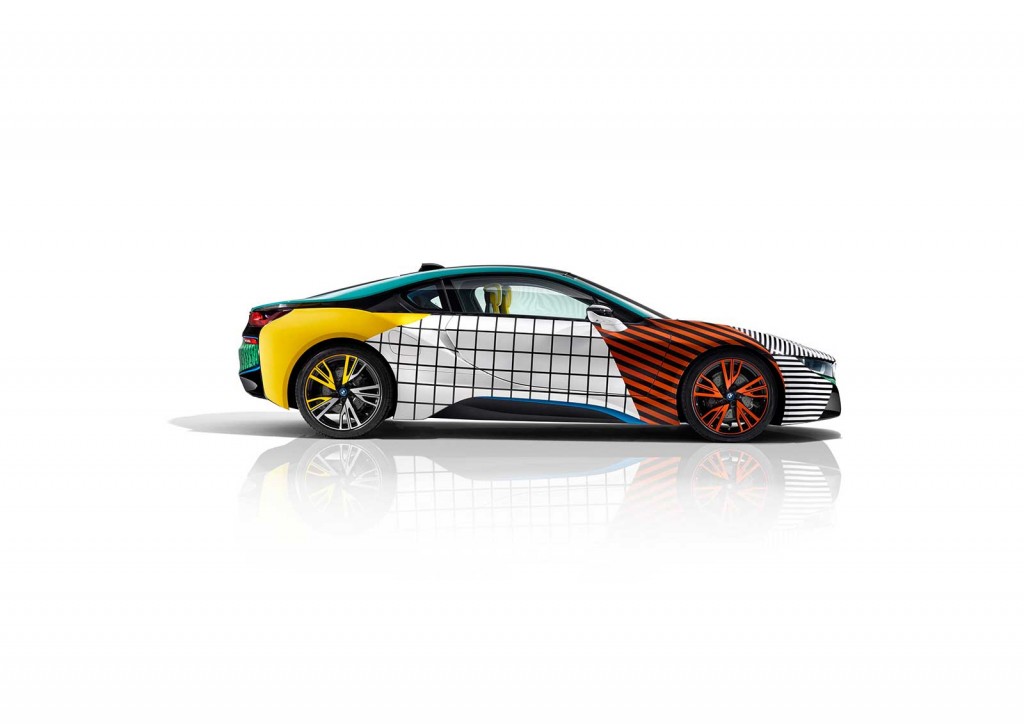 The BMW Group pursued a similar approach when designing the BMW i vehicles, questioning typical car design language, breaking new ground and redesigning vehicles from scratch. Electric vehicles of the first generation were predominantly intended to attract attention. We also adopted a new approach with regard to materiality. For example, we were the first car manufacturer to use carbon fibre reinforced plastic as new material for industrial series production. We thank Lapo Elkann for the creative and inspiring cooperation and are particularly pleased that, with Michele De Lucchi, we have been able to gain one of the founding members of the Memphis Group for this collaboration with Garage Italia Customs.” 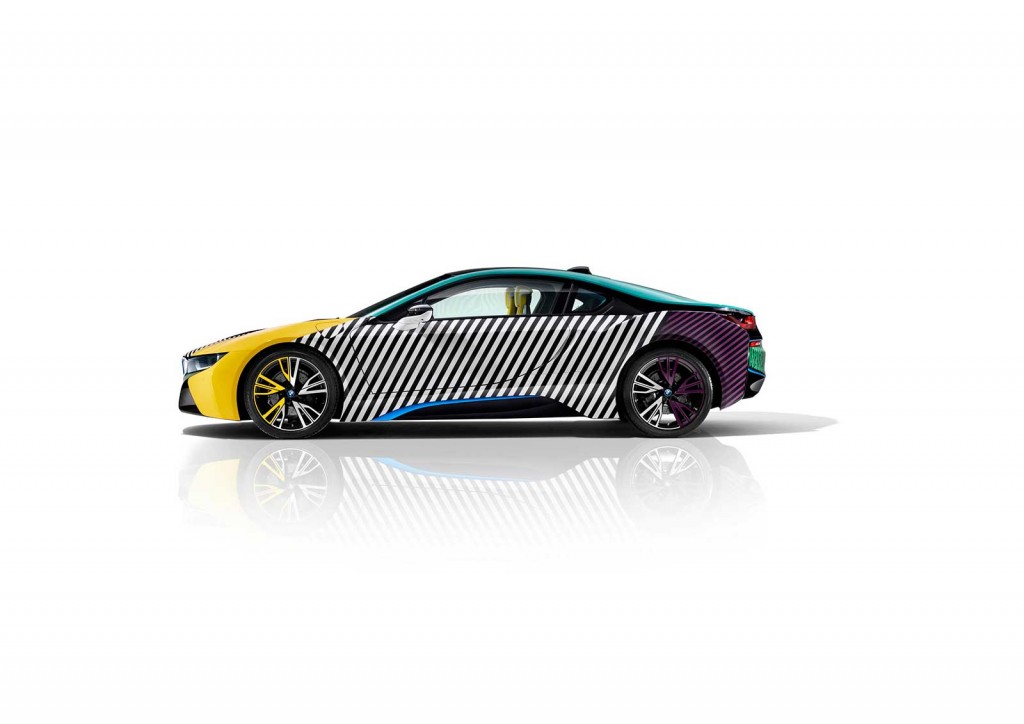 Michele de Lucchi remembers the early days and his reasons for co-founding the Memphis Group:

“Memphis takes me back in time to my youth”, says Michele De Lucchi, “the early years in Milan and especially me and many of my colleagues’ friendship with Ettore Sottsass. I was 28 years old and life was different then. We wanted to break with the grand style traditions, to be revolutionaries and prove that revolution is also possible through the creation of objects and their presence. We wanted a new way to define the meaning of our existence. At that time, today’s topics – unsustainable lifestyle, post-post-modern readings, unwanted political assimilations etc. were largely not yet there. However, we already had the desire to stop the logic of rampant consumerism, and we wanted to go deeper. Not with negativity, but with optimism; celebrating decoration, and with a colourful sense of real involvement. In this way, the core of Memphis, of what we did and what we desired, is timeless.” 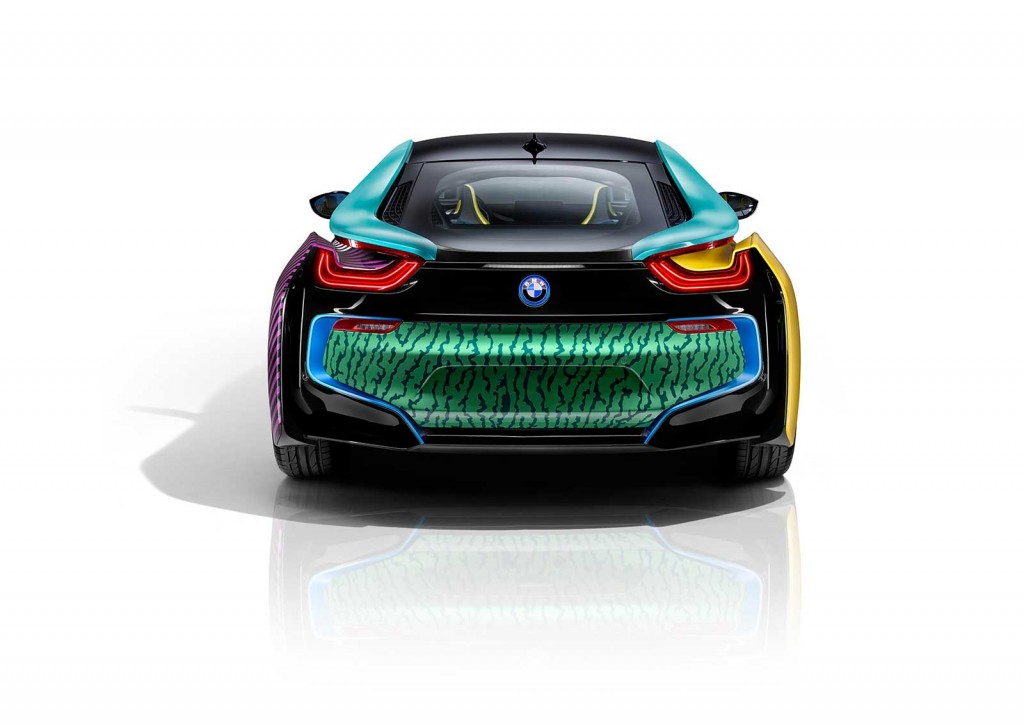 Oblique, horizontal and vertical lines along with hypnotic patterns and vibrant colours are the main characteristics of the new liveries created by Garage Italia Customs. A succession of sharp surface contrasts that become pure expression of rebellion and liberation from the rigid standards of traditional design. What catches the eye is that every single element is perfectly aligned and the geometrical shapes flawlessly follow the curves of the bodywork of the two cars. The realisation was extremely meticulous and it required over five weeks of work. Before the various painting phases, different masking was applied to each car in order to create the patterns. There are as many as eight layers of colour on the body which proves the complexity of the entire process. 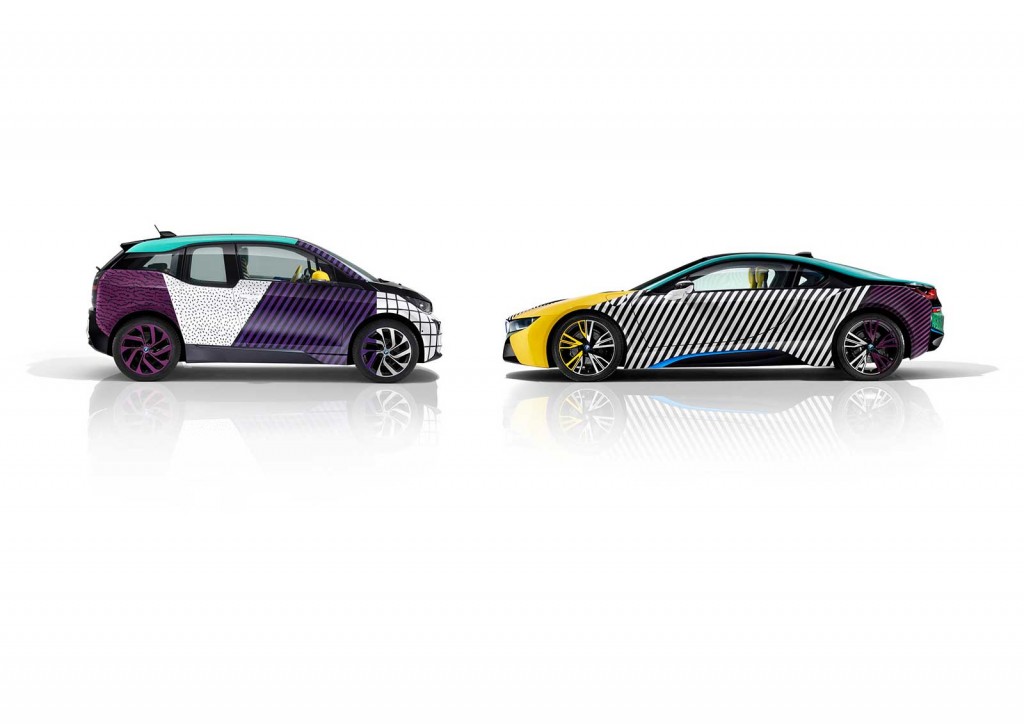 Both interiors clearly confirm and express the same break-through and experimenting philosophy typical of the Memphis Design. The different materials chosen for the upholstery (technical fabric, Alcantara® and Foglizzo leather) are in strong contrasting chromatic matches. Bright colours, from orange to purple, green and yellow are the main features along with the tailored graphic patterns. Every single element of the cabin thus becomes an integral part of the artistic language that stirred the 80s and influenced design and decor over the following years.

The MemphisStyle Edition BMW i3 and BMW i8 are unique pieces. Garage Italia Customs offers the Design to BMW i customers upon request. After the Premiere of the special edition at Salone del Mobile in Milan, the BMW i8 MemphisStyle will be exhibited at Frieze New York 2017.

Just as a tailor-made outfit follows the lines of the body harmoniously, Garage Italia Customs aims at making any vehicle unique, be it a car, a motorbike, a plane, a helicopter or a yacht. It re-elaborates the clients’ very wishes with a service that involves the study of detail, balance of the components and research of materials. The équipe is made up of the best technicians specialised in the field of wrapping, painting and upholstery of interiors. The Style Centre, which is the pulsating heart of all the design activities, it is a meeting place where the ideas of clients intersect with the aesthetic taste of the experts of the Garage. While waiting to move to Piazzale Accursio, the Garage Italia Customs operative headquarters are located at 1 Alfredo Pizzoni street, Milan.

The Market Launch for the BMW X5 xDrive45e is Here

40 Years of Electric Mobility at the BMW Group (w/Gallery)