A clean sheet of paper. That’s not how BMW started with the all-new 2017 530i. These days it’s much more complicated than that. The clean sheet of paper approach is left for engine and vehicle families. For components that are meant o size up and down depending on product. This new 5 Series started with components and technology honed on it’s bigger more expensive brother the 7 Series. And under the hood things started somewhere decidedly difference. Motivating our $72,735 5 Series was a 2.0L turbo four cylinder that originally debuted in the MINI range. Can BMW bring these type of disparate parts together to create a great driver’s car? Let’s find out. 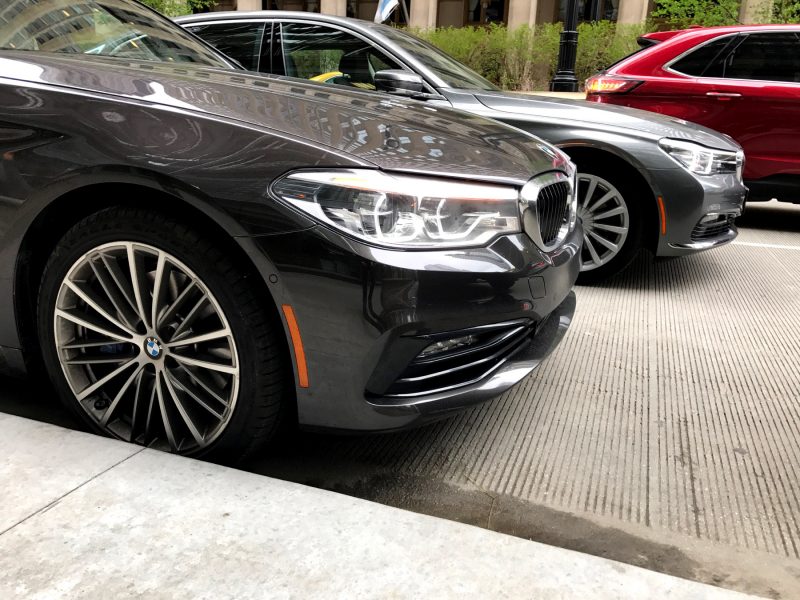 While this isn’t a clean-sheet car, this is an entirely new 5 Series. And for those who are familiar with the new 7 Series, it all might feel familiar. In a sense this is as close to the 7 that the 5 has ever been. Riding on the same chassis and using much of the same technology, the new 5 Series exudes executive transport. 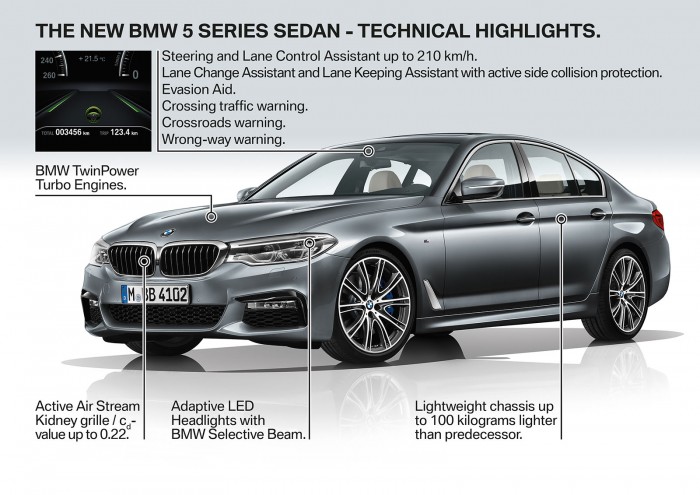 There’s also the design which, to our eyes, is less bland than the previous generation. It’s not the classic that the E39 was nor as avant garde as the E60. But it’s about what you’d expect a 5 Series to like in 2017 – handsome if not athletic.

As with other new BMWs, the designers have focused on details in the form of trim, creases and other design intricacies to create an interesting car out of a fairly abiguous shape. The net is a handsome car that can be dress up ( 20″ wheels and trimmed in M Sport black accents) or down (chrome trim, 18″ wheels) pretty successfully.

The B48 four cylinder powering the new 530i generates 248 hp and 258 ft lbs of torque. It’s enough to make the 3,746 lbs sedan (the lightest 5er in awhile) sprint to 60 in 6 seconds flat. Coupled with the always great 8 speed ZF automatic the 530i felt respectable from a dead start but managed to feel outright quick in mid-range sprints under the right circumstances.

But there are downsides to putting a MINI engine in a $70,000 car. As with all B48 engines, this one has a tendency to sound a bit harsh at the top-end – something that all the sound deadening in the world can’t seem to hide. That coupled with the overall engine note is one of the only things that lets down the 530i. And for over $70K that’s a pretty damning critique.

For our money a smartly equipped sDrive 540i makes a ton more sense. More standard equipment and an engine that feel every once a BMW.

Our test car came with BMW’s new Active Steering which introduced rear steering to the mix with the new 7 Series. With the purity of mechanically boosted steering dead and gone, BMW has seemingly completed the transformation of the steering wheel into a ship rudder. Or so we thought. The reality is that this new generation of Active Steering doesn’t eliminate steering feel like the previous system (it’s been gone since the E60 left us). What it does do is virtually reduce the wheelbase in tight corners making the new 5 Series feel more like a E90 3er.

This is a key ingredient in making the new 5 Series feel much more agile than both its competition and what preceded it. It doesn’t bring the purity of mechanically boosted steering back, but it does give the car a surprising agility that I immediately noticed and appreciated throughout the week.

Perhaps more surprisingly was the ride which was well damped, comfortable yet completely buttoned-down when pushed over uneven pavement. Seemingly the days of a brittle and harsh ride (helped by the first few generations of run flats) is over. This may be the best combination of steering immediacy and ride quality since the E39. 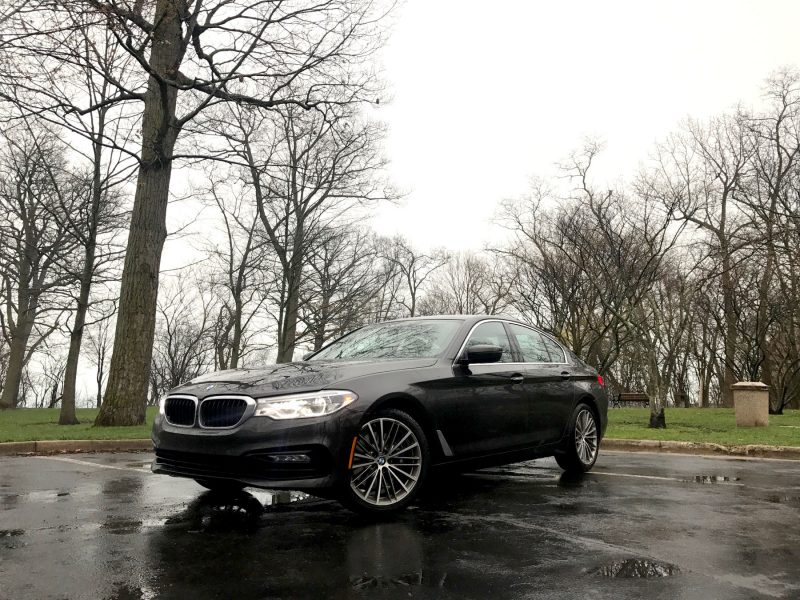 The 2017 530i is a car that sits in an interesting spot within the BMW line-up. Taking technology from the MINI range as well as the recently introduced 7 Series, BMW has crafted an excellent executive sedan that lives up to the 5 Series tradition. The only thing that feels out of step is its pricing. At $72,735 every once of this car should feel like the perfect blend of luxury and sport. Yet that 2.0L MINI engine, as great as it is in a $25,000 car, belies BMW’s best efforts elsewhere in the 5 Series. Put another way, it’s just not up to par with the rest of the car.

Luckily there’s an easy way to solve it. As we mentioned earlier, the 540 sDrive is sweet-spot for the new 5 Series range. For only $5,000 more you get a BMW engined rocket ship that feels both more refined and dramatically faster in every way.

A New 5 Series Diesel is Coming to the US