BMW US sales in October dropped 3.4% compared to October 2016. While this is larger than the 1.1% drop for all light vehicles, sedan sales dropped even more. Sedan sales in the US dropped 8.8%. The was countered by growth in light trucks.

As the industry accepts the fact that sales have plateaued this year, some trends are clear: Discounts are up. Fleet sales are up. This is driven in part by an excess of 2017 model year vehicles still on dealer lots. Truck and SUV sales are up. And lastly, flood replacement sales have given a late-season boost to sales in what are typically down months.

Luxury sedans are getting hammered. The Mercedes-Benz S class is down 24.8% year to date, and the 7-Series is down slightly more, dropping 28.8%. The Cadillac CTS is off over 30%! For some more context on how big the swing to SUVs has been over time, luxury sedans were 7.6% of new vehicle sales in 2007. Through September of this year, that had dropped to about 4.9% That’s one in three former buyers have given up on luxury sedans. Ouch! 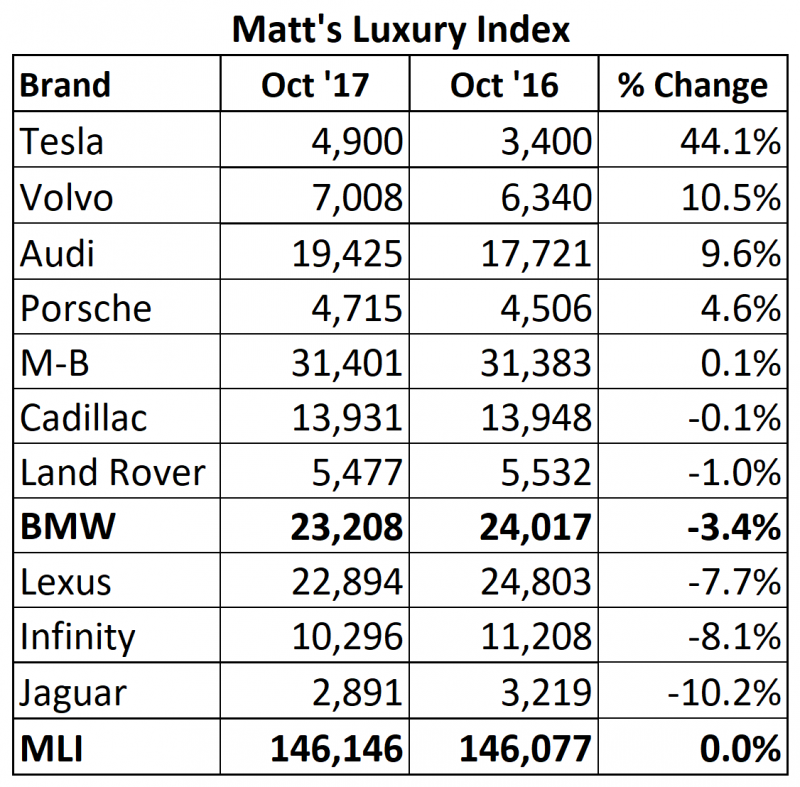 The other good news for BMW is that while Mercedes-Benz is increasing it’s annual sales lead, Lexus has dropped back another 314 units into third, now 830 units behind BMW. 2nd place is BMW’s to lose, it’s going to be close. 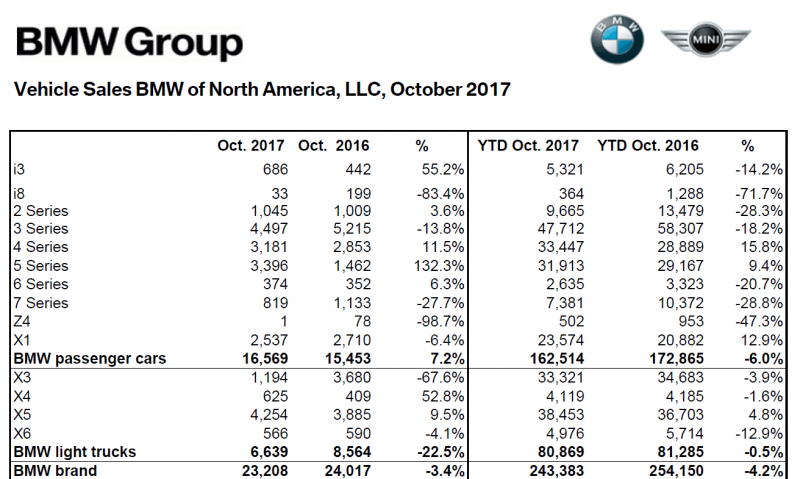 “Both the new 5 Series and 4 Series continued to perform well in October, while X5 numbers were bolstered by increased availability in the market,” said Bernhard Kuhnt, President and CEO, BMW of North America. “Electrified vehicles also showed strong momentum last month, with nearly 20% of all 5 Series sold as plug-in hybrids. With the launch of the all-new BMW X3 just days away, we have high anticipation for November.”

What To Wear In Winter