Chris Bangle – the man that revolutionized design at BMW in the 00s is finally ready to talk. As he prepares his first automotive product launch since his time at BMW, Bangle sat down with Autocar to talk about his time at BMW and what his design consultancy has been creating. He compares the relaunch of MINI to his recent project for Hennessy VSOP and dives into details of his latest project for a Chinese automaker. 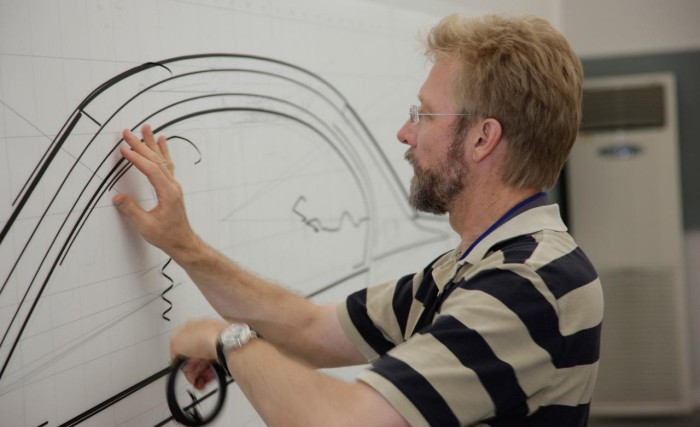 But first… why exactly did Bangle leave BMW?

“I decided I had to leave BMW after 15 years – in the end it was 17. Not because I didn’t like BMW but because if I stayed, I knew I was going to change and it was not going to be pretty. Many car design chiefs I’ve known, they all end their careers badly. People get bitter, they hang on tooth and nail to keep control of their creativity.”

And so Bangle hatched a plan to set up his own design consultancy in Italy. BMW did ask that he didn’t design cars for a couple of years, and Bangle was happy to oblige. “For me, car design has very little to do with four wheels,” he says.

Bangle on his latest automotive project .

And what of his latest project, the Redspace? “I am super-proud of this car,” he says. “This is a big deal to me that we were able to do something which is new to car design.”

The project will remain key to Bangle until it goes into production, but what else does he want to achieve? There are plenty of potential projects Bangle won’t divulge but, speaking more broadly, he reveals more of his altruistic side. “I want to help car design move forward,” he says. “I want it to get out of its preconceived ideas of what it is and what it can be.

“Right now, we are at a crossroads [with design] which is going the wrong way. Designers have helped convince the world you will prefer things made by machines rather than people; you will prefer perfection over character. That unfortunately is disenfranchising a huge amount of this planet’s population.”