Official Release: Last year, the two IMSA WeatherTech SportsCar Championship races at Watkins Glen International and at Canadian Tire Motorsport Park resulted in two wins for BMW Team RLL – the first two of four victories for the BMW M6 GLTM racing program. This year, the team is looking to repeat those results with the all-new BMW M8 GTE at the Sahlen’s Six Hours of The Glen and at the Mobil 1 Sportscar Grand Prix. 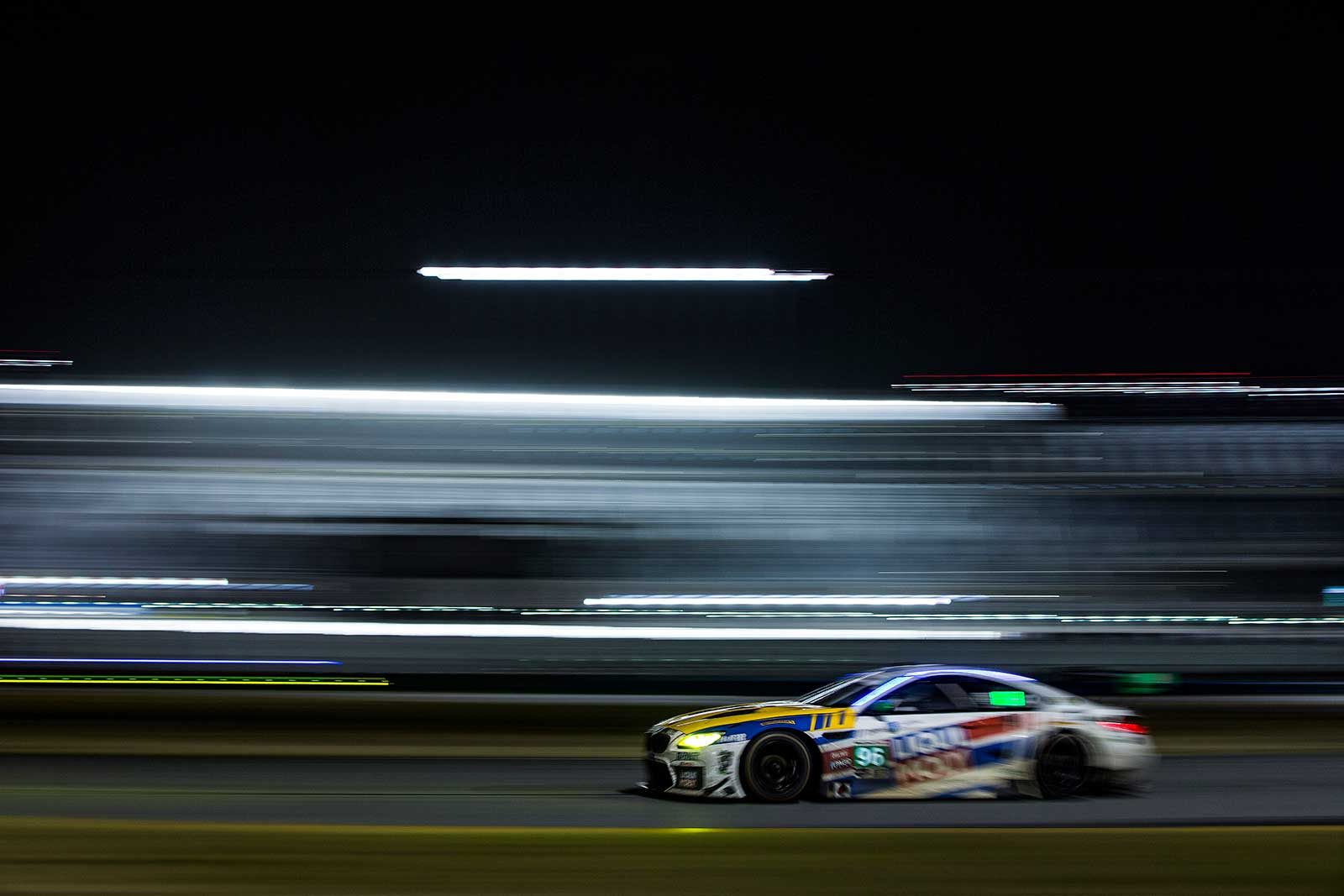 During the first four races of the 2018 season, the BMW M8 GTE scored a second place finish at the 12 Hours of Sebring by the No. 25 car of Bill Auberlen, Connor De Phillippi and Alexander Sims after starting from De Phillippi’s first GTLM class pole. A second pole at the most recent race at the Mid-Ohio Sports Car Course in early May by John Edwards in the No. 24 M8 GTE showed the program’s continuing competitiveness as De Phillippi and Sims raced to another second place finish in the No. 25 M8 GTE. 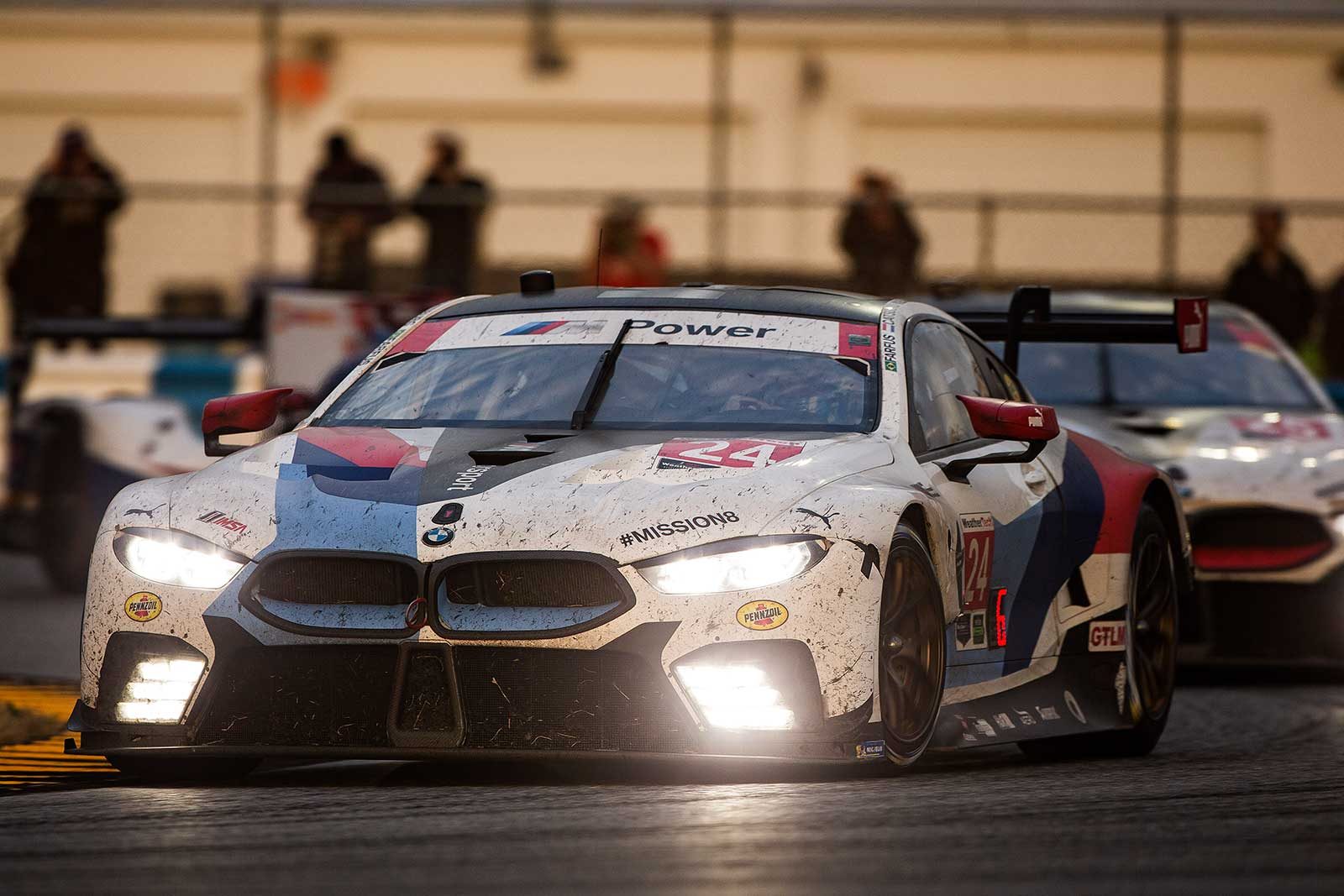 BMW NA Ambassador Bill Auberlen rejoins the No. 25 team at Watkins Glen, bringing with him his vast knowledge and success at The Glen back to assist the M8 GTE program. The veteran has three career pole positions and three victories in the Six Hours of The Glen and is in the hunt for his 59th career IMSA win. Currently, he stands second in all-time IMSA victories, two behind leader Scott Pruett.

BMW Motorsport driver Tom Blomqvist will co-drive the No. 24 M8 GTE at Watkins Glen; the 24-year old is making his first start in the United States. The well-rounded British-New Zealand driver has experience in DTM and Formula E in addition to his GT driving. He drove the No. 82 BMW Team MTEK M8 GTE at Spa-Francorchamps in the opening round of the 2018 FIA World Endurance Championship.

During the break in IMSA action since Mid-Ohio the BMW Team RLL drivers have been very busy behind the wheel of other BMW racing cars. Bill Auberlen co-drove a Turner Motorsport BMW M6 GT3 at the Detroit Grand Prix. Connor De Phillippi, John Edwards and Jesse Krohn drove for ROWE Racing in a BMW M6 GT3 at both the Nurburgring 24 and Silverstone in Round Four of the Blancpain GT Endurance Series. Krohn drove for ROWE again at Paul Ricard in Round 5 along with Tom Blomqvist. Alexander Sims co-drove a BMW Motorsport M8 GTE at the 24 Hours of Le Mans.

“In general we have had good qualifying performances over the years at Watkins Glen whether it was the BMW M3, Z4 or M6,” said Bobby Rahal, Team Principal. “Our finishing positions are kind of inconsistent although we won last year for the first time after a good qualifying performance. It’s an extremely fast circuit and it really comes down to handling on fast corners and I think the M8 GTE is quite good at that so that could certainly help. The BoP will obviously play into how we perform so I’m not quite sure how we will be at Watkins Glen. We did win last year so we go in hoping we can do it again. Mosport is another one where we have had reasonably good qualifying year in and year out but have had difficulty in finishing. Early in our relationship with BMW, we were on a different tire manufacturer, which certainly had an effect on the consistency. But since the switch has been made to Michelin we have had good qualifying performance but inconsistent finishes. And if you think Watkins Glen has fast corners, then Mosport really has a lot of fast corners! I think the new car’s long wheel base is made for that kind of a corner. We will just hope we have as good of a performance as we did last year at both tracks.”

Bill Auberlen, driver No. 25 BMW M8 GTE: “I can’t wait to get started with the Watkins Glen six hour race. We are coming off a victory last year and knowing how amazing the all new M8 GTE is I hope we can hit the ground running and start the drive to Victory Lane!”

Connor De Phillippi, driver No. 25 BMW M8 GTE: “Watkins Glen is one of those great American tracks that every driver loves. It will be my first taste of ‘The Glen’ and the last new track for me to learn on this year’s calendar. In recent years it has been a strong track for our BMW race cars, which means a win is most definitely possible with our new M8 GTE. Mosport is one of the events I’ve been most excited for on our calendar. It will be my first experience driving a GT car around this high commitment circuit which requires strong aerodynamics and engine power. With the M8 GTE delivering both of those things, I believe we are in a strong position to battle at the front!”

Alexander Sims, driver No. 25 BMW M8 GTE: “I’m extremely motivated for our return to both the Watkins Glen and CTMP races. It was a real highlight for us last year and I sincerely hope we can recreate some of those performances. Both circuits are unbelievably good to drive and I’m just eager to get the BMW M8 GTE out on track and get our teeth into the weekend.”

Tom Blomqvist, driver No. 24 BMW M8 GTE: “I have never raced in the States before and I am very excited that Watkins Glen will be my first track. My teammates have told me about this old-school class circuit and I look forward to seeing it myself.”

John Edwards, driver No. 24 BMW M8 GTE: “Watkins Glen and CTMP are two of my favorite tracks in North America, and IMSA schedules them back to back! So I guess you could say these are two of my favorite weekends in the year. Watkins Glen always suited the M6 so I expect the new M8 GTE will adapt quickly. After being quick at Mid-Ohio, we weren’t able to capitalize on a result so Jesse and I are hungry for redemption over the next couple of weeks.”

Jesse Krohn, driver No. 24 BMW M8 GTE: “I am looking forward to getting back in the car after a long summer break. Both tracks will be new for me but I have already done a few laps in the simulator to be as well prepared as possible. In the past Watkins and Mosport seemed to have suited BMW well so I am hoping the same will continue this year with the new and improved BMW M8 GTE.”