There is nothing on earth like the Monterey Car Week. From the Quail (our personal favorite) to the Monterey Motorsports Reunion there is action and legendary cars everywhere. And of course there’s the Pebble Beach Concours d’Elegance itself which will simply numb you with historic exotics, race cars and futuristic concepts. This year BMW is bringing an impressive array of metal, including the all new BMW Z4 making it’s world debut. It’s shaping up to be an incredible, bucket-list worth weekend.

Read on for the full list of BMW related activities and what will be where.

Official Release: In the lead up to the 2018 Monterey Car Week celebration, BMW announces its planned highlights. After premiering the BMW Concept 8 Series Coupe and the BMW Concept Z4 Roadster on the Reviewing Stand at the Pebble Beach Concours d’Elegance last August, BMW will take the wraps off of the production versions of those two models this August with the World premiere of the all-new BMW Z4 Roadster and the North American premiere of the all-new BMW M850i Coupe – the first of a new line of BMW 8 Series models. In addition, BMW will present the stunning BMW Concept M8 Gran Coupe for the first time in North America.

Following the official media unveilings on the Pebble Beach Concours d’Elegance Reviewing Stand on Thursday August 23rd, the three premiere models will be displayed at several events throughout the week.

The Quail, A Motorsports Gathering

Since its inception, The Quail, A Motorsports Gathering has combined a lush setting on a golf course nestled against the Santa Lucia mountain range with exceptional cuisine and the finest examples of vintage sporting automobiles. BMW will once again have its signature display in the center of the show field for this exclusive event on Friday August 24. This year, the BMW display will feature the all-new BMW Z4 Roadster. BMW Design Chief Jozef Kaban will be on hand to speak with guests and BMW fans about the design of the new Z4 at noon. 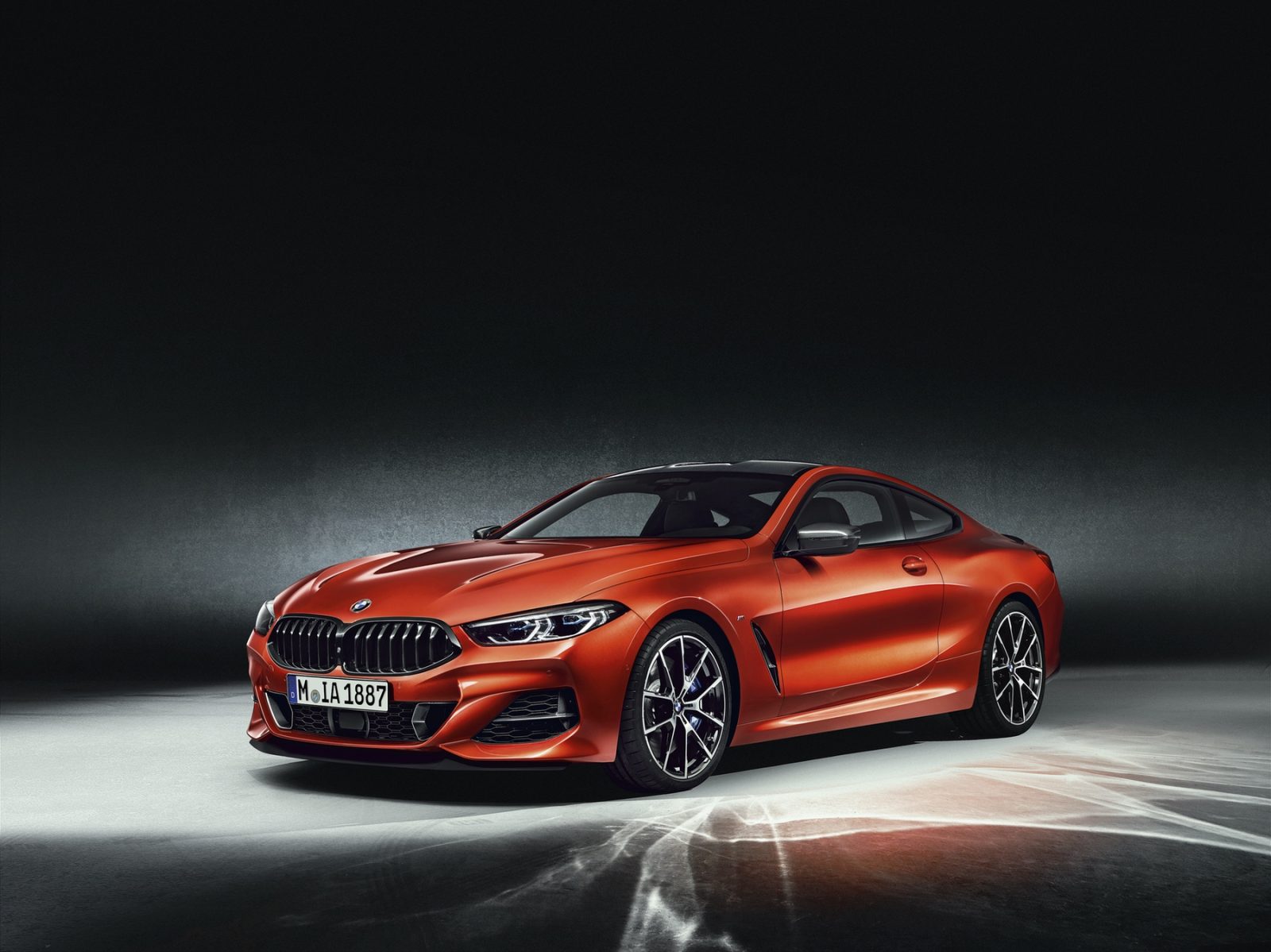 < h2 >Legends of the Autobahn

Legends of the Autobahn Concours returns to the prestigious Nicklaus Club-Monterey on Friday August 24. This rich venue provides the perfect backdrop for an event organized jointly by the BMW Car Club of America, the Mercedes Club of America, and the Audi Club of North America to celebrate the best of German automotive history. This year, BMW will showcase the all-new BMW M850i Coupe amongst a grouping of vintage BMW 8 Series models.

After a nineteen-year hiatus, the ‘8 Series’ name returns to the BMW portfolio with the BMW M850i. “The number 8 and cars like the Z8 Roadster and i8 have represented the pinnacle of sports performance and exclusivity at BMW,” explains Chairman of the Board of Management of BMW AG Harald Krüger. “The forthcoming BMW 8 Series Coupe will demonstrate that razor-sharp dynamics and modern luxury can go hand-in-hand. This will be the next model in the expansion of our luxury-car offering and will raise the benchmark for coupes in the segment. In the process, we will strengthen our claim to leadership in the luxury class.” 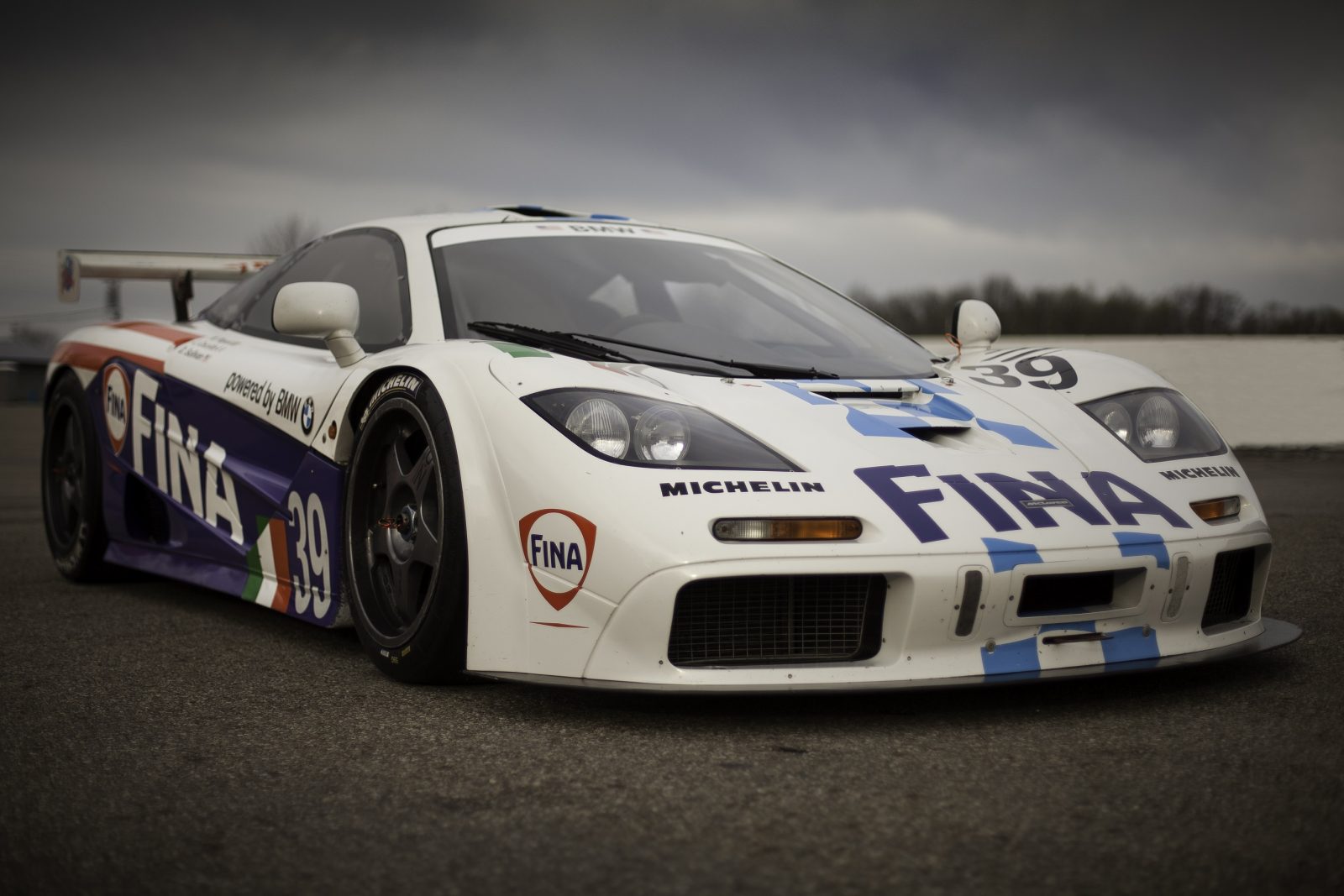 The annual Rolex Monterey Motorsports Reunion is a celebration of motorsport history that brings approximately 550 race cars together in one open paddock for everyone to enjoy. Each accepted car, from more than 1,000 entry applications received, is scrutinized and accepted based on the car’s authenticity, race provenance and period correctness. 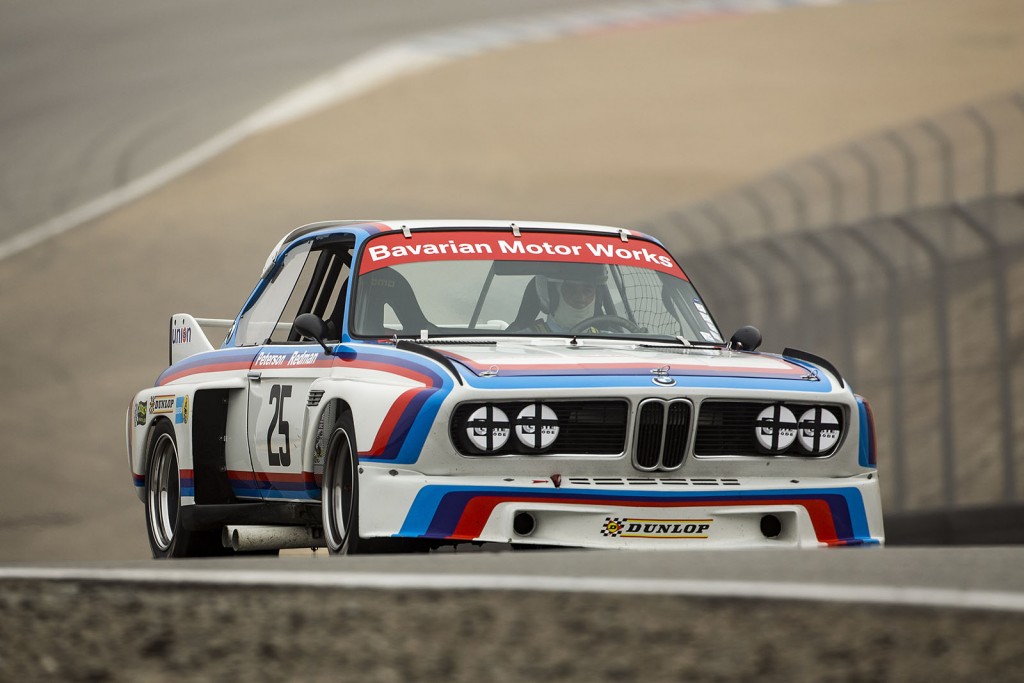 The event relives motorsport history at the iconic circuit, which has been the scene of America’s golden years of sports car racing since its inception in 1957. The Rolex Monterey Motorsports Reunion runs from Thursday August 23 until Sunday August 26.

This year BMW will run its famous No. 25 1975 BMW 3.0 CSL IMSA Group 4. This CSL is the last of five BMW Motorsport chassis built and campaigned in North America in the 1975 and 1976 IMSA Camel GT Series. Campaigned under the racing numbers 24 and 25, the CSL enjoyed considerable success, winning at Sebring, Riverside, Daytona, Talladega and at Laguna Seca in 1975. At the Rolex Reunion, the BMW 3.0 CSL No. 25 will be driven by Road & Track Editor-at-Large and vintage racer, Sam Smith. Smith will run in Group 5A:1973-1981 FIA, IMSA with races on Saturday, August 23rd. 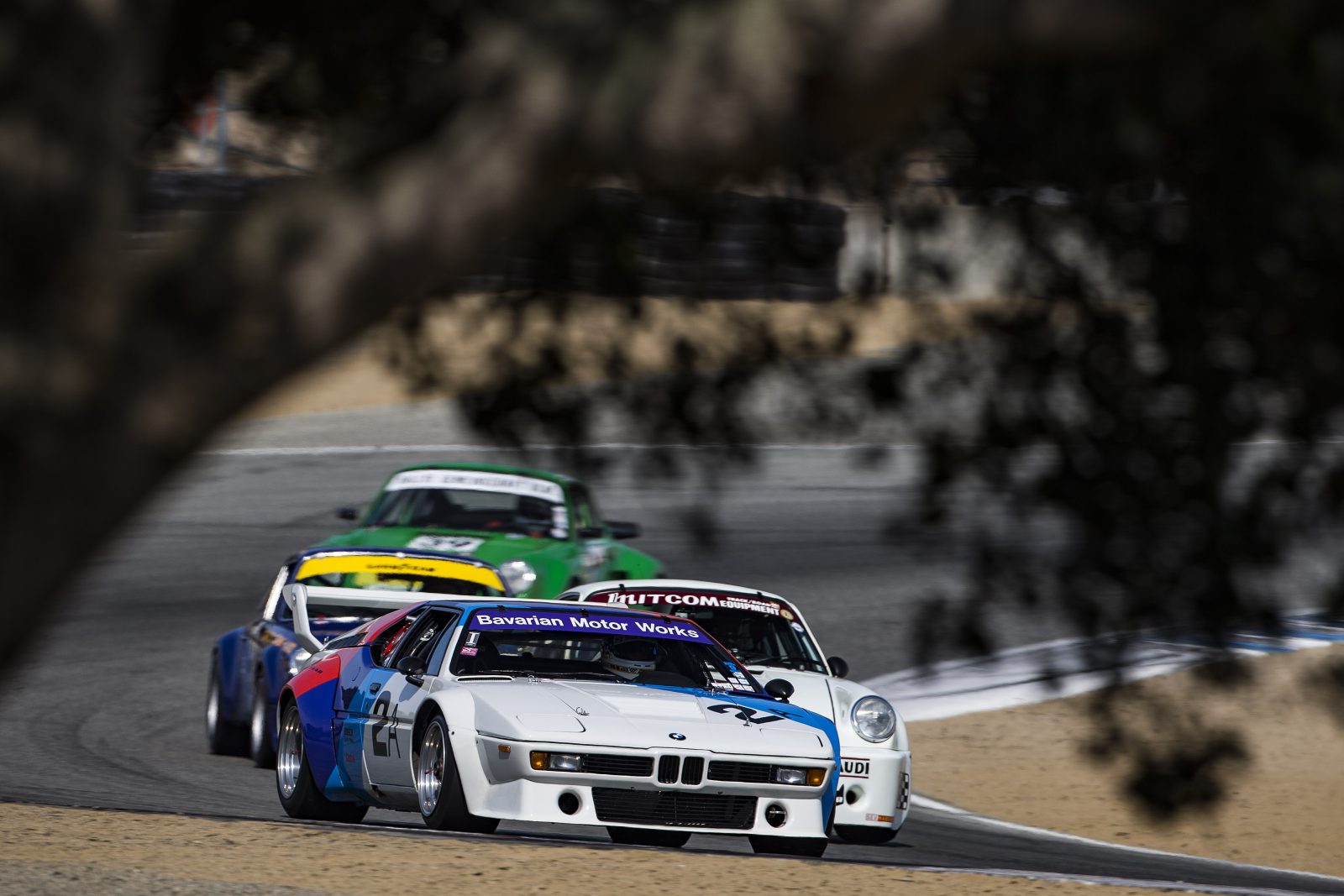 BMW will supplement its paddock display with three iconic BMW race cars. The first is the No. 2 1981 BMW M1 IMSA Group 4 that was campaigned by BMW of North America at the 24 Hours of Daytona and Mosport during the 1981 season and driven by the likes of David Hobbs, Mark Surer, and Dieter Quester. The BMW M1, the first ‘M’ car, designed by Giorgetto Giugiaro and powered by a Paul Rosche-designed 3.5-liter, twin-cam 6-cylinder “M88” engine, mounted amid-ship, debuted at the 1978 Paris Auto Show to the admiration of the world’s motoring press. Now, 40 years later, the M1 is one of the most collectable of BMW’s historic models.

The second display car is none other than the BMW of North America Stars and Stripes liveried, BMW Power, 1996 McLaren F1. McLaren F1 GTR Chassis #017R had a three race career in 1996. The first was the Pre-Le Mans race in May ‘96 where it finished in 13th place driven by Steve Soper and Jacques Laffite. The car then ran in the Silverstone 4 Hours and finished 4th in the hands of Steve Soper and Nelson Piquet. The third and final competition the car saw was the 1996 edition of the 24 hours of Le Mans. After running as high as 3rd overall, #017R driven by Nelson Piquet, Danny Sullivan, and Johnny Cecotto finished in 8th place overall.

The third race car on display is the No. 25 2015 BMW Z4 GTLM that propelled BMW Team RLL drivers Bill Auberlen and Dirk Werner to second place in the Driver, Team and Manufacturer standings in the 2015 TUDOR United Sports Car Championship. For the 2015 season, two new chassis were constructed and raced with a new livery inspired by the famous BMW 3.0 CSL that gave BMW its first race victory in the USA at the 12 hours of Sebring 40 years ago. To further cement the bond with the CSL’s, The Z4’s raced with BMW’s historic number 24 and 25. The car is presented here in its post-race condition as it completed the final race of the season at the very wet, 10 Hour long, Petit LeMans race in October. That season finale at Road Atlanta also marked the final race appearance of the BMW Z4 GTLM in America.

On Saturday only, the all-new BMW Z4 Roadster and BMW M850i will join the BMW paddock display.

The BMW M8 Gran Coupe Concept illustrates the meaning behind the letter “M” at BMW in impressive style: it stands for more of everything. As well as dynamic excellence, the BMW Concept M8 Gran Coupe embodies a new facet of luxury for the BMW brand – ultra-sporty, extroverted and polarizing. “The BMW 8 Series will take over as the new flagship model of the BMW line-up and, as such, combines unsurpassed sportiness and elegance,” says Adrian van Hooydonk, Senior Vice President BMW Group Design. “The BMW Concept M8 Gran Coupe offers a look ahead to the most exotic and alluring variant of the new BMW 8 Series.”

The BMW Concept M8 Gran Coupe is more than simply a luxury sports car with four doors. It symbolizes a new and unique understanding of luxury. “The BMW Concept M8 Gran Coupe is designed to stir things up, to polarize – it should move you emotionally,” explains Domagoj Dukec, Vice President Design BMW M and BMW i. “With this car we want to reach people who are looking for something special and who want to stand out from the crowd. Here, BMW M is unmistakably taking luxury out of its comfort zone.” Like the BMW Concept 8 Series before it, the BMW Concept M8 Gran Coupe shows off BMW’s new design language, headlined by expressive surfacing that accentuates the car’s dynamism more vividly than before through its bodywork. A small number of precise character lines underline the graphic arrangement of the surfaces.