A major milestone has been reached. The BMW iNEXT has reached test mule status as it begins winter testing in the Arctic Circle. The iNEXT is BMW’s all-new ground-up full electric platform meant to redefine what a BMW can be in the age of electricification and automoation.

We recently spent some hands-on time with the iNEXT concept in LA and came away genuinely surprised at the overall design and concept of the vehicle. In short the BMW Vision (concept in BMW speak) iNEXT is a blueprint for the brand’s future. And if you listen to BMW executives explain the car, it’s the brand’s “iPhone moment” – a product that defines a new era for the brand. But this is a product that is more than a vehicle alone. The BMW Vision iNEXT (yes the name is a struggle) represents future BMW strategies encompassing technology, design and new ways of thinking. As we speak the thinking we see in this concept are filtering across the company and its brands. In other words, no concept in recent memory will liklely have more input into BMWs and MINIs future products. 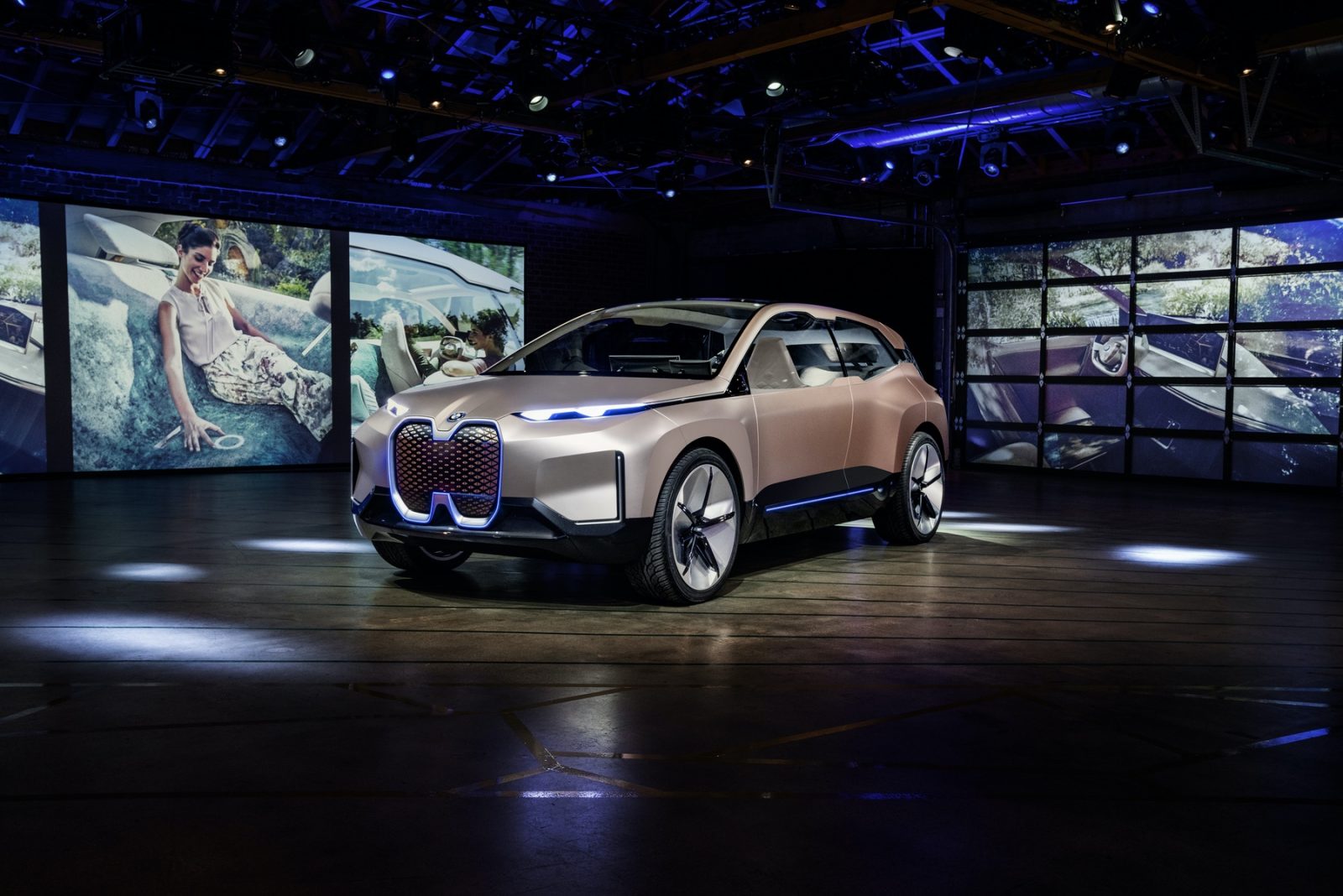 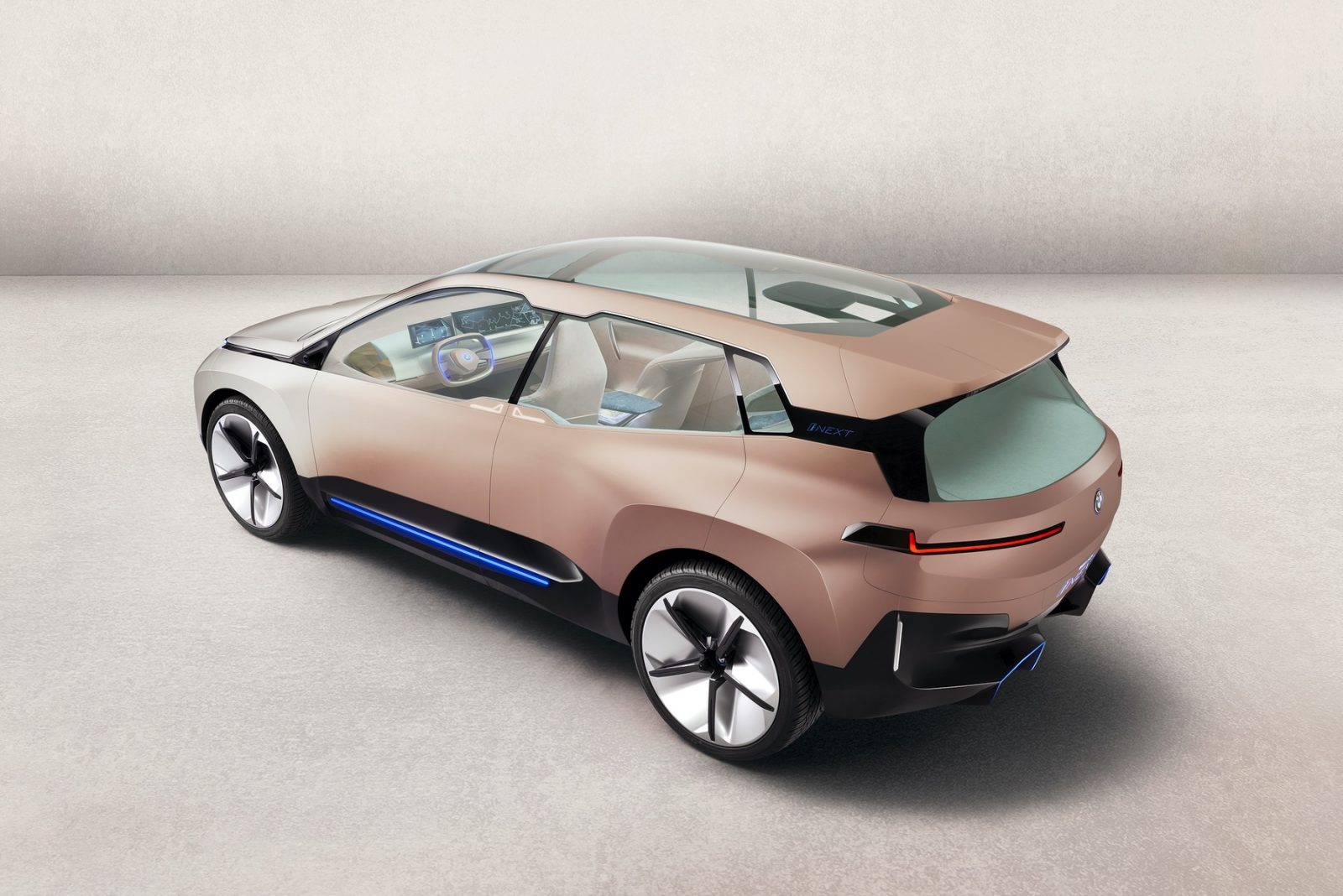 The future of driving pleasure is approaching fast and the BMW iNEXT takes the next hurdle of its path to serial production maturity. The winter test centre of the BMW Group in Arjeplog, Sweden is the setting for the current complete vehicle tests, which serve to optimise, examine and harmonise all drive, chassis and suspension components under extreme climate and road conditions. With its purely electric drive, the BMW iNEXT meets individual mobility needs in an especially sustainable manner. It also combines the latest developments from the areas of automated driving and intelligent connectivity offering passengers completely new ways of enjoying their ride. 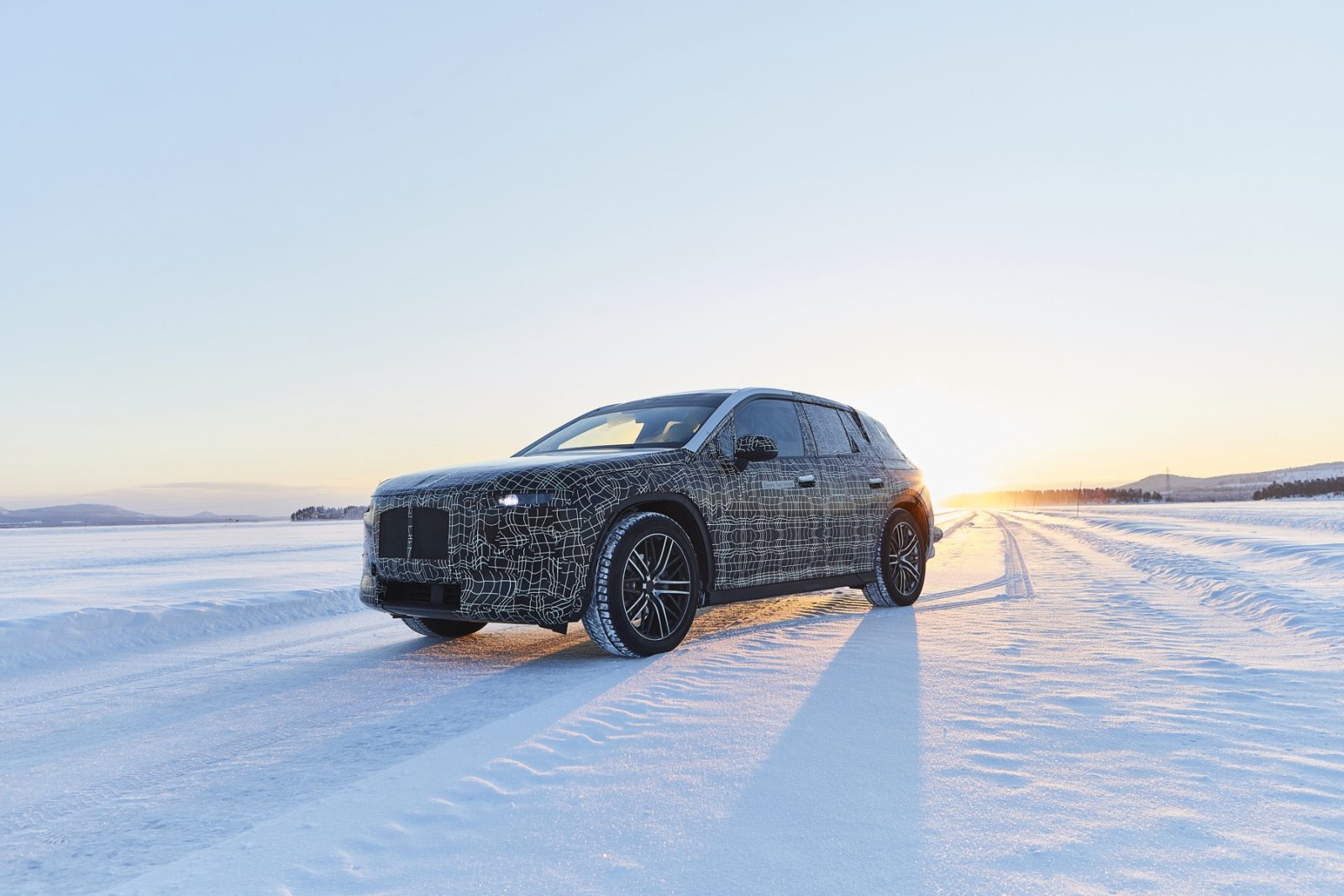 The series production version of the BMW iNEXT will be manufactured in the BMW Plant in Dingolfing from 2021. The new technology flagship of the BMW Group integrates the key future topics of automated driving, connectivity, electrification and services (ACES) in the automobile as defined in the NUMBER ONE > NEXT company strategy. Its innovative technology focusses on people’s needs and requirements. The BMW iNEXT, in the shape of a modern Sports Activity Vehicle (SAV) embodies the pioneering interpretation of brand typical driving pleasure – with purely electric drive, intelligent all-wheel-drive system and model-specific suspension technology. These components are currently being winter-tested together under real-world conditions at the polar circle for the first time. This intensive series of tests, which is equivalent to those used for conventionally powered models, illustrates the high degree of maturity of the purely electric drive technology developed by the BMW Group, which makes the BMW iNEXT the symbol for the move into a new era of driving pleasure. 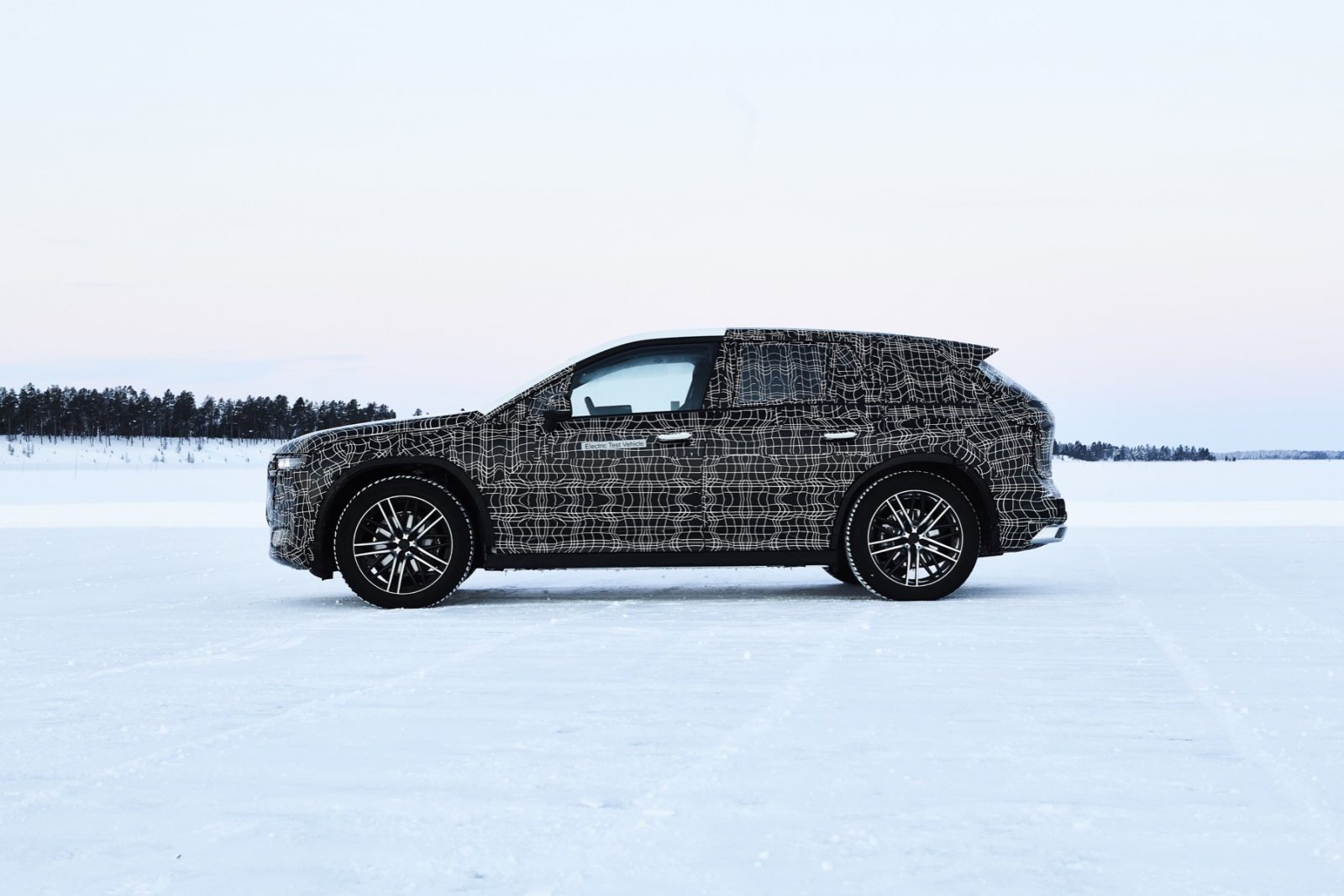 The test drives with the camouflaged BMW iNEXT are being conducted on snow-covered roads and ice-covered lakes, where low temperatures and minimal road friction dominate everyday testing. The cold poses a challenge, above all, for the electric motor, the high-voltage battery and the cooling system of the BMW iNEXT. The testing engineers also attach particular importance to the eDrive energy management system. They analyse the way in which the extreme sub-zero temperatures affect how the energy storage system recharges, how electricity is transferred to the electric motor, how the electrical system is supplied with energy and how the heating and air condition systems respond. The power transmission and suspension regulation systems are also tested far beyond what is standard in day-to-day traffic conditions. On closed-off, ice-covered surfaces electronic regulation can already be provoked at low driving speeds. For the engineers this means that they can, for example, analyse the interaction of the all-wheel-drive system, which was especially developed for the electric drive, and DSC (Dynamic Stability Control). They can then continuously optimise the processes under exactly reproducible conditions. 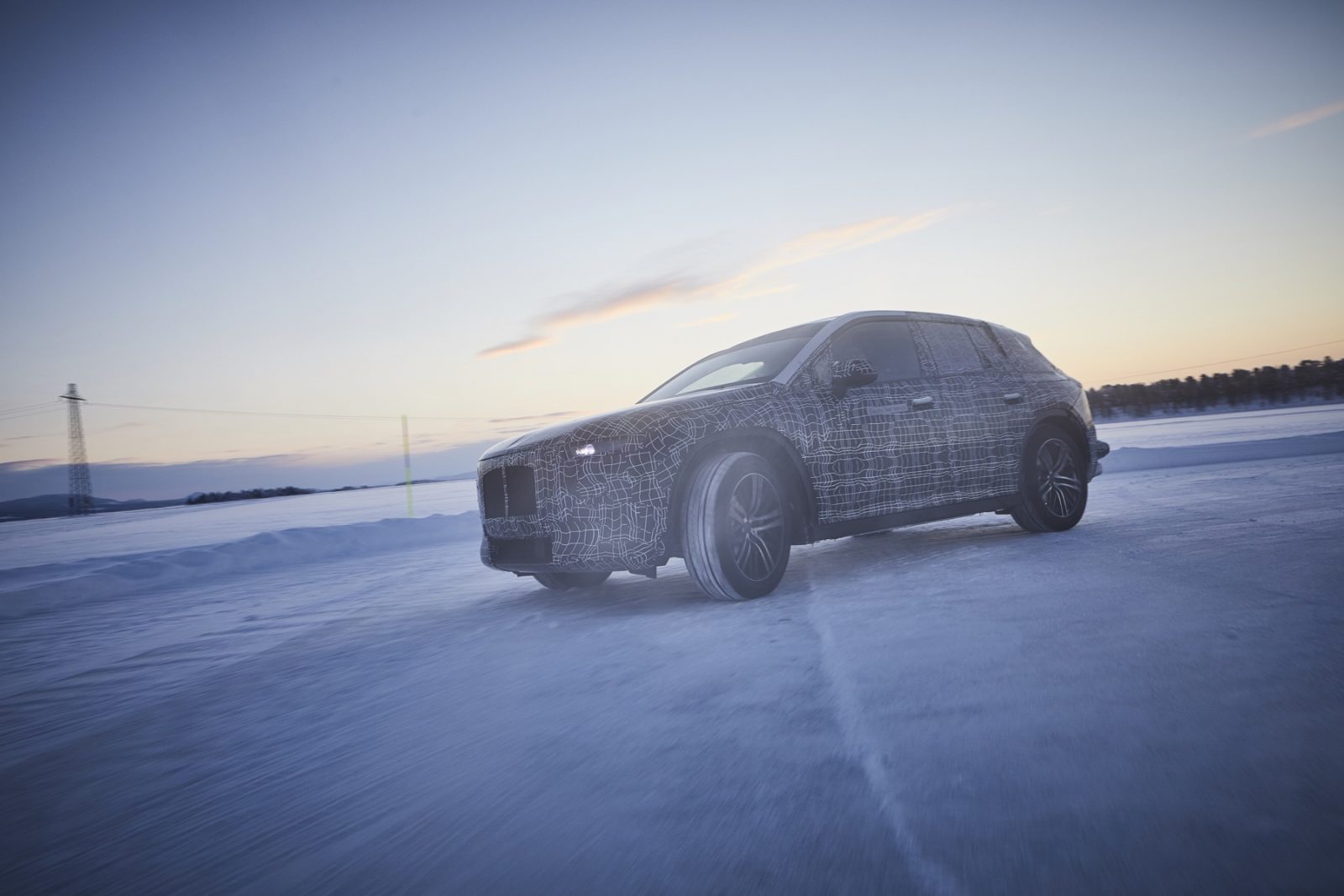 The steering and braking system are also fine-tuned under these conditions. Just like the deceleration performance of the brakes, the energy recuperation when coasting must be precisely adapted to each driving situation. The tracks around Arjeplog also provide the ideal testing ground for these trials. The BMW iNEXT is confronted with the entire range of dynamic driving challenges when winter-testing on gravel tracks, dry asphalt and extremely slippery polished ice surfaces.

BMW is upping the ante a bit with some pretty interesting after sales accessories in time for the holidays. A couple of the more…