The 2019 Geneva Motor Show this year will showcase BMW’s new focus on luxury and technology. Case in point, just a few weeks after being unveiled to the world, the new BMW 7 Series luxury sedan is making its show debut. In addition, BMW will present its 4th generation of Plug-In-Hybrid powertrains in the form of three vehicles:

Read on for full details of the show and what to expect. 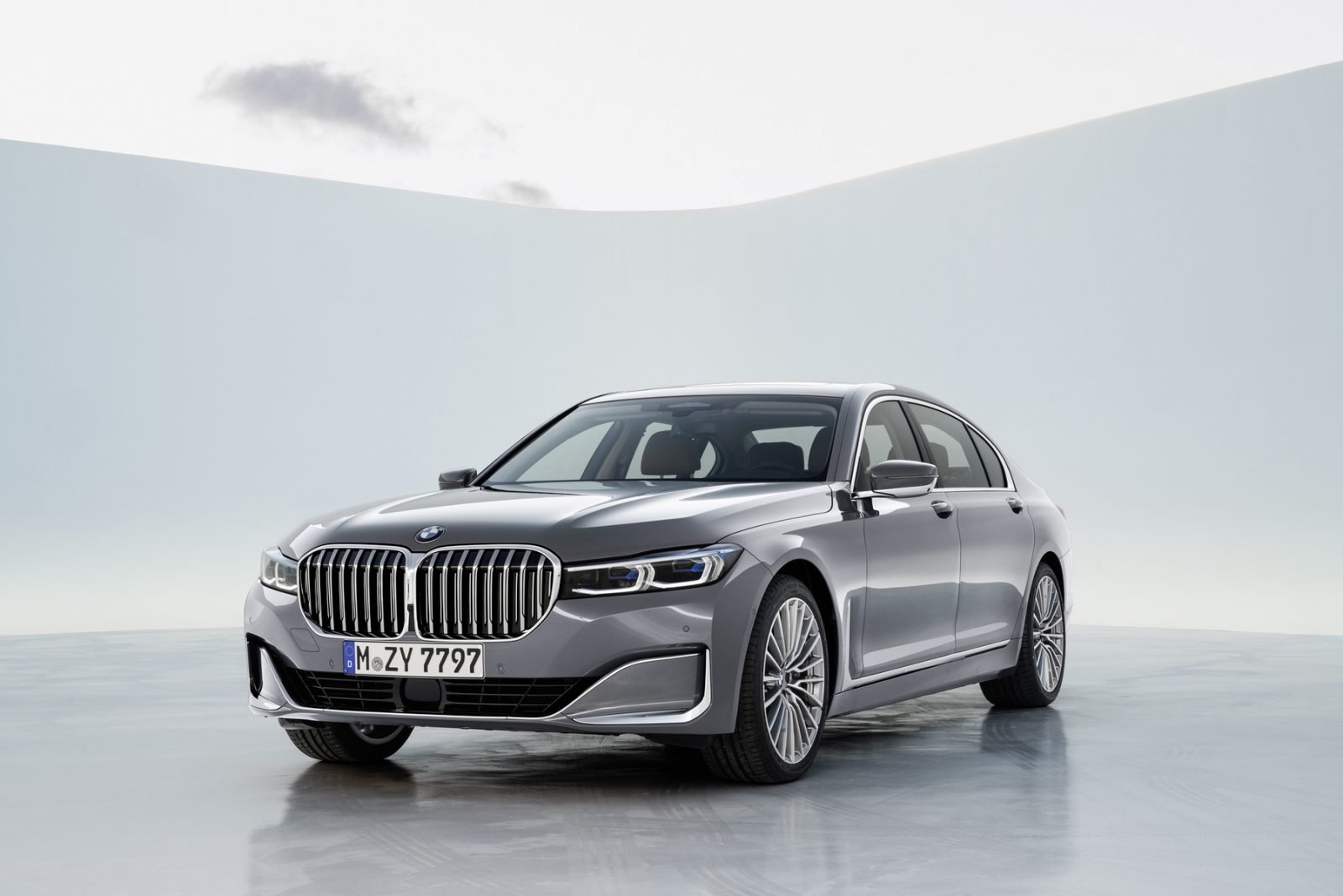 Official Release: The BMW brand’s renewed focus on the luxury segment is encapsulated by the new incarnation of the BMW 7 Series presented in Geneva. A specially designed logo and “Bayerische Motoren Werke” written out in full express a tradition of quality, innovative power and ultimate exclusivity. The luxury sedan’s design, driving qualities and equipment features give it everything it needs to offer highly discerning customers an intense and emotionally engaging mobility experience. Stepping up the brand’s presence in the luxury segment is one of the fields of action pursued by the BMW Group in order to secure sustained growth in car markets worldwide.

As part of its NUMBER ONE > NEXT strategy, the company has also defined electric mobility as one of the four future-focused areas known as ACES (Autonomous, Connected, Electrified and Services/Shared). 2018 was a record-breaking year for sales of the BMW Group’s electric and plug-in hybrid vehicles, with over 140,000 sold worldwide – which means the company remains Europe’s most successful manufacturer of electrified cars. Through its commitment to expanding its model range, the BMW Group is aiming to have over half a million vehicles with an electrified drive system available worldwide by the end of 2019. 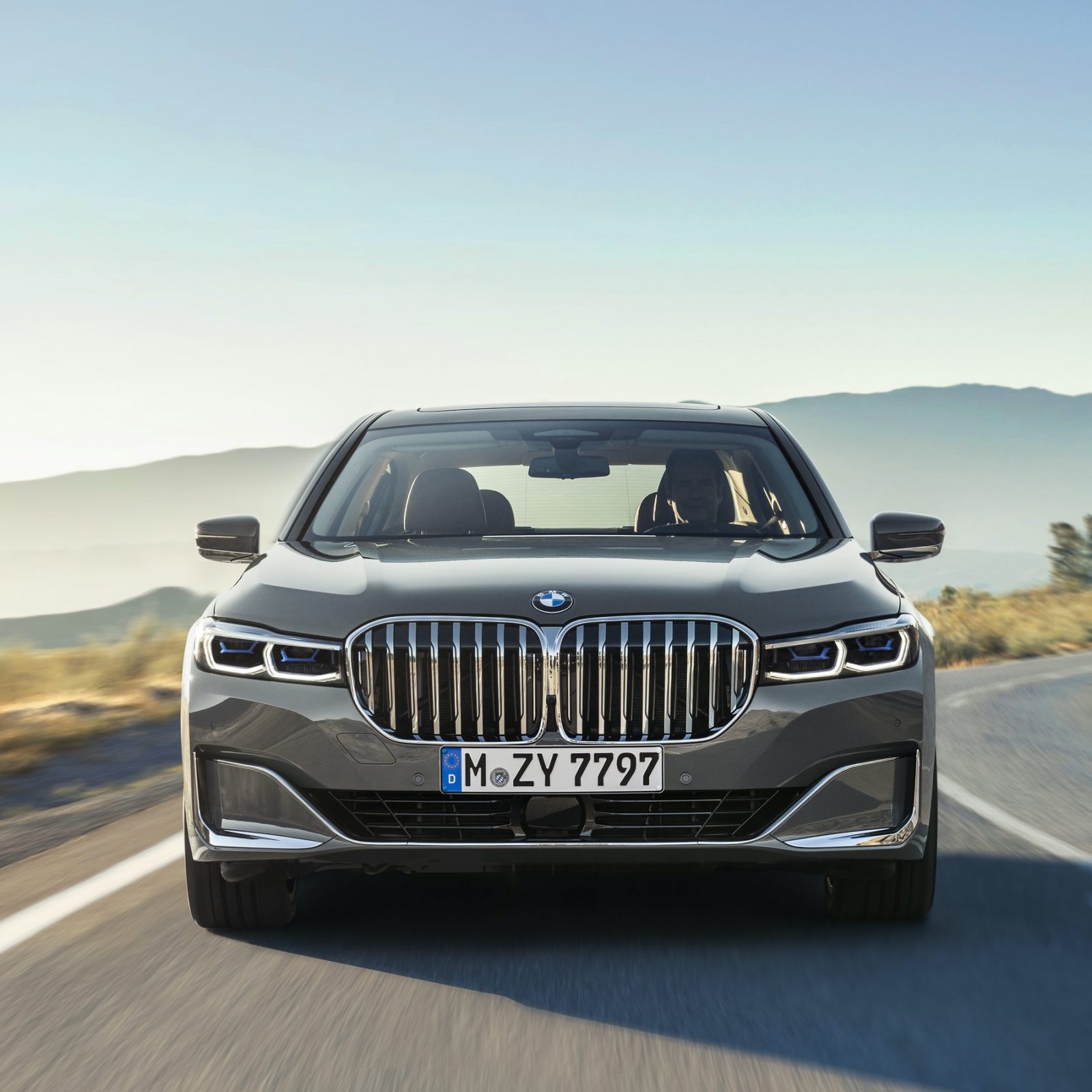 Premium carmaker BMW is again upping the profile of its flagship models in the luxury segment with extensive design updates, a more advanced line-up of engines and cutting-edge operating, driver assistance and connectivity technology. The restyling of the new BMW 7 Series exterior clearly accentuates the car’s assured presence and cultured elegance. Inside the cabin, new equipment features, improved acoustic comfort and the latest-generation display and operating system all help to raise the feel-good factor another notch.

The luxury sedan’s prestigious status shines through particularly prominently at its front end, which now rises 50 millimetres taller and features a 40-per-cent-larger BMW kidney grille and slimmer headlights. The bonnet and front apron also sport a new look. The car’s flanks are a picture of precision, thanks to the new upright positioning of the Air Breathers and trim strips extended all the way to the rear. The design update is rounded off by a restyled rear apron and a slender light strip below the chrome bar linking the rear lights, which are likewise slimmer than before. The Exclusive Nappa leather trim with extended quilting (new on the options list) and new interior trim strips help imbue the cabin with a highly exclusive air. In addition, the buttons on the multifunction steering wheel have been rearranged and the wireless charging tray for smartphones repositioned, while the optional Ambient highlight also has a new finish. The screen grouping formed by the instrument cluster and Control Display comes with the software features of BMW Operating System 7.0, as does the BMW Touch Command control unit for the rear. The wealth of functions provided by the standard and optional driver assistance systems for the new BMW 7 Series now extends to include the Reversing Assistant. 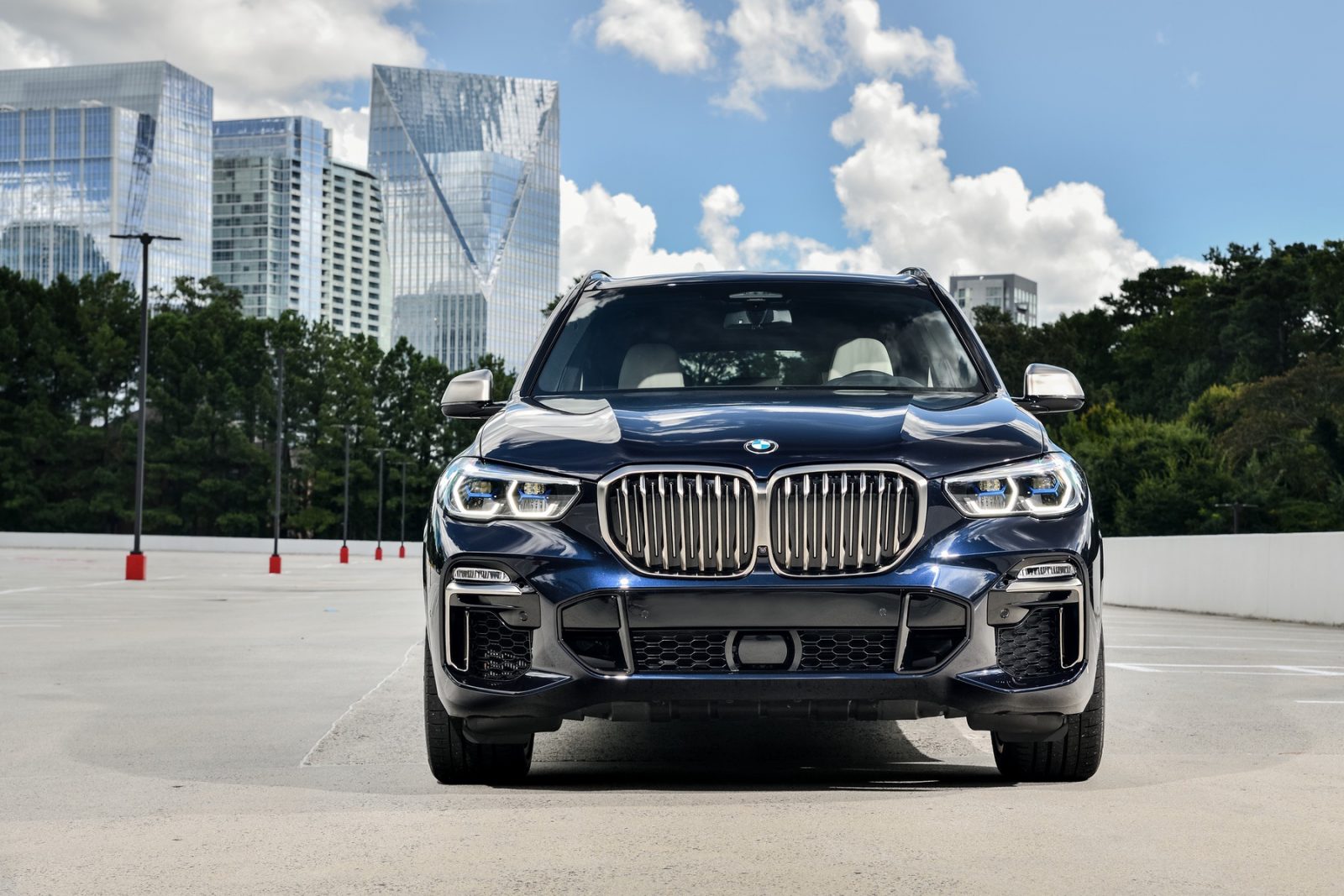 The new BMW 7 Series Plug-in-Hybrids take all of the luxury sedan’s sporting prowess, passenger comfort and feel-good ambience and combine them with the option of virtually silent motoring with zero local emissions. A six-cylinder in-line petrol engine and an electric motor team up to power all three models. Together they can unleash a combined output of 290 kW/394 hp with the Driving Experience Control switch set to SPORT mode. The high-voltage battery’s energy capacity has been increased too, extending all-electric range from 54 to 58 kilometres for the BMW 745e, from 52 to 55 kilometres for the BMW 745Le and from 50 to 54 kilometres for the BMW 745Le xDrive.

The second-generation BMW X5 with electrified powertrain also comes with a straight-six petrol engine specially modified for the job at hand. It teams up with an electric motor to generate system output of 290 kW/394 hp. Available from August 2019, the BMW X5 xDrive45e completes the 0 to 100 km/h sprint in 5.6 seconds (provisional figure). The BMW xDrive intelligent all-wheel-drive system is on hand to deliver a sporty brand of driving pleasure on the road and supremely assured performance off it by distributing the drive power from the engine and motor to all four wheels. The new BMW X5 xDrive45e wouldn’t be complete without the latest battery cell technology to call on. The resulting electric range of up to 80 kilometres allows most daily commutes to be completed with zero local emissions. The new BMW X5 xDrive45e also has all the right credentials for much longer journeys and trips away, thanks to its 69-litre fuel tank and a versatile boot offering between 500 and 1,716 litres of luggage space.

A four-cylinder petrol engine, an electric motor and a latest-generation lithium-ion battery form the basis for the plug-in hybrid system in the new BMW 330e Sedan. It generates a combined output of 185 kW/252 hp, which can be briefly increased by up to 30 kW/41 hp courtesy of the standard XtraBoost function. This is sufficient to propel the car to 100 km/h from rest in 6.0 seconds (provisional figure). The BMW 330e Sedan due to come out in July 2019 doesn’t just deliver sporty driving pleasure in abundance, it also excels in terms of its fuel consumption figures. The car’s maximum electric range is 60 kilometres – around 50 per cent further than its predecessor.

BMW Energy Services pilots packages of free green electricity.
At the same time as expanding its model range, the BMW Group – in its capacity as a systems supplier for electric mobility – is also seeking to provide BMW and MINI customers with free green electricity for their cars. After first pilot offers in Switzerland and France, from April 2019 on Germany will follow with extended cost-free green-energy-packages for use at home and while out and about. Perspectively, all electric cars will be able of feeding energy back into the power grid. With BMW Energy Services not only car users will benefit from the new opportunities arising as the energy revolution merges with electric mobility, but also fleet operators, energy suppliers and property owners.

One of a kind: the BMW Individual M850i Night Sky.

The specialists from BMW Individual Manufaktur have therefore harnessed their creative flair, technological expertise and innovative skills to bring the night sky into the car. The BMW Individual M850i Night Sky boasts yet another highlight in the form of aluminium brake callipers with a bionic design. Developed by BMW Motorsport, they are likewise manufactured as unique specimens using 3D printing techniques. BMW Individual has taken exclusiveness and luxury for cars into a whole new dimension with this one-off car’s stellar design and the materials and production processes involved in making it.

Technical Specifications on Every M3

BMW Team RLL Have a Dissapointing Weekend at Lime Rock