Official Release: The first part of the “BMW M Motorsport Super Weekend” – featuring FIA World Endurance Championship (WEC) and IMSA WeatherTech SportsCar Championship races – is completed. In the sixth round of the WEC Super Season, BMW Team MTEK finished second and seventh in the LM GTE Pro class respectively with its two BMW M8 GTEs. It was the first podium finish for the team since WEC’s Fuji (JPN) round.

After 226 laps and a dramatic finish with heavy rain, the #81 car crossed the line in second place. Martin Tomczyk (GER), Nick Catsburg (NED) and Alexander Sims (GBR), who celebrated his 31st birthday on Friday, had shared driving duties over the course of the race. Their team-mates Augusto Farfus (BRA), António Félix da Costa (POR) and Bruno Spengler (CAN) came seventh in the #82 sister car. Victory at Sebring was secured by the #91 Porsche. 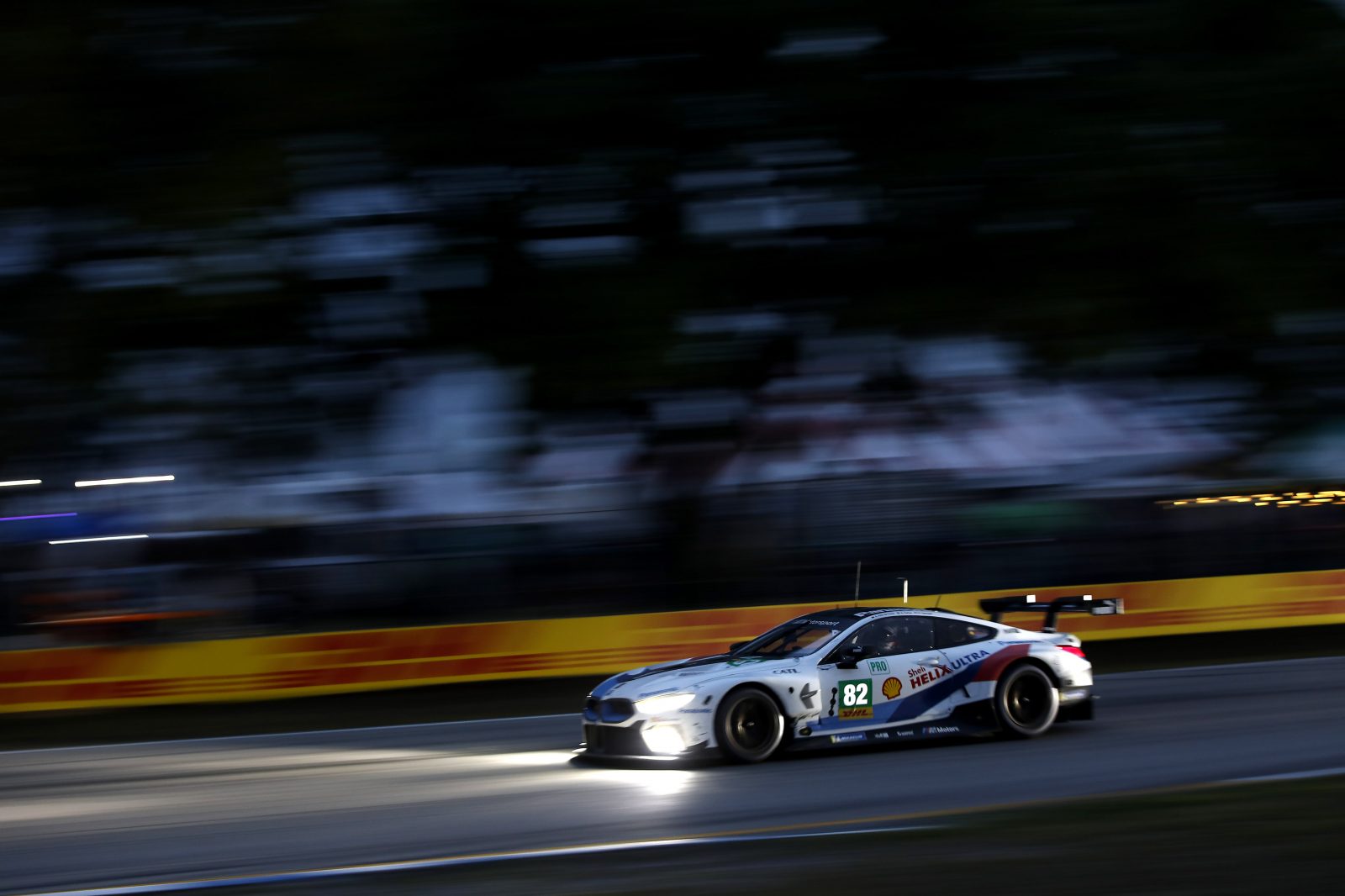 In an eventful first phase of the race, both BMW M8 GTE cars were able to improve their positions quickly. Farfus was leading the field at the end of his stint, after starting fourth on the grid. Car #81 took the lead for the first time with a good two hours to go. Only during a late pit stop in the rain did final-stint driver Catsburg drop to second place. Over the course of the race, the GTE class cars had been running closely together, with frequent position changes due to spectacular moves or differing pit stop strategies.

On Saturday, the “BMW M Motorsport Super Weekend” will continue when round two of the IMSA series will be on the agenda for BMW Team RLL. Following the team’s win at Daytona (USA), the two BMW M8 GTE cars will start from sixth and seventh on the grid at Sebring.

Take a BMW M5 to the Salt flats and launch it like a bullet at targets… great idea for a video. Some may recall…