Official Release: On the occasion of the BMW iNEXT prototype production, the BMW Group is offering an exclusive glimpse behind the scenes of its Pilot Plant in the heart of the Research & Innovation Centre (FIZ). Prototypes of all vehicles are manufactured long before actual market launch, under the strictest secrecy in specially restricted areas of the facility. They are used for testing and to prepare for series assembly later. Experts from development and production work in close collaboration. When series manufacturing of the fully electric BMW iNEXT is launched in 2021, it will run on the same assembly line as combustion-powered vehicles and plug-in hybrids.

Udo Hänle, head of Production Integration and Pilot Plant: “Preparing a fully electric vehicle for series production is an exciting but challenging task. By the time of the official start of production, we will have built as many as 100 prototypes of the BMW iNEXT. Until then, the Pilot Plant will use a range of new innovations to streamline and speed up our processes even further. We are also already preparing our first production associates from Plant Dingolfing to work on the new product.” 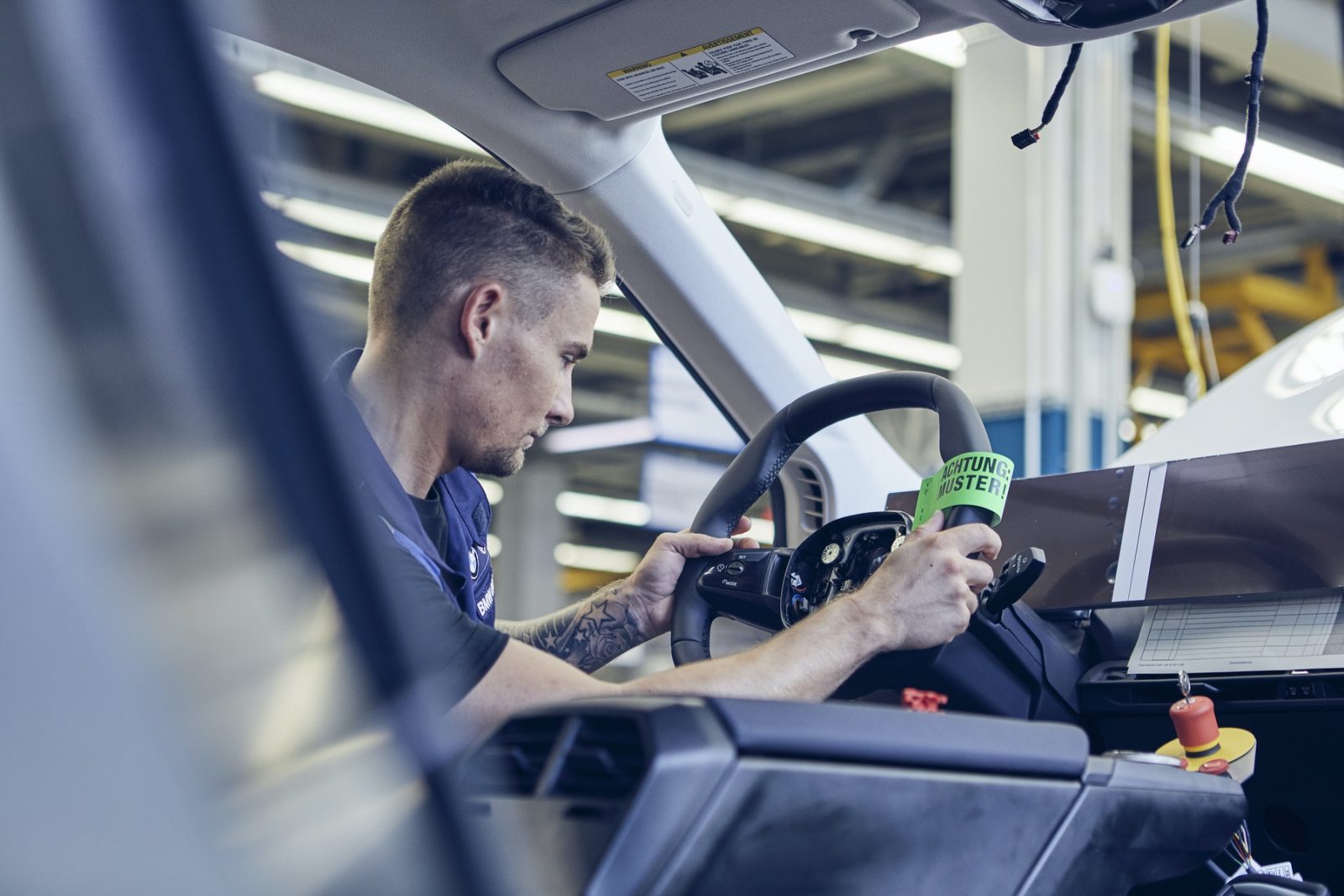 The process steps for series production are defined and matured at the Pilot Plant, where experts also validate all of the vehicle functions, including electric and automated driving functions, and sensors for driver assistance systems. In addition, associates working on the BMW iNEXT are making use of brand-new digital tools for the very first time to support more intelligent, efficient operations.

The first few bodies-in-white of the BMW iNEXT are being assembled in the Pilot Plant bodyshop. The various sections are bonded with the help of a new technology: rotary bonding. This joins aluminium and high-strength steel by using the friction heat generated as a steel element pierces an aluminium part. The heat of the steel part fuses the two components.

Once assembled, the bodies undergo detailed checks by laser radar, an automated measurement technology that quickly identifies individual surface characteristics. This solution eliminates the need to place measurement points manually, as has been done until now. The new optical process also dramatically shortens the time required for measurements to be made.

Complete surfaces of body parts are further examined using a high-resolution scanner located in a virtual measuring room. Data obtained here is compared fully automatically with the CAD model of the part, delivering the required information much faster than conventional methodologies.

An augmented reality app is radically speeding up the way bolts in the floor assembly are identified and compared with the CAD model. The app is an important innovation that verifies their precise position and completeness. As well as reducing complexity, it makes cooperation between the various specialist departments even more efficient.

The BMW Group also uses computer tomography to test prototypes in the early stages of development. In a dedicated testing system in the Pilot Plant, four closely coordinated robots create X-rays of the vehicle by a scanning process. Moving around the outside, they face each other in two pairs and send the X-rays to their opposites. The data they gather is used to calculate a multilayered 3D image. This can be used to analyse the internals of the entire vehicle. Computer tomography allows new materials and bonding techniques to be examined in minute detail without vehicles having to be dismantled. Previously components had to be removed and taken apart for analysis. The system picks up objects as small as 100 micro-metres – approximately the width of a human hair.

Digitalisation opens up new opportunities for design and efficiency in production

Digitalisation is opening up new perspectives for enhancing production systems. Virtual models of workers are helping vehicle experts to define assembly processes early on. Before the first prototypes are even made, they can ensure workplaces are ergonomic and offer easy access not only to the inside of the vehicle to bolt in rear axles or integrate charging sockets, for example, but also to the various parts that need fitting.

When it comes to flexible components such as brake hoses, the specialists at the Pilot Plant use software to simulate their behaviour inside the vehicle. Digital tools offer insights into the dimensions and subsequent behaviour of fitted parts considerably earlier and more quickly. The software solution replaces the complex, costly construction of test setups used until now.

Radar sensors supporting the driver assistance systems and automated driving are tested and calibrated on a new innovation test rig. This ensures they can be fitted to vehicles without difficulty later on, in series production.

BMW iNEXT is the technology flagship

With the proportions and dimensions of a luxury Sports Activity Vehicle, a fifth-generation electric drive unit and systems for highly automated driving, the BMW iNEXT embodies the future of driving pleasure in a particularly comprehensive way. As the BMW Group’s future modular construction system, it combines the latest innovations in the areas of design, automated driving, connectivity, electrification and services (D+ACES) defined by the NUMBER ONE > NEXT corporate strategy. The BMW eDrive ensures a range in excess of 600 kilometres*. Furthermore, the car is equipped with the latest connectivity features and designed for Level 3 automated driving.

All figures relating to driving performance, consumption, emissions and range are provisional.

Pilot Plant as a Competence Centre of the BMW Group

The BMW Group’s Pilot Plant is located in the Research & Innovation Centre in Munich, with three further associated facilities to the north of the city, in Hallbergmoos, Oberschleissheim and Garching. With a total area of 100,000 m2, it is home to 850 associates, who work on up to six vehicle projects simultaneously. Like the series plants, the Pilot Plant can assemble both electrically and combustion-powered prototypes. As the interface between development and production, it allows not only the product but also the series assembly processes to be refined to maturity, ready for transfer to regular plants where they are used in series production. The Pilot Plant comprises a bodyshop as well as assembly, prototype and concept car construction units, and the Additive Manufacturing Centre, a centre of excellence for 3D printing.

Would You Care if Your BMW 3 Series Was Made in Mexico?