This isn’t just another matte finish paint-job. The Vantablack BMW X6 is truly something different. It combines the all new X6 with a paint process that’s never been applied to an automobile before – Vantablack® VBx2 nanostructure paint. The result is something out of a video game render. The result it an X6 that almost looks two-dimensional and void of the design intricacies that BMW has been known for over the last two decades. What that does to the X6 as a whole is up for debate but there’s little question that there is no more black than this X6.

Read on for the full release and official info. And look for real-world photos from Frankfurt in a few weeks. 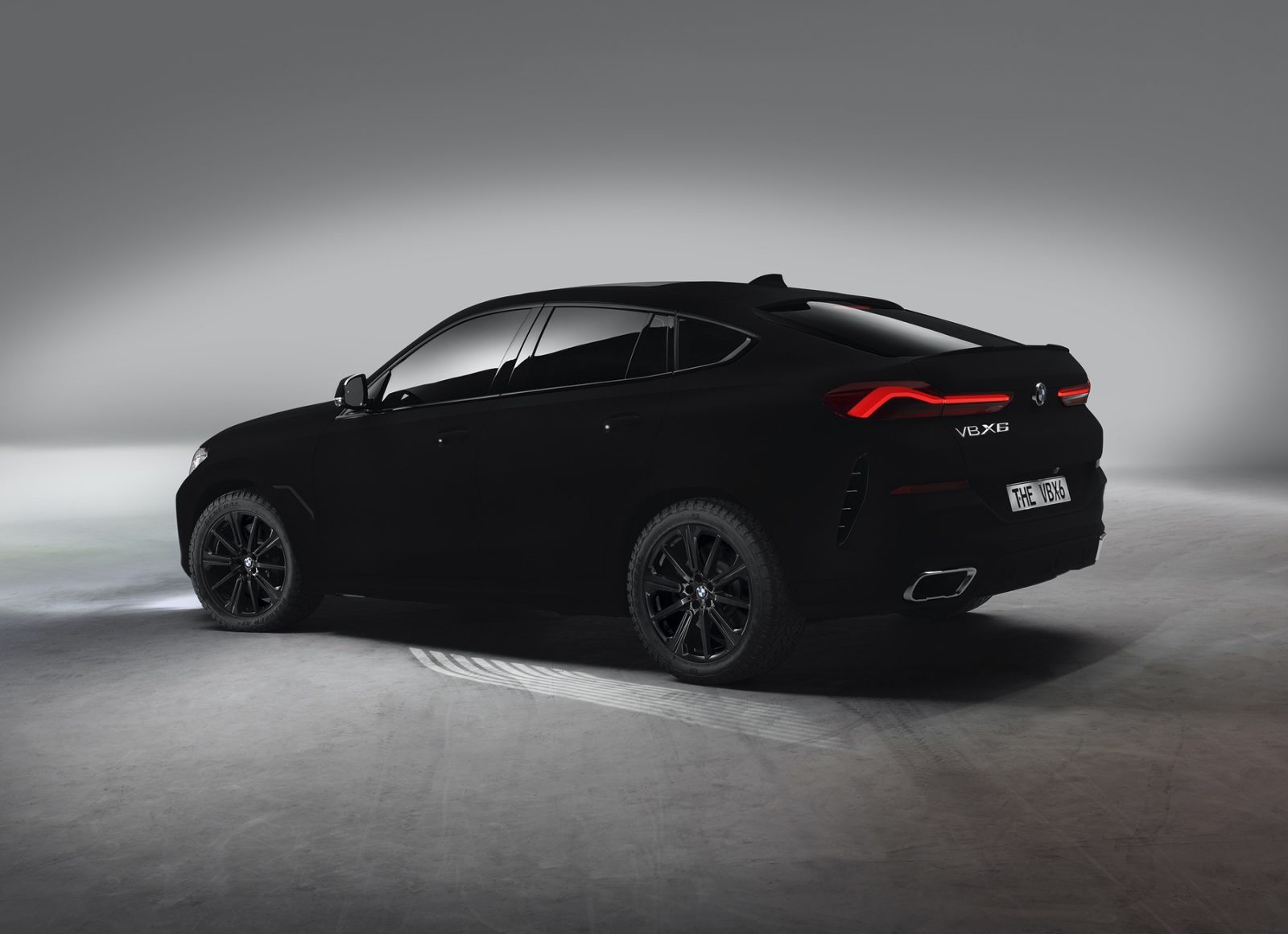 This September, the Frankfurt Motor Show will provide the backdrop for the world premiere of the third-generation BMW X6, the car that established the Sports Activity Coupé segment a good ten years ago. At the event, BMW will also present a spectacular one-off vehicle with a Vantablack® VBx2 nanostructure paint finish that highlights the expressive design language and confident, dominant and muscular appearance of the new BMW X6 to perfection. This exclusive show car is the result of a collaboration between BMW and Surrey NanoSystems, the inventors of the Vantablack technology. 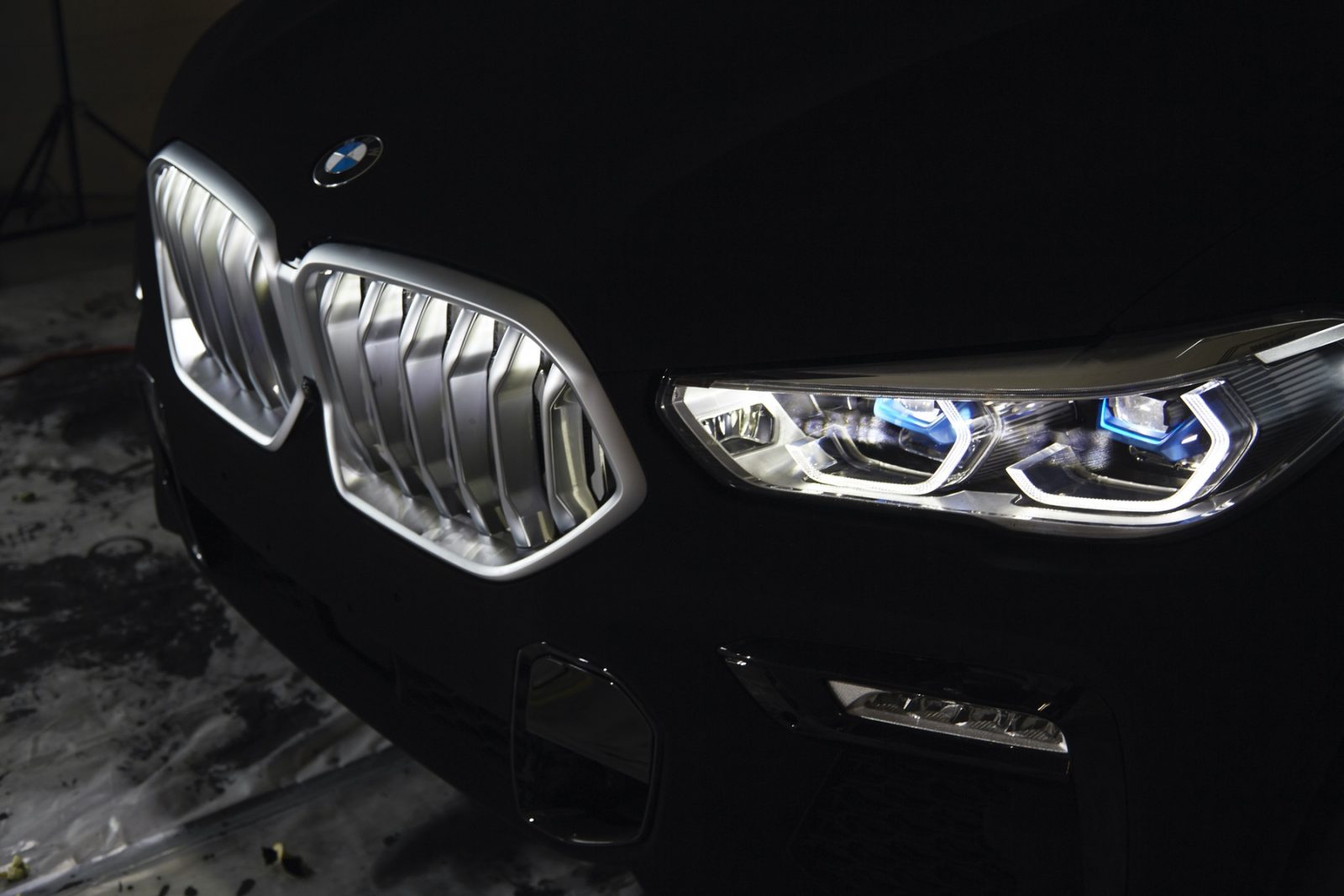 The BMW X6 is the first and only vehicle in the world to feature a Vantablack VBx2 paint finish. “We turned down numerous requests from various automobile manufacturers in the past,” explains Ben Jensen, founder and Chief Technical Officer of Surrey NanoSystems. “It took the BMW X6 and its unique, expressive design for us to entertain the idea.” With design highlights like the optional Iconic Glow kidney grille, distinctive twin headlights and striking taillights, the new BMW X6 provides fascinating contrasts to offset the Vantablack VBx2 paint finish, which changes the viewer’s visual perception of an object’s three-dimensional shape. 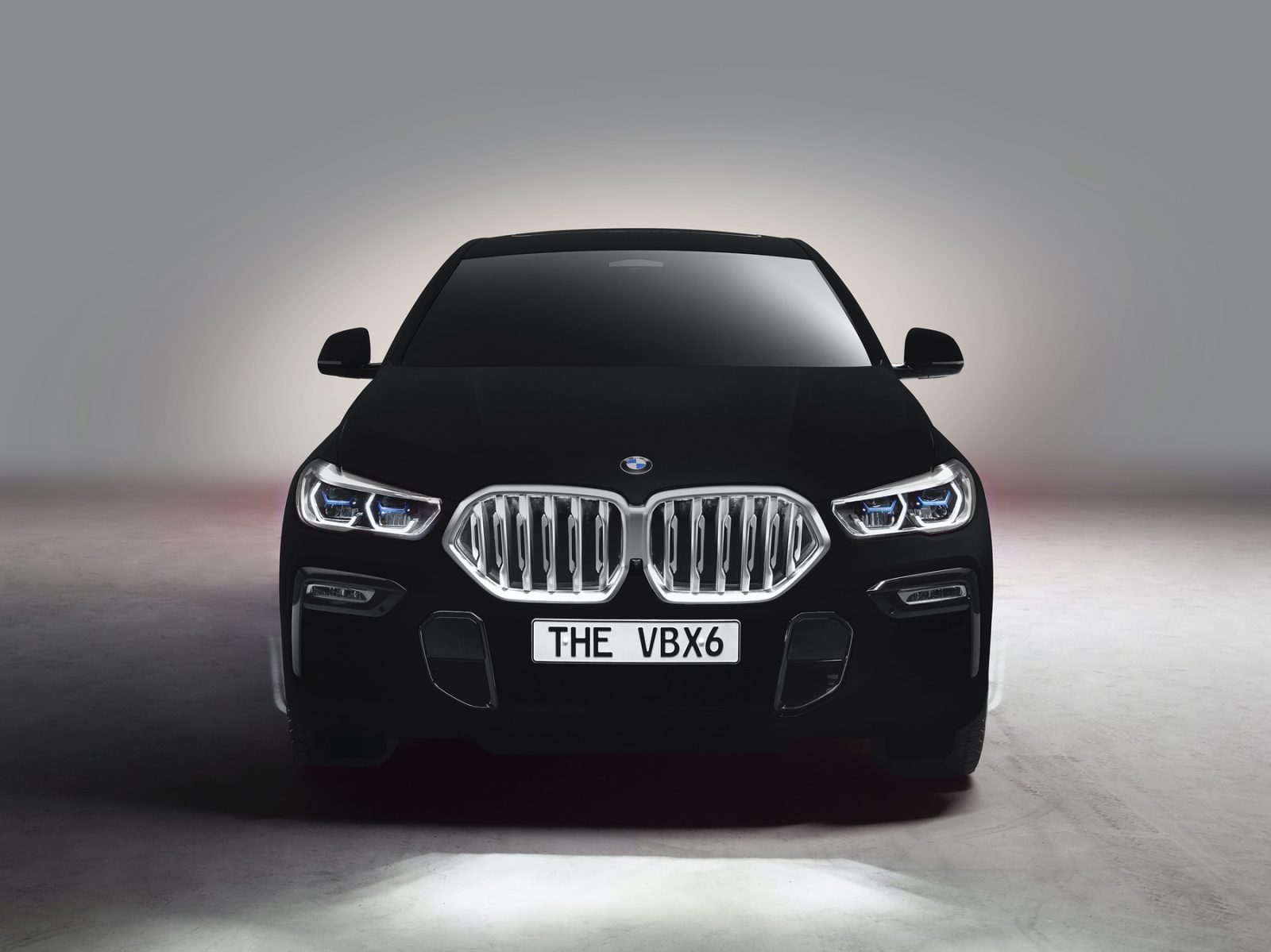 A surface coated in Vantablack loses its defining features to the human eye, with objects appearing two-dimensional. This can be interpreted by the brain as staring into a hole or even a void, making Vantablack a rather unsuitable vehicle paint finish, as it blots out virtually all the design details and highlights. For this reason, the BMW X6 was coated in the VBx2 variant initially developed for use in architectural and scientific applications. This coating can be sprayed on and has a one-per-cent total hemispherical reflectance (THR), meaning it is still considered “super black” while enabling a small amount of reflection from every angle. Thus, materials painted with it seem to lose their three-dimensional appearance – as demonstrated impressively on the BMW X6.

The name Vantablack has already become synonymous with an entire range of extremely black coatings and paints such as VBx2. It contains an acronym of the technology enabling this superior black in its first two syllables, which stand for Vertically Aligned Nano Tube Array, a matrix made out of carbon. Each of these carbon nanotubes has a length of 14 to 50 micrometres, with a diameter of 20 nanometres, making it around 5,000 times thinner than a human hair. As a result, around a billion of these vertically aligned carbon nanotubes fit into one square centimetre. Any light striking this surface is almost completely absorbed rather than reflected, and effectively converted into heat. 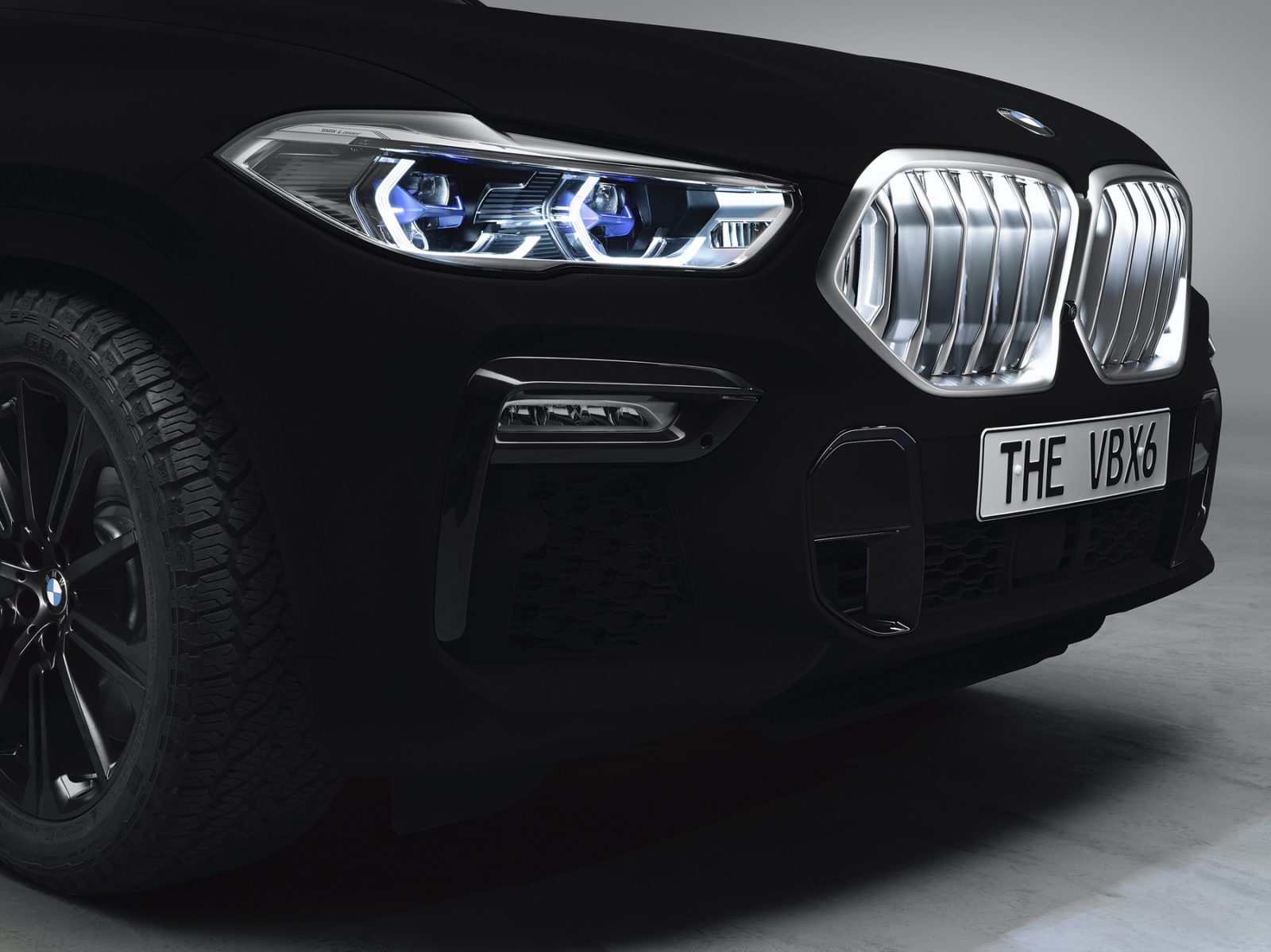 This technology was initially developed for coating space-borne components. As Vantablack can be applied at temperatures from as low as 430 degrees Celsius, it is suitable for delicate materials such as aluminium, and optical components coated in Vantablack enable observation of faint stars and distant galaxies that stray light from the sun makes difficult to detect. The first generation of Vantablack introduced by Surrey NanoSystems in 2014 absorbed up to 99.965 per cent of light, almost completely eliminating reflectance and stray light.