On paper a $57,420, four cylinder automatic BMW 3 Series sounds about as unappealing as you could imagine. Gone are the days of naturally aspirated inline six cylinders motivated by manual transmissions. Four cylinder turbos and electric steering is our new normal. But it turns out this new normal can be nothing less than exceptional.

The 2019 BMW 330i proves that almost anything is possible as BMW has thoroughly reinvented the 3 Series from the ground up, leaning into this modern tech while creating a driving experience that harkens back to the famed E46 3 Series.

Having fielded a fair amount of criticism from the last generation of 3 Series, BMW has gone back to a clean sheet of paper with this new generation. Starting with a chassis shared with the 5, 7 and even 8 series, the 3er has both grown in size yet shrunk in weight (when specced identically to the previous generation). This has allowed BMW to create a more comfortable driving experience while retaining the blueprint that made the 3 Series the heart and soul of the brand. 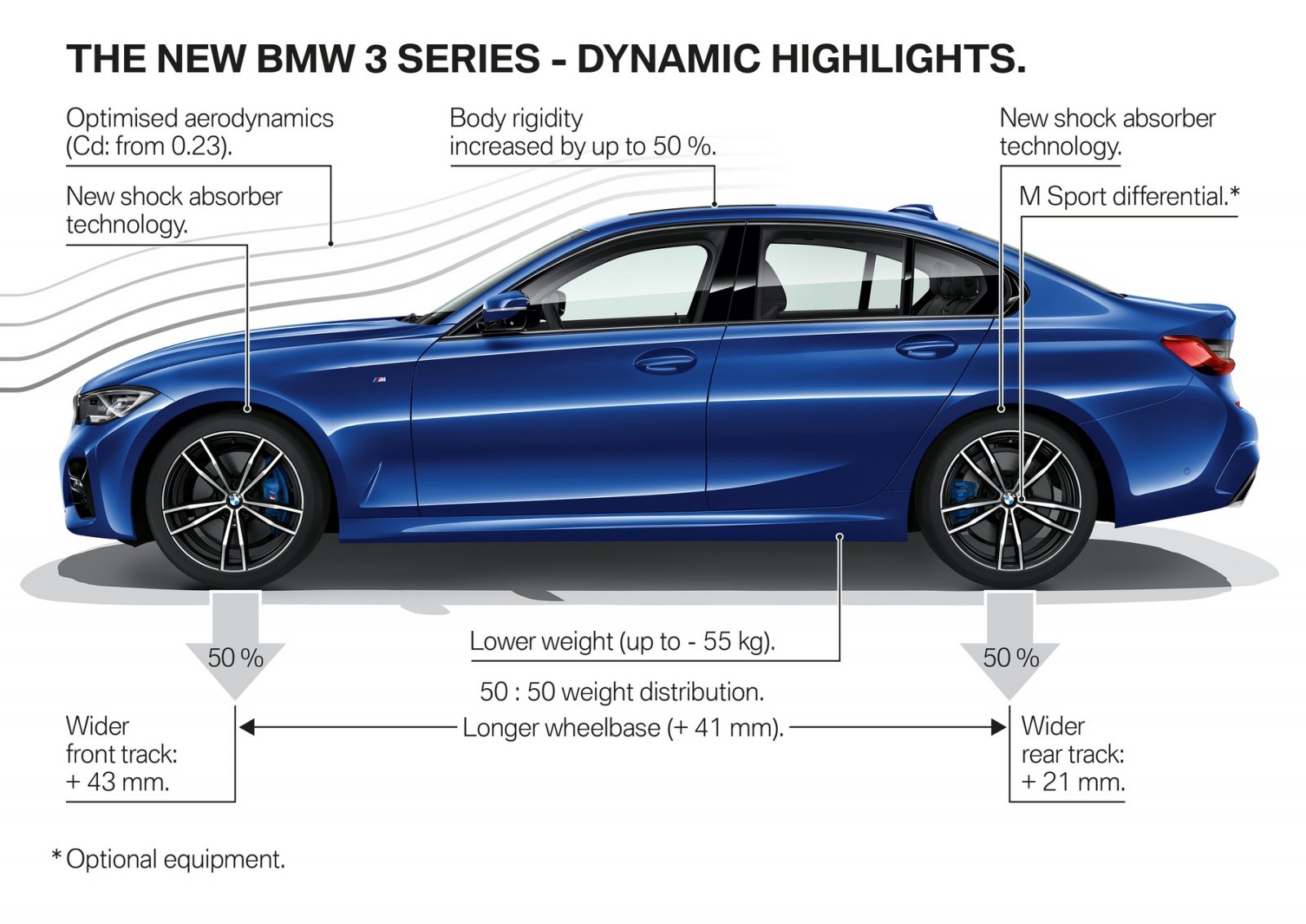 In short this is a larger, more luxurious 3 Series that’s a return to form in terms of driving dynamics and feedback. At its heart are entirely new steering and suspension systems that have seemingly taken the 3 Series back to its previous levels of engagement and athleticism from a decade ago. We won’t go into the technical details in this review (you can read that here) but suffice it to say BMW has created a driving experience that harkens back to the subtlety and interactivity of a properly specced E46. 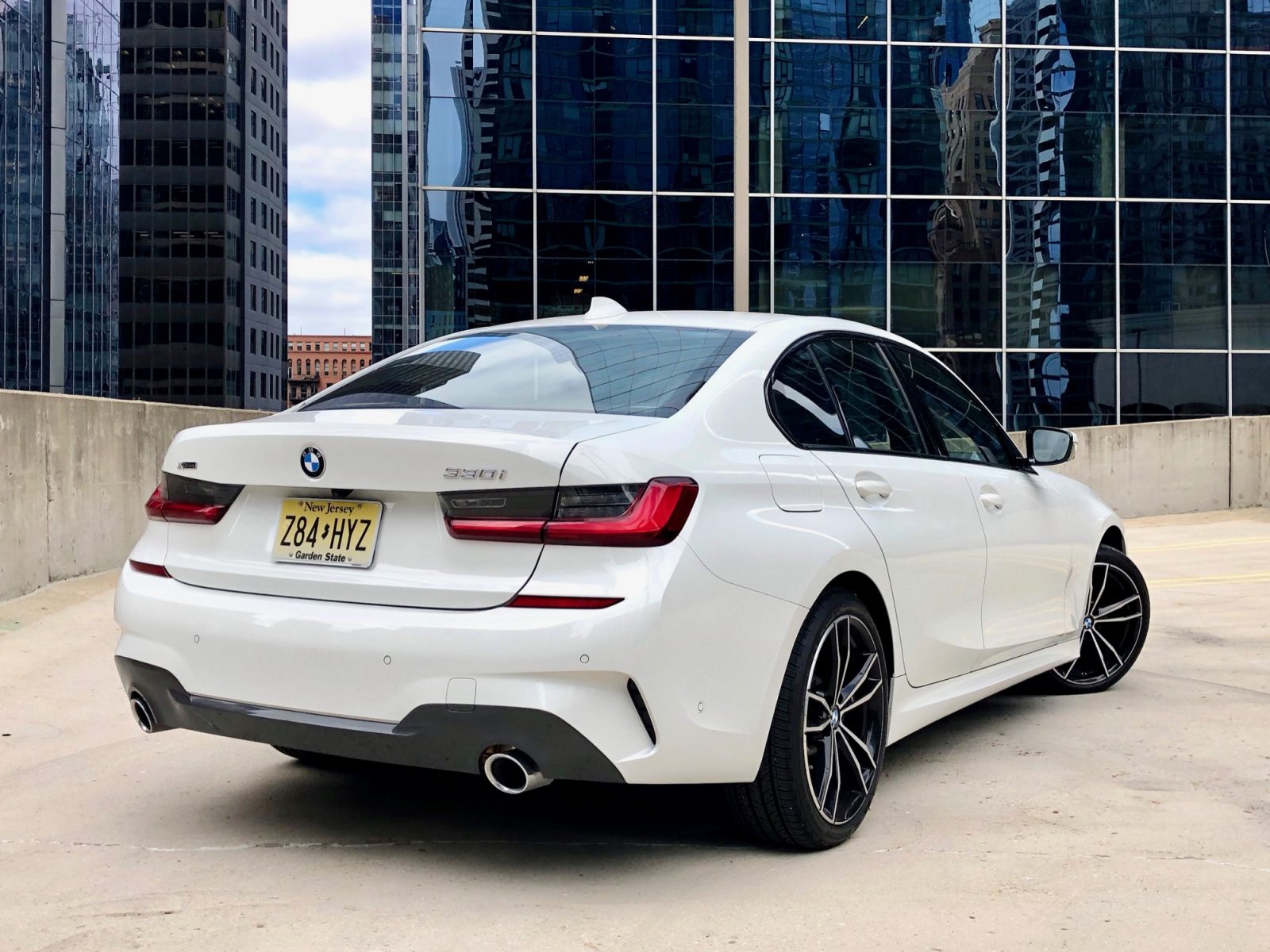 The BMW 330i xDrive – Performance

This isn’t just better tires and new tech. BMW went to extraordinary steps to re-engineer a car that has been historically seen as the benchmark in sports sedan handling. Why? Simply because of the competition. Engineers were tired of hearing about Alfas and Audis. They were tired of reading reviews that called the 3 series steering lifeless and the ride choppy. This new 3 series is a car born out of a single desire to take back the sports sedan crown BMW has held onto for over 30 years. 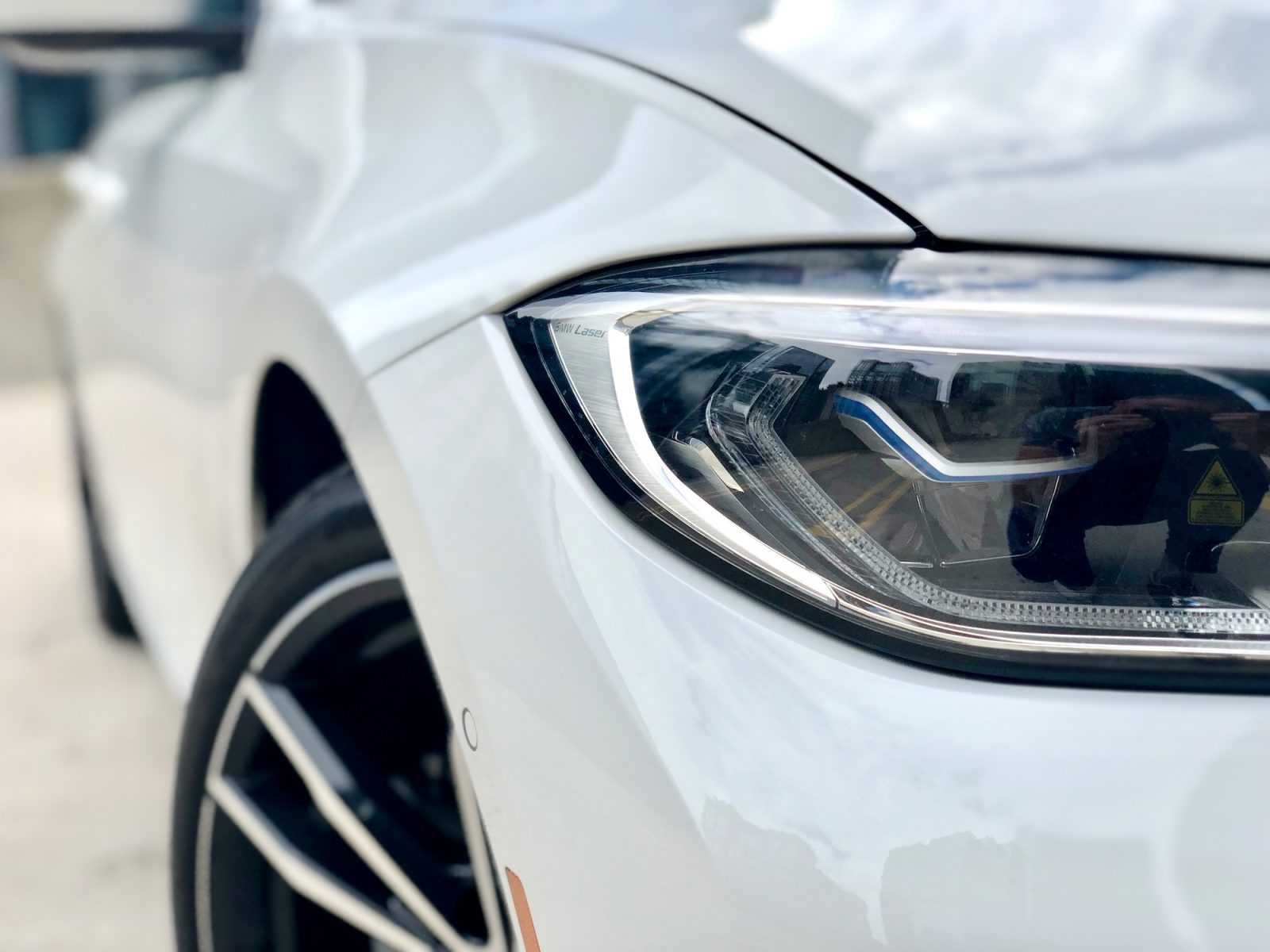 Have they done it? In a word, yes. In two words, hell yes.

This all wheel drive 330i xDrive wasn’t the tire shredding M340i that looks so good on paper or the more pure RWD 330i. But even with the extra xDrive weight and small four cylinder this 3 series immediately felt like the most engaging 3 series since the E90 and likely the vaunted E46.

The supple quality of the suspension (not variable mind you) created nuance in feel and an elasticity in the handling that hasn’t been there for well over ten years in BMW’s core sorts sedan. But perhaps more importantly the quality of the feedback through the wheel feels like a revelation compared to the previous F30 3 Series. 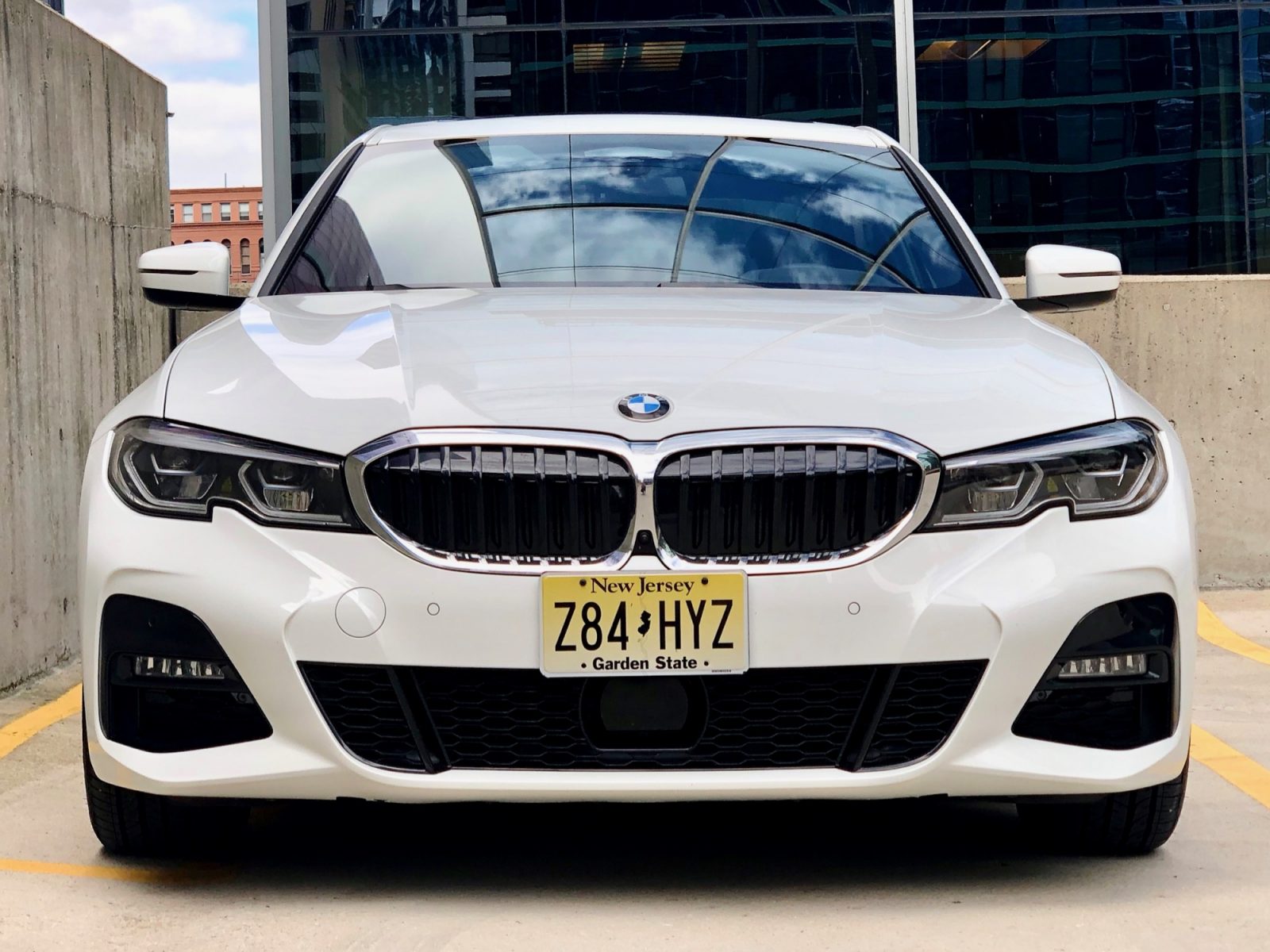 The BMW 330i xDrive – Design and Tech

The styling can be fussy in some angles but the core shape of this car is spot on 3 series. Once you get past some of the more controversial details (which became invisible over the course of a week and 1000 miles) this is a car that is undeniably well proportioned and, dare we say, handsome.

Inside things are more conservative, but no less successful. The layout is both intuitive and driver focused with plenty of carryover from the 5 and 7 series in terms of technology and design.

The iDrive system is the latest v7 that we’ve grown to love in the X5, X7 and M850i. While there are a few odd UX choices this is still the best infotainment system on the market in our opinion. 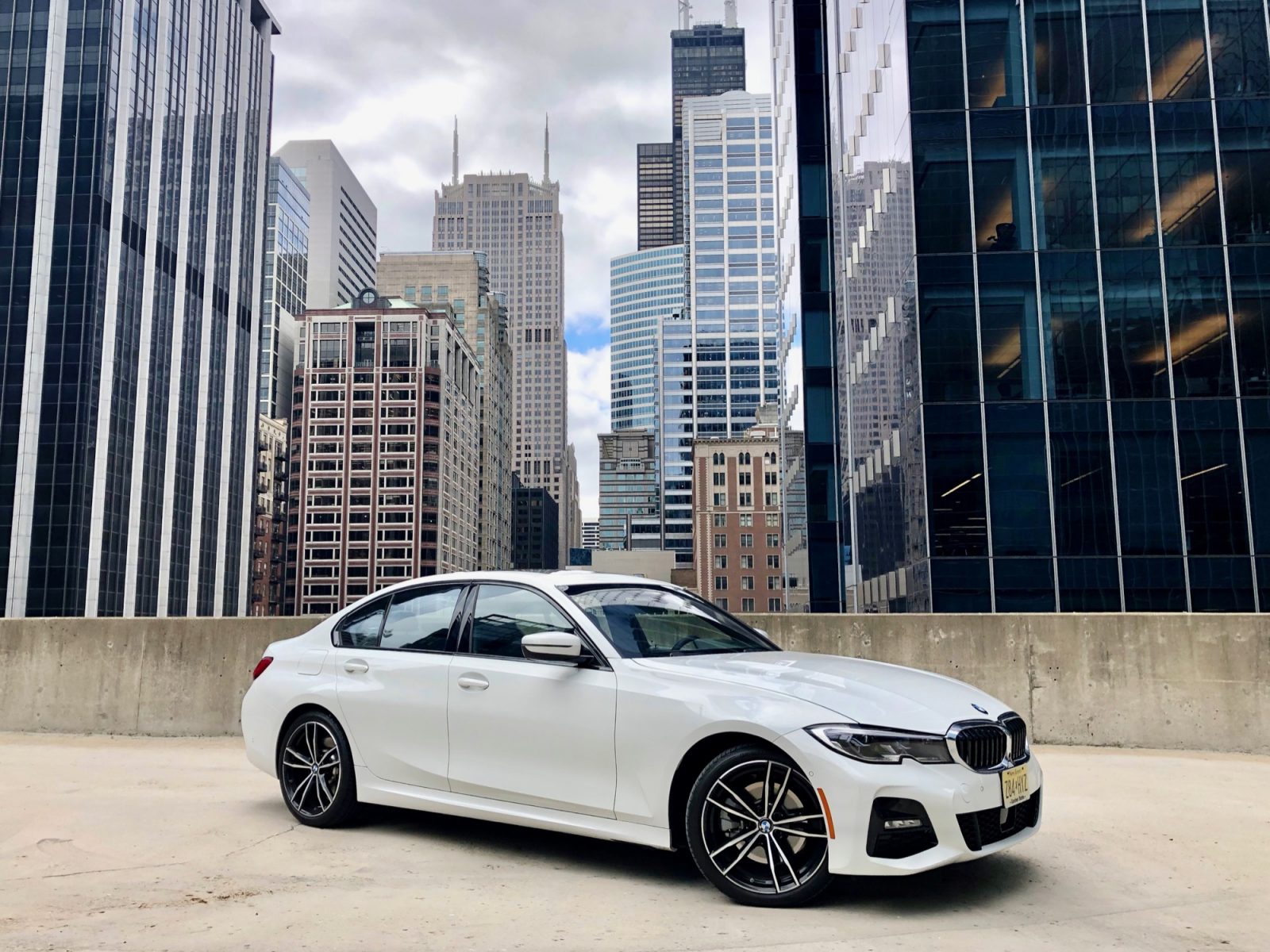 This new 3 Series is a return to form in its driver engagement. But this isn’t just an experience you get by opting for the top-end M340i. This athletic nature is baked into every component at the base level making this a philosophically different 3 series than the last two generations and more aligned with what we loved about the E46.

It’s not cheap, there’s no manual and the base engine is the unremarkable B48 in-line four cylinder. But behind the wheel all of this fades away and you quickly realize you’re driving something truly engaging and ultimately rewarding. And in this day of crossovers and SUVs and anodyne sedans with bodykits, that’s worth celebrating.

The BMW 330i xDrive as Tested 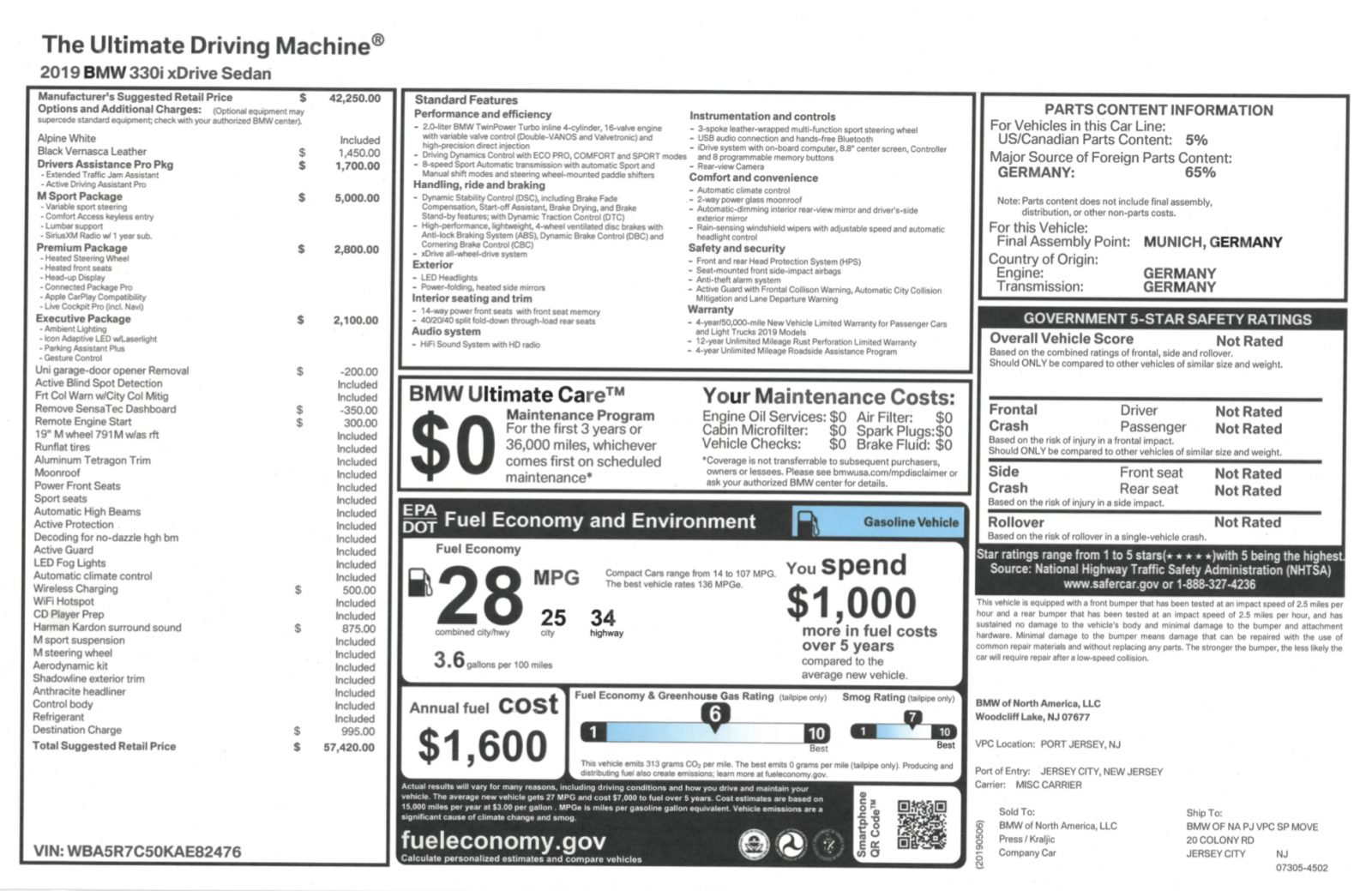