Skip to content
Do you know what kind of tires your car has? From the factory most models come with either all-seasons or dedicated summer tires. These days most BMWs are sold in the US with all-seasons. But if you have an M car or even M Performance you have summer tires designed for use in temps above 40 degrees. And if you have summers and live where the snow flies often, you need to read on. And come to think of it, if you have all-seasons and also live in the snow belt, read on. You know where this is leading to so lets get right to it. What are winter tires and why do you need them? Surprisingly, the answer isn’t only snow. 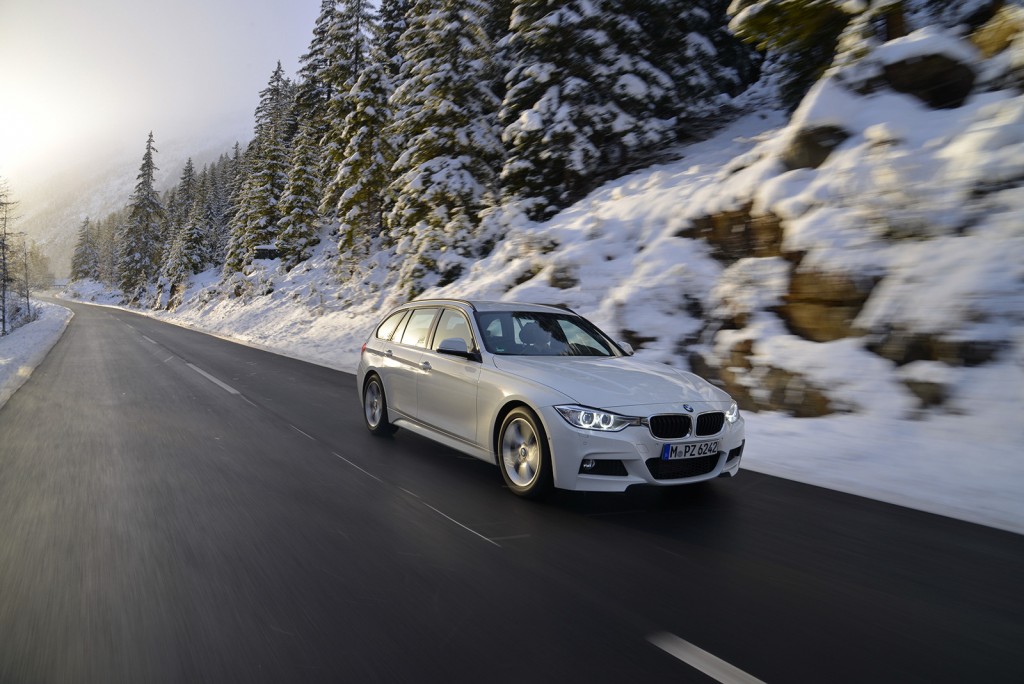 If you’ve been following BimmerFile and MotoringFile for any time, you’ll know we are big proponents of winter tires for climates that see cold temperatures and snow fall. But one aspect that gets missed about winter tires is that they’re not just designed for snow. Modern winter tires are created with compounds that adhere to the road no matter how cold temperatures get. Compare that to summer tires which not only have no grip in snow but little to no grip on dry cold pavement as well.

Summer in the Winter Doesn’t Work

Having to deal with a front wheel drive car with summer tires through a Chicago winter doesn’t fall into the fun category (we’d argue a RWD does). With big blocks of tread that don’t adhere well to anything below 40F, summer tires simply aren’t intended to ever deal with the white stuff (let alone the cold stuff). Why? Winter tires work due to more flexible sidewalls, winter tread patterns, deeper tread depth, and, most importantly, rubber compounds that remain soft in the lowest temperatures. In other words, chemistry. They are designed to actually work as you’d expect tires to perform in all winter conditions. Our Goodyear summer tires simply could not dig into snow no matter what the depth. While they had better lateral grip than we would have expected (thank God), the ability to get off the line was all but zero in snowy conditions. Serious skill was required to do pretty much anything from starting at a light to parallel parking. Luckily we had our own snow package which consisted of the largest possible square-point shovel that would fit in the boot. In case you skipped to the end, the official BF position is pretty clear. We don’t recommend summer tires in winter weather. That means any environment that is consistently below 40F and gets any kind of freezing precipitation.

Winter Tires or All Seasons?

They’re ok at everything and great at nothing. If you can afford the hassle and extra cash, we would highly recommend a set of dedicated summer and winter tires if you live in an environment that gets any type of snow or the cold dips regularly below 40.

Our Recommedation (if you get lots of snow but care about dry performance): The Bridgestone Blizzak WS80

There are plenty of good snow tire options out there and we’ve tried a few. However if you live in an area that gets a fair amount of snow and still care about dry performance the Bridgestone Blizzak WS80 is a good bet. Making use of Bridgestone’s adaptive NanoPro-Tech Multicell compound, the tire features a hydrophilic coating and microscopic bite particles that are meant to absorb water. This combination allows the Multicell compound to remain flexible and maintain grip in temperatures well below-freezing. Having had them a ew winters ago on our 2018 JCW Clubman, we were constantly impressed by both the dry grip (in cold temps) and the ability to slice through deep snow. Our current 2020 JCW Clubman makes due just fine with the Perrelli Sottozeros. But comparing the two the Bridgestone’s combination of grip in just about every winter condition you could imagine clearly make it the winner. The JCW’s all wheel drive system plays along nicely with near seamless torque transitions from front to back and side to side. The best part however is the fact that up to 80% of torque can be routed to the rear wheels giving the JCW Clubman the ability to quickly pivot from understeer to oversteer if provoked. Not a bad trick for empty snow-covered country roads. You can read more about our experiences with the WS80s in our full review from a few years ago. Last year we spent a few months with Bridgestone’s more performance oriented model the Blizzak LM-32. However we felt the WS80 was better all-around especially as the snow began to fly.
FacebookTwitterPinterestLinkedinRedditMixEmail
BF Feature Nürburgring

From Chicago: The Alpina B7 Introduction