This story comes in cooperation with our sister site, ScooterFile.

Back in January, BMW quietly announced full scale production plans for the C Evolution scooter for 2014. The C Evolution is a 100% electric variant of the C 600 Sport and C 650 GT, which have already been a big win for BMW. At the recent BMW Motorrad Days event in Garmisch-Partenkirchen, Germany, attendees had the opportunity to actually go hands on with pre-production versions of the C Evolution and ride them on real roads. In the video above, we get our first look at these production-ready machines in action, as well as our first listen to the unique, nearly silent noise produced by their 100% electric drivetrain.

The smiling faces and enthusiastic descriptions of the C Evolution’s flat torque curve and ample acceleration are encouraging, if not unsurprising. This is a BMW after all. It’s not as though this would be a boring little commuter bike. The two mysteries left unknown at this point are real world battery range and price. With the petrol-burning C-series scooters coming in around $10k, will the C Evolution be priced out of serious market adoption from the get go? Or is BMW positioning this as a halo bike for electric urban commuters? Either way, we look forward to own go on what will be the first 100% electric bike from a major motorcycle manufacturer. 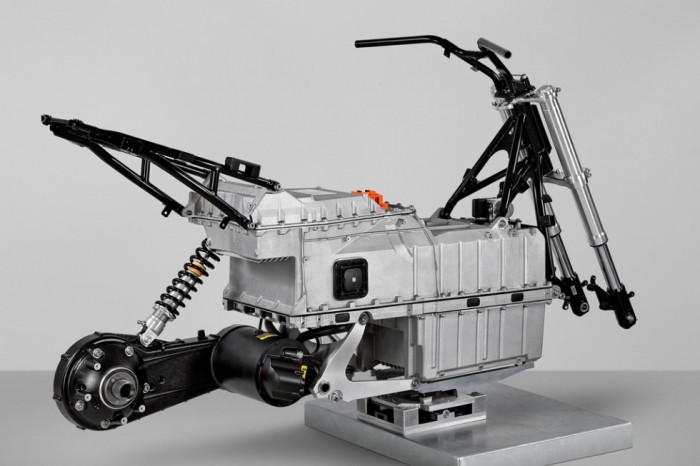 For more on the BMW C-series scooters, check out our first ride reviews here and here, as well as our long-term review here. You can also read my own commentary on electric scooters in general here.

What are your thoughts? Would you consider the C Evolution over its more conventional siblings? How far is far enough to overcome your range anxiety. Let us hear from you in the comments.