When we first heard about the X1, our immediate reaction was of one of eye rolling. Instead of the 1 Series hatch we’ve lusted after, BMW was giving us the “crossover” version that sacrificed dynamics for, well, crossover-ness. What’s worse, the X1 is nearly the same size as the 3 Series wagon – a car we’ve long held as the ultimate family transportation. Why wouldn’t I just buy that instead? Yet for all its philosophical faults, the X1 managed to be the biggest surprise of any BMW we’ve driven in the past five years. In both utility, performance and value, the X1 hits a sweet spot that we were afraid BMW had forgotten about. 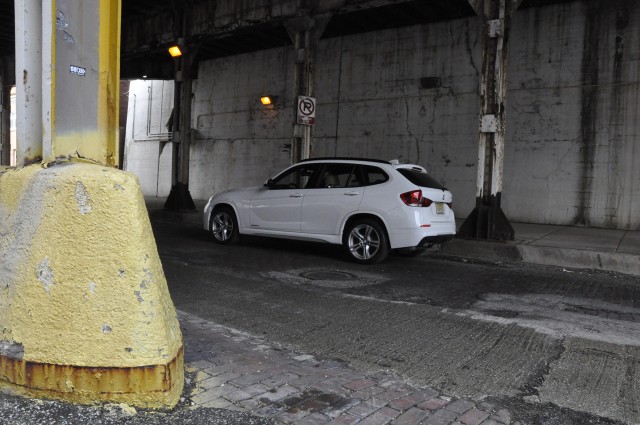 The X1 is a relatively svelte 3527 lbs (sadly that counts as lightweight at BMW these days). However, it’s the price that surprised us more than anything. In a lineup where the 3-Series wagon (with mandatory xDrive) starts at $42,475 the X1 is priced at value-oriented $31,725 (including destination). Similar size, comparable dynamics and an identical drivetrain for $11,000 less. What’s missing?

We’d expected to find that $11k difference on the road, then we drove it. The X1 comes from good stock in the form of the E82 1-Series which, in turn, is derived from the much loved E90 3 Series. So consider this a mutated version of the E90, upgraded with the new N20 four cylinder, an auto start/stop and everyone’s favorite 8 speed ZF automatic (unfortunately no manual will be offered). There’s also the 35i model with the 300 hp N55 and the old school six-speed auto. Yet due to the increased weight and sadly antiquated transmission, the X1 35i doesn’t quite feel as fast as it should considering the MPG trade-offs (18/27 vs 24/35 in the sDrive 28i). 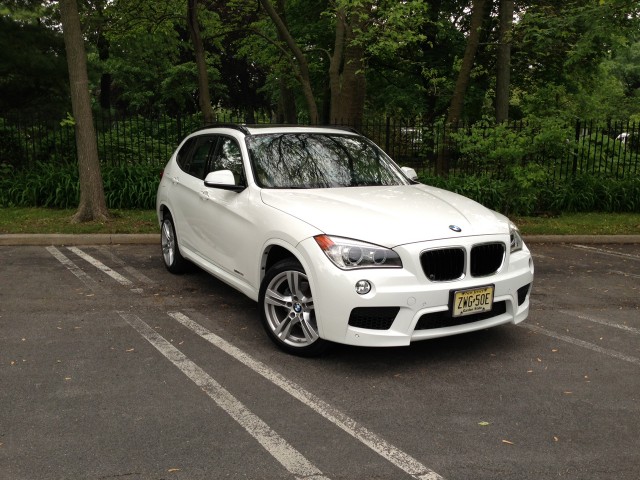 Yes sDrive. The X1 is the first BMW SAV to be available in BMW’s classic RWD form. However, before you write that check, the sDrive model is also the only X1 to be stricken with an electronic-assisted steering system. What does that mean? That round thing in your hands is less responsive with feedback than with the hydraulic rack (found on the xDrive 28i and 35i). Yet it’s worth forgiving in this reviewer’s eyes because the feedback is still passable and the efficiency gain from electrifying the steering system is likely more worthwhile to the vast majority of buyers. Besides, who really needs AWD anyway? I say nobody with a proper set of snow tires, but I appear to be in the minority in that opinion.

So with an M Sport sDrive 28i at my disposal for a week, I set out to see if the X1 was the 1-Series hatch we’ve all been waiting for, or just another mom-mobile.

The X1’s driving dynamics are what you’d expect. Understeer at the limit but decent feel (despite the EPS system). Excellent brakes and corner control inspire confidence. Yet before we dive into the qualitative, lets look at the quantitative.

The X1 sDrive 28i weighs 253 lbs less than the 328i xDrive wagon. A big part of that savings is the lack of all wheel drive — which is the way we at BimmerFile prefer things. With snow tires on the sDrive X1, I’d fully expect it to better any xDrive X1 in most snowy conditions. Without the added weight you also get better good weather performance and higher efficiency. 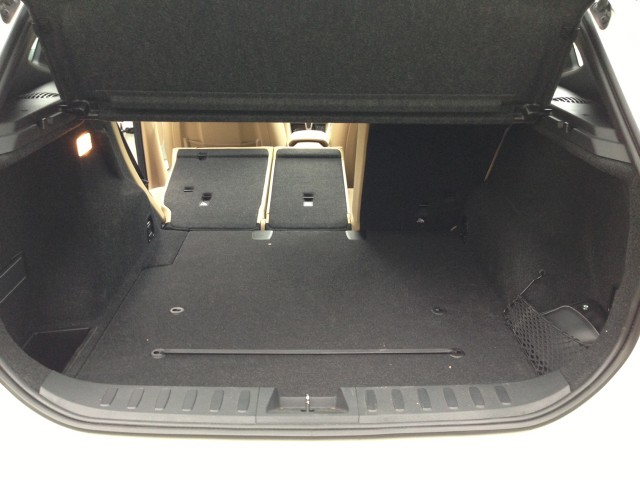 Furthering the comparison, there’s the cargo capacity between the X1 and the 3-Series F31 wagon. Despite the “X” name and expectations of a MINI Countryman-like interior, the X1 is surprisingly roomy and comfortable inside. It’s within a half inch of the 3-Series wagon’s front and rear seat width and has almost two inches more headroom. Cargo room is similarly close, as is the total width and length.

So as we keep saying, the X1 is extremely close in size to the new F31 wagon, yet $11k cheaper. That’s great value, but it could all come unraveled if this car didn’t actually feel like a BMW. Frankly, this was our biggest surprise with the X1. The 240 hp N20 motivates the 3500 lb X1 in rapid fashion (0-60 is around 6 seconds), but even more powerful are the brakes at bring it back down again. Given that the X1 is about five inches lower than most other small crossovers (yes this really is just a tall wagon) its center of gravity is not far off of a 3 Series sedan and thus has a similar immediacy at turn-in and feels confident when pushed towards the limits of grip. 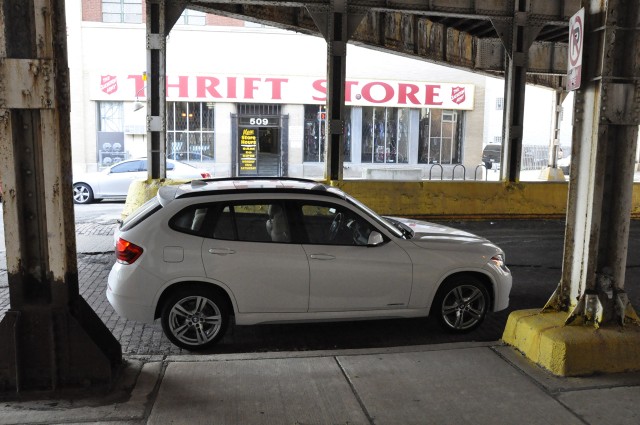 Our X1 28i sDrive test car was equipped with the M Sport line, which gives the car some upgraded visual details in the form of trim pieces, M logos and one legitimate addition: sport suspension. This lowers the already low crossover another half centimeter. That doesn’t sound like much, but the lower center of gravity and stiffer springs/shocks of the M Sport further give the X1 a level of body control and a nimble sure-footedness not found in any other crossover I’ve ever driven. On the xDrive models with M Sport, BMW has set up the system to send up to 80% of the engine torque to the rear wheels in corners — helping the xDrive version feel much more like its sDrive siblings.

Could this be the first SAV BMW has designed with enthusiasts in mind?

Inside and out the X1 feels like a high-quality vehicle that in no way feels like the low-rent country cousin of the the X3 or 3-Series wagon. It’s rare in any comparison that we can talk about a BMW being a leader in value-for-money, but at just $31k, the X1 is in a league of its own in terms of packaging, materials, performance and efficiency.

Our fully-optioned M Sport sDrive 28i X1 saw duty as a commuter, road tripper and kid hauler. I can’t remember a test car in the past five years that fit right into our daily routine better than this X1.

Still can’t get over that it’s a crossover? Get over it. So what if there’s an “X” in the name? The X1 (especially in M Sport trim) is the five-door BMW hatch many of us have been waiting for.

BF Garage: One Year in the 1M – The Last Analog M Car?