The new BMW M3 Sedan and new BMW M4 Coupe from BMW M GmbH see a return to a six-in-line engine configuration, as used on the second and third generations of this iconic sports car. The new turbocharged unit, which can develop more than 7,500 rpm, combines the best of both worlds – on the one hand a high-revving design for instant response, linear power delivery over a wide engine speed range and an unmistakable and characterful engine note, and on the other hand BMW TwinPower Turbo technology for maximised torque over a broad rpm range. A further hallmark of this engine is its outstanding efficiency. 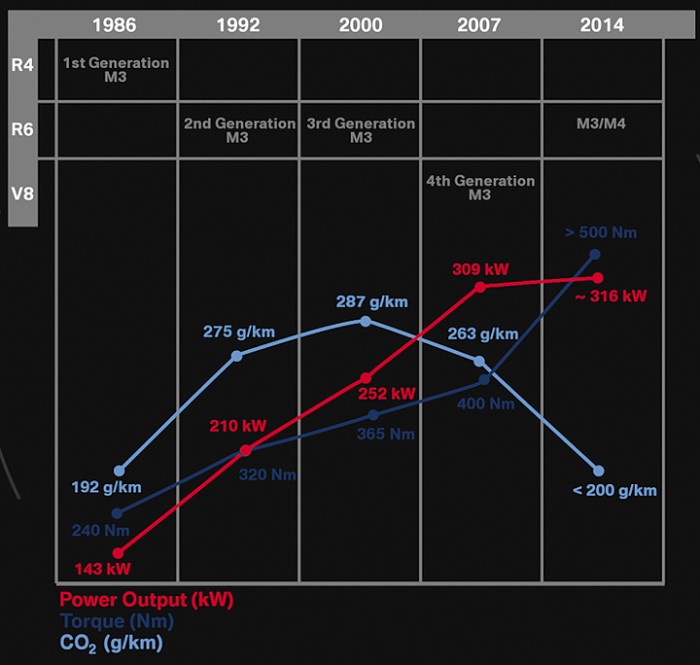 The new engine sees a slight power upgrade over the previous V8 to approximately 430 hp, while peak torque has been increased by well over 30 per cent to substantially more than 500 Newton metres, and is maintained over a very wide rev band. The new powerplant also boasts excellent fuel consumption, with an improvement of more than 25 per cent over the previous model’s figures, while emissions are already EU6-compliant. 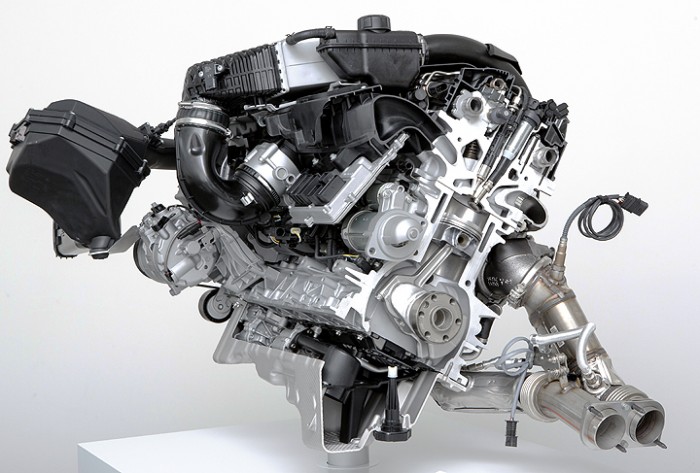 The exceptional performance of the BMW M3 Sedan and BMW M4 Coupe also demands an exceptionally sophisticated thermal management system for the engine and ancillary units. To ensure optimal operating temperatures both in short everyday trips around town and also when the vehicle is being driven flat out on the track, the M GmbH engineers developed a highly efficient cooling system, comprising a main radiator plus additional radiators for the high- and low-temperature circuits, turbocharger and transmission, while a temperature-stabilising electric water pump ensures that the engine can develop its full performance at all times. 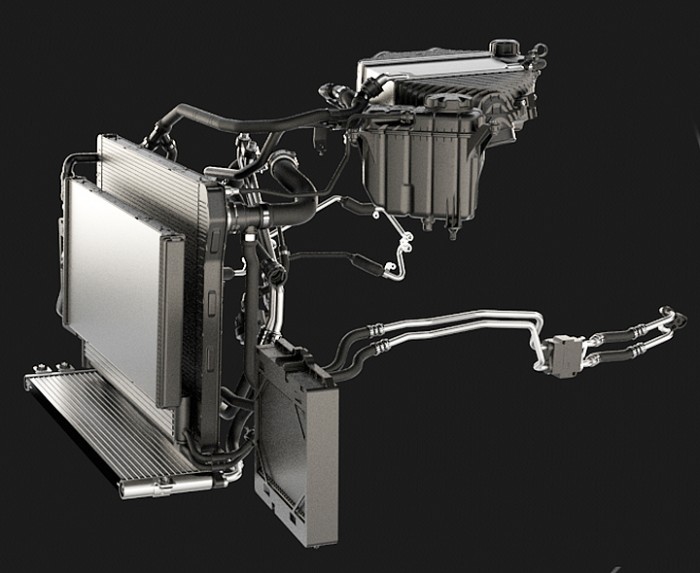 The engine oil supply system, too, reflects the extensive motor sport experience of BMW M GmbH. The low-weight magnesium oil sump, for example, features a special cover to limit movement of the oil under the effects of strong dynamic lateral acceleration. Under extreme longitudinal acceleration and deceleration, an oil extraction pump and a sophisticated oil return system situated close to the turbocharger likewise help to maintain uninterrupted oil circulation. Oil is therefore supplied continuously to all engine components in all driving situations – whether in everyday motoring or during hard driving on the track.