As we prepare for the internet debut of the highly anticipated 2 Series, an intrepid BMW fan managed to capture a final evaluation prototype on the Autobahn. We’ve seen the 2 Series almost entirely uncovered before, but there’s always something about video that helps to give you a better look at the overall size and shape. One thing you notice quite clearly is how proportionally right it looks. Unlike the 4 Series, which has grown into something almost too fast-backed for some, the 2 Series will retain the familiar notch-back look of the traditional BMW coupe. 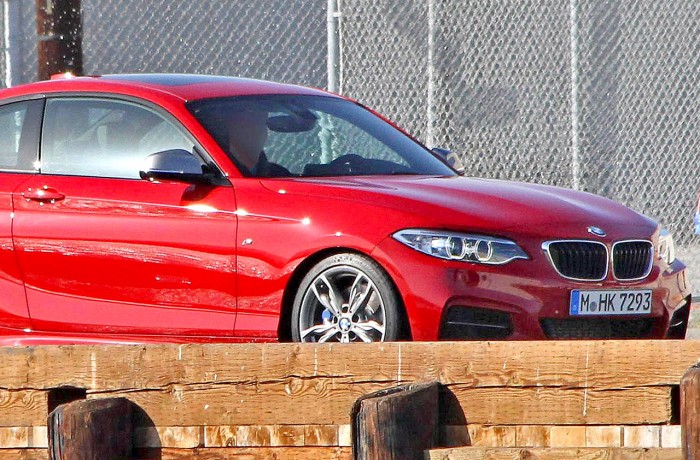 For us at BF, the 2 Series represents something of a return to form by BMW. Much like the 135is, the 228i and the M235i stand a good chance at being the best link for BMW back to the 2002tii and even the 325is. Beyond the electronically boosted steering the stats and measurements all read as if BMW had our readers in mind with this car. Rumors have the curb weight slightly below that of the current 1 Series along with a more stiff chassis. Those two key ingredients reportedly have the M235i lapping slightly faster than even the mighty 1M. Also in the cards is a dealer or port installed Limited Slip Differential (original rumors had the factory doing this but sources have since indicated that may not be correct) along with a raft of other M Performance upgrades.

The 228i and the M235i will debut on the internet this month and at the Detroit Motorshow this January. As always BF will be on hand to give you an inside look at the car.

by Michael
BMWi i3 Video

The Next 3 Series (F30) Makes its Video Debut