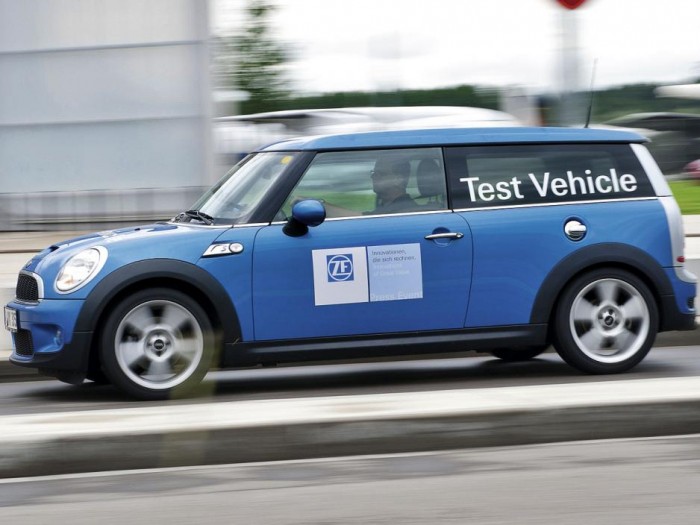 MINI’s decision to keep the six speed Aisin automatic for the next generation F56 was seen as a surprise when announced last week. While MINI promises some mechanical improvements along with completely revamped software, it’s still seen as rather long in the tooth as compared to some of the more advanced offerings in the marketplace. What is BMW thinking with this decision and how will it affect the upcoming front wheel drive range of BMWs?

BMW has a long history with ZF Friedrichshafen also known simply as ZF. They’ve been producing transmissions for BMW for years and are particularly well known for their recent automatics. The current de rigueur transmission of the rear wheel drive automotive world is the ZF 8HP found in all non M brand BWWs. So good is this transmission in terms of performance and efficiency that it’s made its way into everything from Ram trucks to Bentleys. 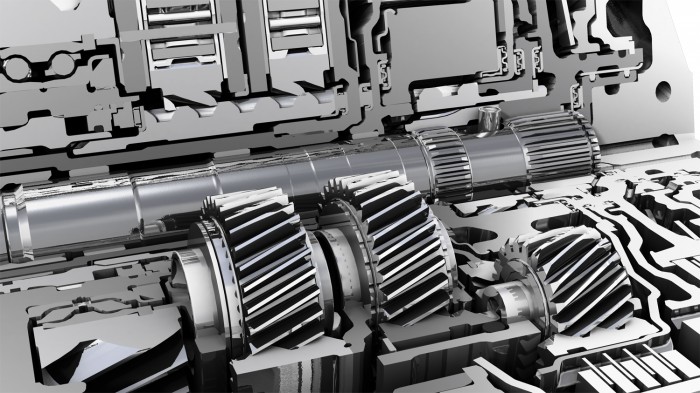 To follow-up the 8HP, ZF has released the new 9HP meant for transversely mounted front wheel and all wheel drive cars. Sounds perfect for the MINI doesn’t it? ZF thought so too and even promoted the transmission by installed it in a prototype Clubman (see above). Not only did they test it for a MINI but they designed it small enough to easily fit inside the R56 and F56. Like the 8HP, industry observers had assumed that BMW & MINI would pay for the privilege to be the exclusive launch brand for the new transmission. However timing and Land Rover and Fiat got in the way of those plans. Both of the manufacturers have reportedly tied up production of the new 9HP (which will introduced in the Evoque and Cherokee late this year) with an exclusive agreement.

Where does this leave MINI? With the venerable six speed Aisin transmission for at least the next 18 months to two years. Once ZF opens the production flood gates (they’re currently limited to 400,000 units a year) BMW and then MINI will have a crack. 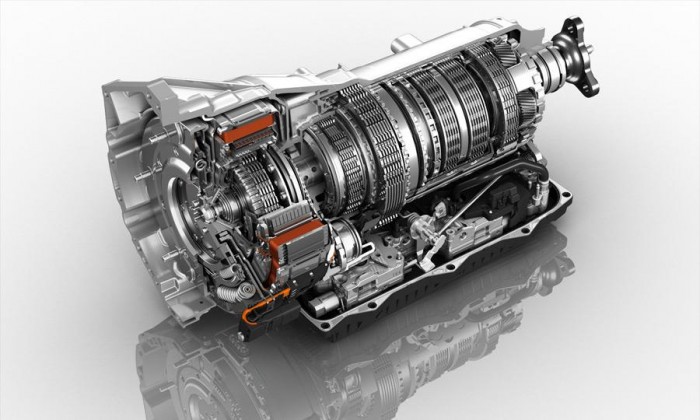 From all reports ZF took what they had learned from the 8HP and created a product that is both smaller, lighter. Like the 8HP, ZF designed the 9HP to be quicker shifting than a DCT (like the 8HP it can quickly skip ratios allowing the driver to go from 5th to 3rd in a blink of an eye) while retaining the refinement of a true auto for those who never take it out of “D”. The full transmission weighs less than 190 lb (including fluid) and is ultra compact due to a new compact hydraulic vane-type pump, two patented dog clutches replacing bulkier conventional clutch packs, and a nested gear set. The results are almost 17 lbs lighter than the Aisin. Despite this it’s not a fragile piece of engineering – it’s designed to accommodate up to 354 lb ft.

It’s also highly efficient with ZF projected a 16% improvement in MPG. To put that into perspective simple look at the current R56 MINI Cooper automatic. It’s 36 MPG on the highway would be transformed to 41.76 with the new 9HP. Just imagine what BMW’s new 3 Cylinder will be capable of.

We expect the 9HP to be introduced in the front wheel drive BMW from the start of production next fall. From there we would expect it in all front wheel drive based BMWs – the first in the US should be the next generation X1 in 2016.

For the MINI line-up we expect the 9HP to debut next fall under the hood of the refreshed 2015 Countryman and Paceman. If product capacity is increased quickly enough MINI could also switch F56 production over at the same time. That would make sense as next fall is also going to be the start of the five door MINI – the F55. However MINI’s plans are still unclear in this area.