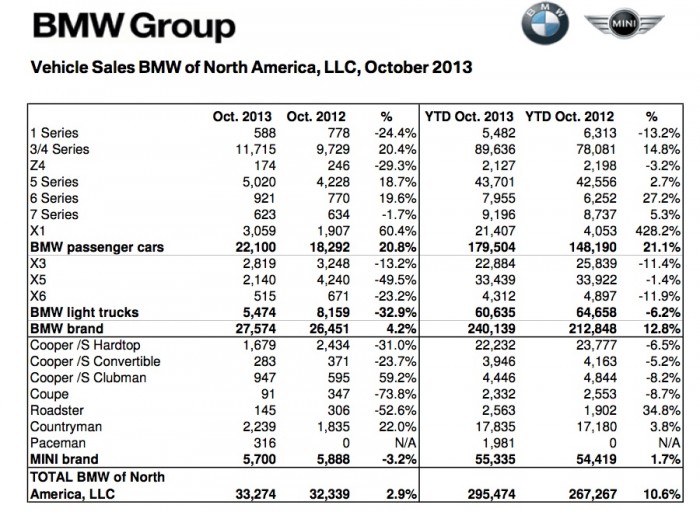 “The momentum of October is a good indicator of what’s ahead in the final 60 days of the year, especially with sales of the new X5 and the 4 Series beginning to have an impact,” said Ludwig Willisch, President and CEO, BMW of North America. “All of the leading indicators – sales, order rates, showroom traffic, finance applications – are up, very good signs.”

BMW Group Sales Up 20% in November