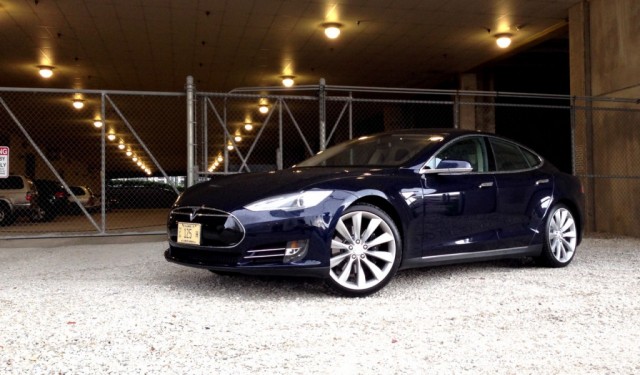 Like the swine flu of a few years ago there appears to be a new epidemic impacting the US, at least that is what the media seems to be pushing. This affliction is not passed person to person or animal to animal. It only occurs in electric vehicles and the Tesla Model S in particular, four such cases over the period of several months. When these cars hit large metal objects or have significant accidents on the underbody fires may ensue. Should that come as a surprise? Not really, but the notion that the media is covering this so much is much more of an issue- cars burn every day, gas tanks can be punctured, rear end collisions can cause explosions (Crown Vics were notorious for this) but never such a big deal has been made as with these EVs. Electric vehicles, guilty of being different, appear to be getting the short end of the stick and that is just BS plain and simple. Electric cars are not for everyone, just like diesels, but the more choices in the market the better. Each form of propulsion has its pros and cons but buyers should have the freedom to weigh it all and choose where there dollars are spent. The Media seems to be trying to influence that without the use of advertisements.

TESLA has done one hell of a job with the Model S in all areas and it is an engineering exercise in doing things right. It has been shown to be safe in crashes, it is efficient and from the vast majority of accounts a hoot to drive if not heavy. It’s a safe bet that we’d buy one if we were in the market for such a vehicle as it seems to do almost everything right.

Has Tesla under engineered the battery compartment? It’s doubtful based on all the R&D they conducted, the crash results and CEO Elon Musks’ ability to think outside the box but anything is possible, right? Details of the safety shell for the battery pack are sketchy outside that a 1/4 inch thick metal plate is used and since it is non-magnetic (as owners have attested) it is most likely aluminum. Aluminum saves weight and cost compared to steel or titanium but it lacks the hardness and thus is more easily penetrated. Ask any soldier what the least protective armor is on military vehicles and they will all tell you it’s aluminum, so why on earth choose it to protect batteries? Weight- steel would way significantly more and decrease range.

Using aluminum is not necessarily a FAIL, lets think about how often cars are impacted from underneath- its not often, otherwise we surely would here of people being impaled in a regular internal combustion engined vehicle on a regular basis as these floor pans are significantly less armored than an EV and people would be injured significantly. My first car had this neat feature where I could see the road through the floor pan and I am amazingly still here with never an incident. Chevy uses a three layer sandwich of materials to protect the Volt battery which seems to be successful or maybe they just have not had the luck Tesla has. All companies are using a proprietary means to secure batteries. Also worth considering is that Tesla is using liquid cooling with the model S and has training materials that indicate water should not be applied to a battery fire. 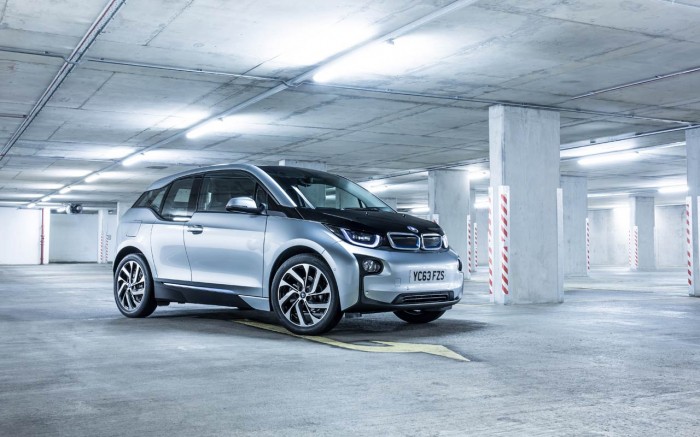 How is BMW protecting the i3 battery?According to a BMW spokesperson, BMW is using aluminum too with the battery cells being contained contained in hardened metal boxes. BMW believes it has equipped the all-new 2014 BMW i3 with the safest electric vehicle battery system for sale in North America. The battery cooling system of the i3 is filled with an inert gas refrigerant (R134a), which will not react with lithium to form combustible hydrogen. Furthermore, the battery electrolyte of the i3 is suspended in gel form, rather than liquid, which mitigates the rate and amount of electrolyte leakage in event of severe damage. BMW has performed extensive development testing to demonstrate and verify the minimal risk of fire in the i3 battery system.

Armored from underneath by the thick floor of its Drive Module (aluminum), the i3 battery tray uses 96 self-contained and individually-managed battery cells grouped in a rectangular array of eight “twelve-pack” modules. Each twelve-pack may be individually diagnosed and serviced by a trained technician at any Authorized BMW Center in less than five labor hours.

With the first i3s set to hit the roads of Europe in the next week we are certain that BMW has done its due diligence and created a safe and reliable vehicle.

BMW Loans a i3 to Los Angeles Police Department for Evaluation