The 24-hour race of Daytona (US) enters the finishing straight: After three quarters of the United SportsCar Championship’s (USCC) season opener, BMW Team RLL and its BMW Z4 GTLM cars were able to consolidate its positions among the top-five of the GTLM field.

Dirk Müller (DE), John Edwards (US), Dirk Werner (DE) and Graham Rahal (US), are currently running third with the number 55 BMW Z4 GTLM, after completing 499 laps of the iconic “Daytona International Speedway”. The quartet are ranked directly ahead of their team-mates Bill Auberlen (US), Andy Priaulx (GB), Joey Hand (US) and Maxime Martin (BE), who hold fourth with the number 56 car. 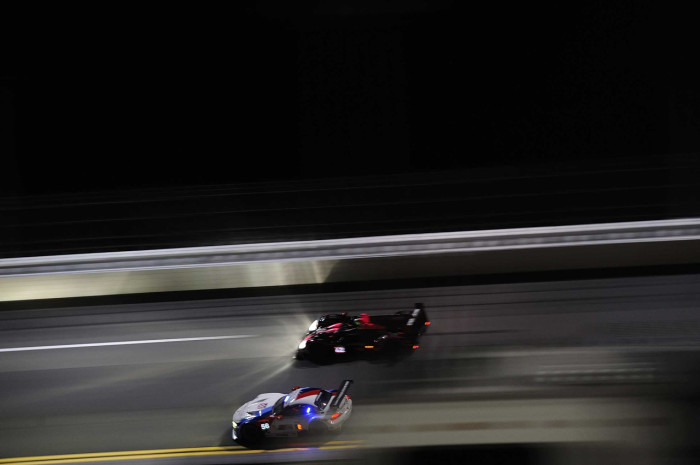 The night went by without any major incidents on the track. Despite the fact most of the 67 cars that started the race in Daytona are still running, there were just a few yellows up to dawn. The Turner Motorsport team also used these conditions to make up ground in the GTD class with its BMW Z4 GTD. Currently Augusto Farfus (BR), Paul Dalla Lana (CA), Dane Cameron (US) and Markus Palttala (FI) are running in ninth. 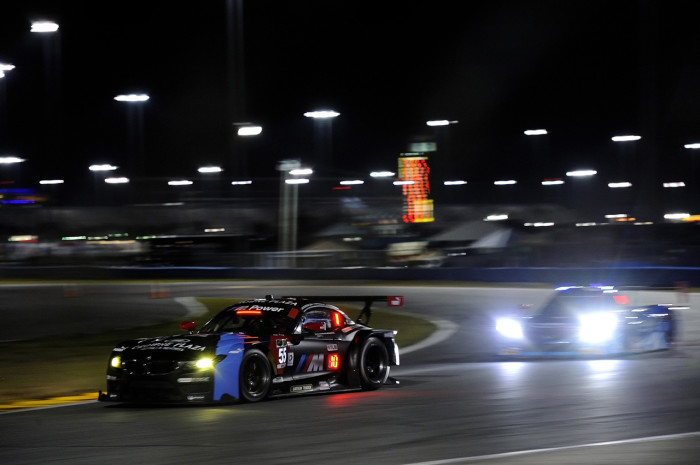 “At the moment our car is running like clockwork. We are able to put in lap after lap and our times were okay as well. In addition, the traffic out there was less wild than in the beginning. I managed to drive for two hours without any full-course yellow. This was great fun. I hope we keep going like this. If we stay out of trouble and make no mistakes, then we might be able to put the cars ahead of us under pressure a bit. Let’s wait and see.” 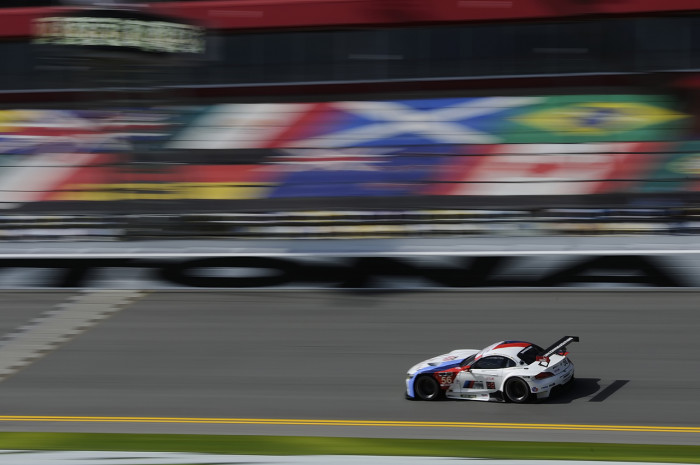 “Although there were still a lot of cars on the track, the traffic was okay during the night. However, our disadvantage in terms of top speed was clear to see. On the straight we just don’t stand a chance. Things got even more difficult due to a problem with the air filter. Nevertheless, the important thing is we are still in a promising position. Now the race enters its crucial phase.”

In an Incredible Finish, BMW Team RLL Wins the the 12 Hours of Sebring (Video)