Since the M3 CSL the M Division of BMW has been dabbling in lightweight technologies to reduce curb weights and increase performance. With the trend towards more technology and safety equipment (and the subsequent fattening of automobiles), these technologies have gone from performance luxuries to mandatories for M cars. As we’ve known for years now, BMW M is looking to lead the market in integration of lightweight composite materials – specifically carbon fiber – in mass produced cars. 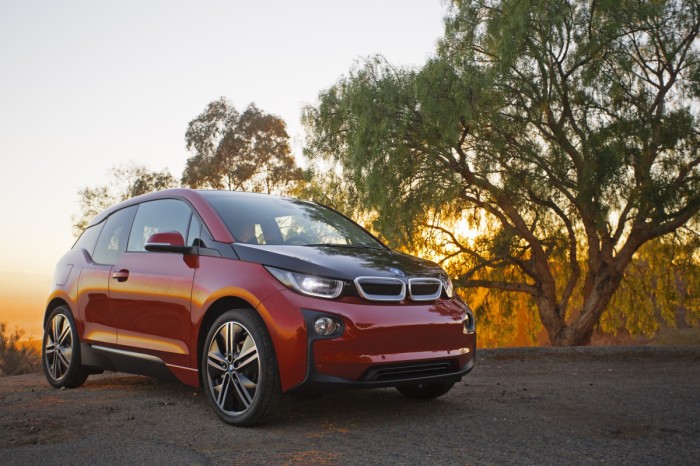 As it stands we’re now in the very earliest stages of BMW’s carbon fiber usage. The i3, with it’s monocoque carbon fiber chassis is where the rest of the brand will eventually head. But building a car from the ground-up from carbon fiber or CFRP, is a daunting engineering task and a big investment. So much so that BMW will likely not starting doing it in “series” production until potentially the 2016 G11 7 Series. That car may begin the process of seeing each of BMW’s platforms move in the carbon age. 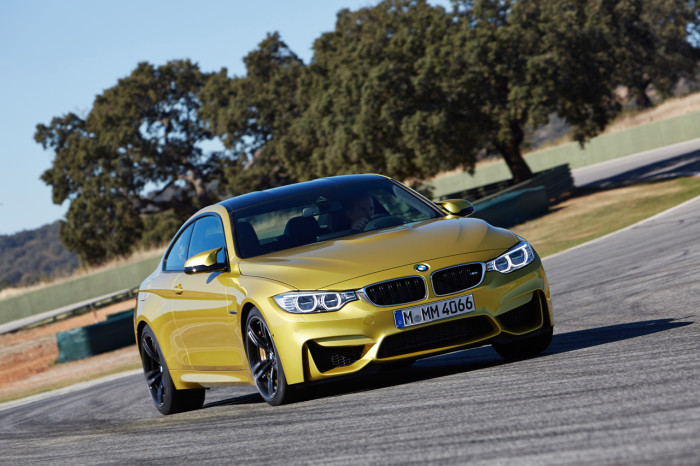 BMW M’s Transition into the World of Lightweight Design

The new F80/F82 BMW M3/M4 is are first look at this middle ground between the heavy-weights of the past 10 years and a newer generation of lightweight M cars. BMW M engineers have removed a surprising amount of heft using a strategy of reducing axillary component’s weight and increasingly replacing large body panels with CFRP. The affects are impressive – the new F80/F82 weight about as much as the E46 M3 – a car that was released in 1999.

Of course this is all for naught it the public isn’t interesting in paying for the technology. And that’s where M’s marketing arm is working to change the hearts and minds of buyers. The message is simple – power is not the only part of the equation when it comes to performance. It’s a host of things including lightweight design that creates an M car. So while we’ll see rivals such as the Audi RS4 and the Mercedes C63 surely increase power to almost 500 hp, BMW has opted for a more conservative power increase coupled with a substantial diet. Early interest in philosophy seems promising but ultimately sales will dictate its success. And as always, a small automaker like BMW can’t afford to lose.

This carbon fiber transition isn’t over with the M3/M4 however. The next model we’ll see using this strategy will be the M2. The successor to the 1M will follow many of the same paths with some notable exceptions. While the standard 2 Series is heavier than the 1M, BMW M is working to make the M2 not just lighter than the 135i but also lighter than the 1M. While price-point will surely dictate less of the costly weight-savings measures we see in the M3/M4, we expect several of the engineering philosophies to carry over. Notably a CFRP roof could be part of the mix along with other composite components. We also expect some of the M4’s lightweight suspension design philosophy (if not the exact parts) to carry over into the M2.

Of course the biggest weight savings measures could be the engine itself with M moving from an inline six to a twin-turbocharged four cylinder. This would not only reduce weight but ensure better weight distribution – something that the M235i, while good, isn’t great at. We’ve seen rumors of power outputs ranging from 350-380. It will likely depend on how much weight M strips away from the donor chassis but we would expect something around the 355 hp that the AMG CLA puts out.

Sources familiar with the situation have told us to expect the M2 around the summer of 2016 as a 2017 model. If this is the case we should start seeing the first evidence of the car testing later this year. And once on the road (even in test mule form) we should be able to quickly grasp how BMW’s carbon revolution will make its way to the M2.