Fascinating interview (via Car and Driver) with the man that defined BMW has a progressive design company for a generation.

CB: Seventeen years in that job is a long time—three generations of most models. For this next phase, my wife and I started a design company in Italy. But, in truth, every design is a car design. There just aren’t the old clay models around.

C/D: You once said your cars don’t look good in photos. Why?

CB: If, for instance, you’d never seen a Porsche 911, then suddenly saw only a side view of the car, well, it suffers—one of the most unusually proportioned vehicles ever. For complex cars, you need to take that “memory walk” 360 degrees around the car, and then you see how the different themes are connected. 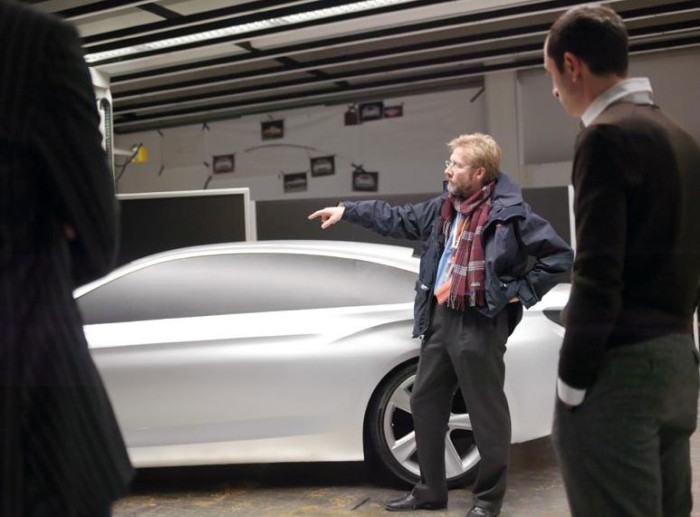 C/D: Who most influenced you?

CB: Giorgetto Giugiaro was a designer’s designer, pushing the relationship between form and function, always respecting manufacturing processes— the VW Golf, for example. Then there’s Marcello Gandini, who could design an abstract supercar as an ultimate statement—take the Countach, for instance.

C/D: Who are your clients nowadays?

CB: Lots of different companies. Hennessy came to me to do a new V.S.O.P. cognac bottle, an iconic form that hadn’t been touched in a long time. You’d better not screw it up! It reminded me of designing the Mini. And I’m the master designer for Samsung. I’ll leave it at that.

via Car and Driver